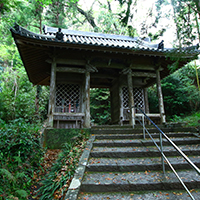 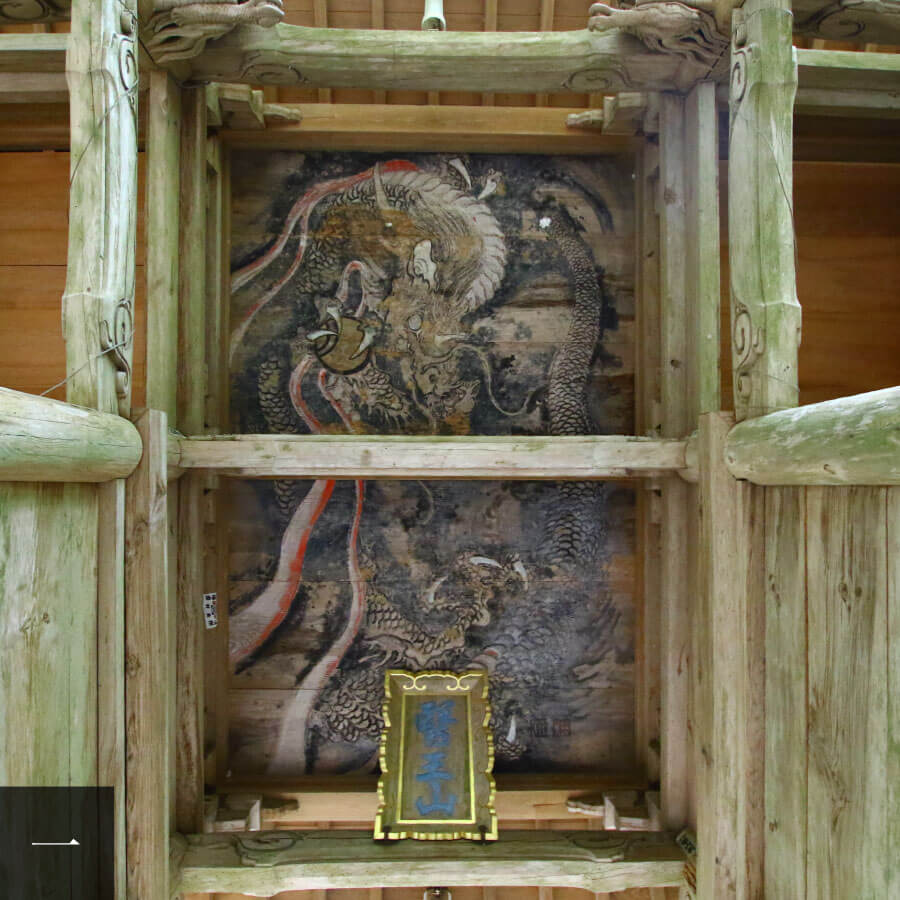 In 1900, when the tower was built at Kiyotakiji Temple, two sets of ceiling paintings by the underground painter Kubo Nanso, “Koryu-zu” (Imperial Dragon) and “Tenyo” (Celstial Maiden) were dedicated. The dragon continues on the two sides of the center, and the celestial maiden is drawn on the left and right sides of the dragon. In recent years, the “Tenyo” has been damaged by animals and has been transferred to the Treasure Museum.
Kubo Nansou (1848-1917) learned from Hirose Doi, privately with Aoki Nammei, and with Nambu and his reputation as a local painter improved. * Image 1 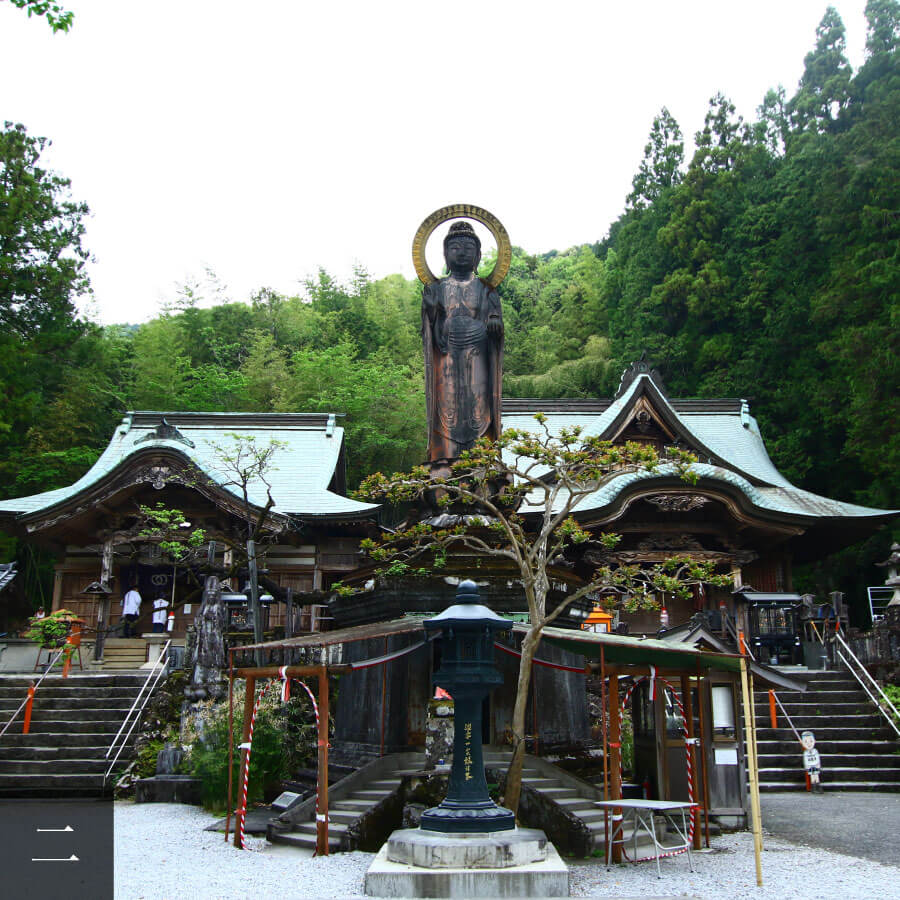 15m in height including the main hall and the pedestal. Donated by a paper manufacturer in 1958, Showa era year 8. You can go around the pedestal in 88 steps.

The history and origin of Kiyotakiji

The northern part of Tosa city. Located on the hillside of Mt. Mio, this is Kochi prefecture’s paper known for its Tosa Washi and handmade shoji paper. If you trace the source, you will find that it is a sacred place with Kobo Daishi and has an inseparable relationship. It is a place of great religion that reveals the “Mitsumata” (trident) and is an important source of water for making Japanese paper.
According to Engi, Gyoki Bodhisattva came here by pilgrimage in year 7 of the Yōrō era, and in this area he sensed the spirit and carved the statue of Yakushi Nyorai. It is said that this was the principal building of the temple and that it opened at the beginning with the name “Keizan-mitsuin / Taku-mokujii”. Kobo Daishi visited during the Kōnin era (810-24). He built a platform on a rock about 300m above the main hall and prayed for the good harvest of the five grains and practiced 17 days of training for the Akai Gongen (water offering ritual) and the Ryuo Gongen (dragon king ritual). When he pierced the platform with his priest’s staff on the day of the fulfilment of vows, water sprang forth out from above the stone and turned into a mirror-like pond. Therefore, the name of the mountain, the name of the temple, were changed as they are now, making it a sacred place.

This water not only irrigates the paddy fields, but also reveals the “Mitsumata” (trident) and was useful in paper-making, and eventually contributed to the Tosa Washi industry.
In Buddhist legend, the third prince of Emperor Heijō (reigned 806-09) left his house to tell of Kobo Daishi’s dream and was named Shinnyo (Tathata-“the ultimate nature of all things”). Shinnyo visited this temple, prayers were said for the increase in health and prosperity and protection from disaster, he reconstructed the 5-ring tower, and later envoys with the Tang Dynasty began. One of Daishi’s ten apprentices was there. Also, during the Edo period, the Tosa lord was heavily relied on, and received a donation from the temple territory.
It is a famous temple for praying for the eradication of bad luck and ill omens, and its symbol is a large statue of Yakushi Nyorai, which is higher than the main building roof.

Honjo, Amulet Yakushi Nyorai Statue, Inverse Tower (A tower that scourge yourself before life. It is now regarded as a “exclusive access mountain”.)

Turn left on National Route 56 from Tosa Interchange. Turn right at the next traffic light and go straight. About 3km.
⇒ Google map