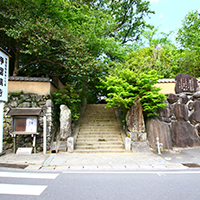 Hands of Buddha The Feet of Buddha in Stone Temple 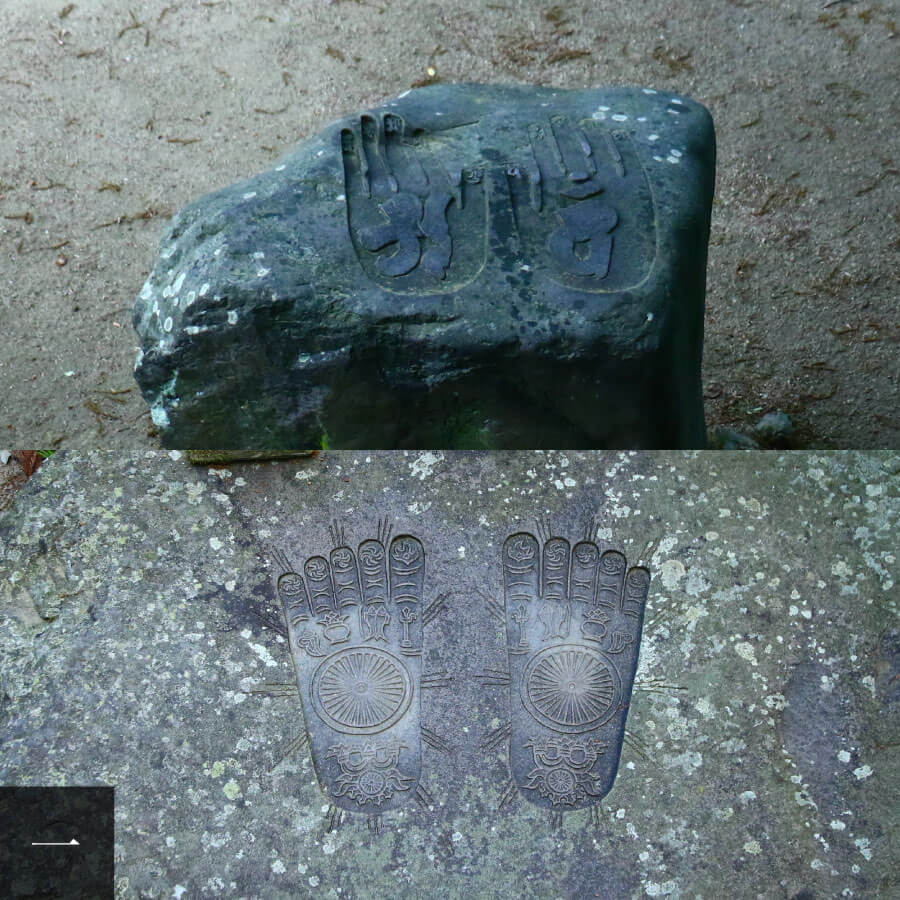 Enshrined under a large tree of an Ibuki juniper that is about 1,000 years old. Worshipped by followers praying for long life and good harvest. This Ibuki juniper with a tree height of about 20 meters is said to have been planted by Kobo Daishi and is designated as a natural monument in Matsuyama City. * Image 1 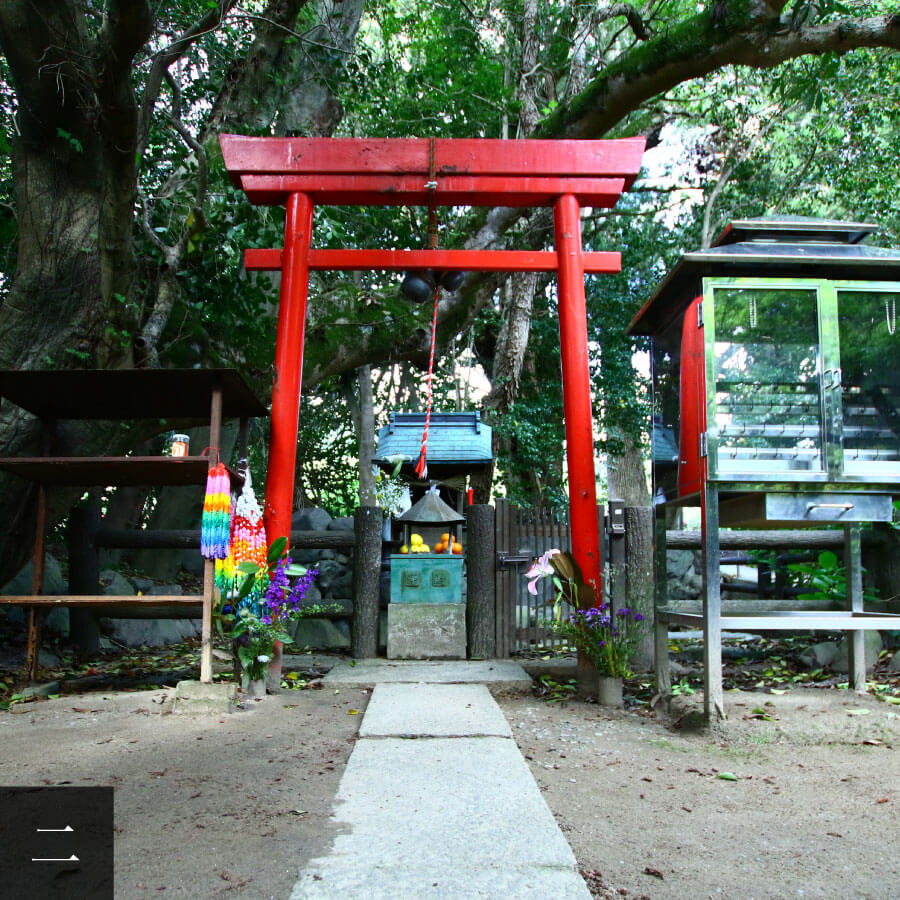 Inside the torii on the left side of the main hall. A celestial goddess (Ama) is enshrined, and that music, wisdom, beauty, treasure, and virtues are inspired spiritual experiences to be celebrated here. * Image 2

The history and origin of Joruriji

Joruri Temple is the first sacred place of Yatsuga Temple in Matsuyama City. To the left of the stone steps at the entrance to the approach, there is a monument of Shiki Masaoka engraved with “Eternal Sun and Emon Saburo Joruriji” that welcomes you to the pilgrimage. This area is known as the hometown of Saburo Emon, an ancestor of the Henro pilgrimage.

Following the reports of Engi, Gyoki Bodhisattva visited Nara in the first year of the Wadō era before the opening of the Big Buddha in Nara, and built a temple as a suitable place to practice Buddhism. The statue of Yakushi Nyorai was carved out of sandalwood wood to make it the main deity. Nikko and Moonlight Bodhisattva were engraved as flanking deities in the triad, and the twelve gods were carved and enshrined. The name of the temple is “Joruriji” from Ruriko Jodo (Pure Lapis Lazuli Temple), where Yakushi Nyorai is located, and the mountain is also named after Io Nyorai.
About 100 years later, in 807, the second year of the Daidō era, Kobo Daishi, who returned from the Tang Dynasty, stayed at this temple, restored the ruined temple, and established the temple as a Shikoku sacred site. At the end of the Muromachi period, the Ashikaga shogunate warrior, Michiaki Hiraoka suffered from illness and prayed to the principle deity of the honzon, and he was thrilled with the benefits and helped revive the temple pagoda.
In 1715, in the Edo period, most of the temple treasures and temples were burnt down in wildfire except for the main shrine and the flanking deities, but 70 years later, in 1785, a monk who became a priest from a local village, Takaon worked hard for the temple’s recovery. Takaon went soliciting all over the country while begging to revive the current main hall and other various halls with clean materials. He is also known as a social entrepreneur, and has built eight bridges on the Tosa Kaido from Iwaya-ji Temple to Matsuyama City.A large tree Ibuki-byakshin (city natural monument) over 1,000 years old.

From Matsuyama Interchange, take National Route 33 towards Tobe. Turn left at the first crossing after Shigenobu Bridge. Run along prefectural road 23 and turn right at the bus stop Hirose. If you drive towards Kuya, you will find it on your right.
⇒ Google map