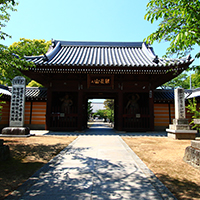 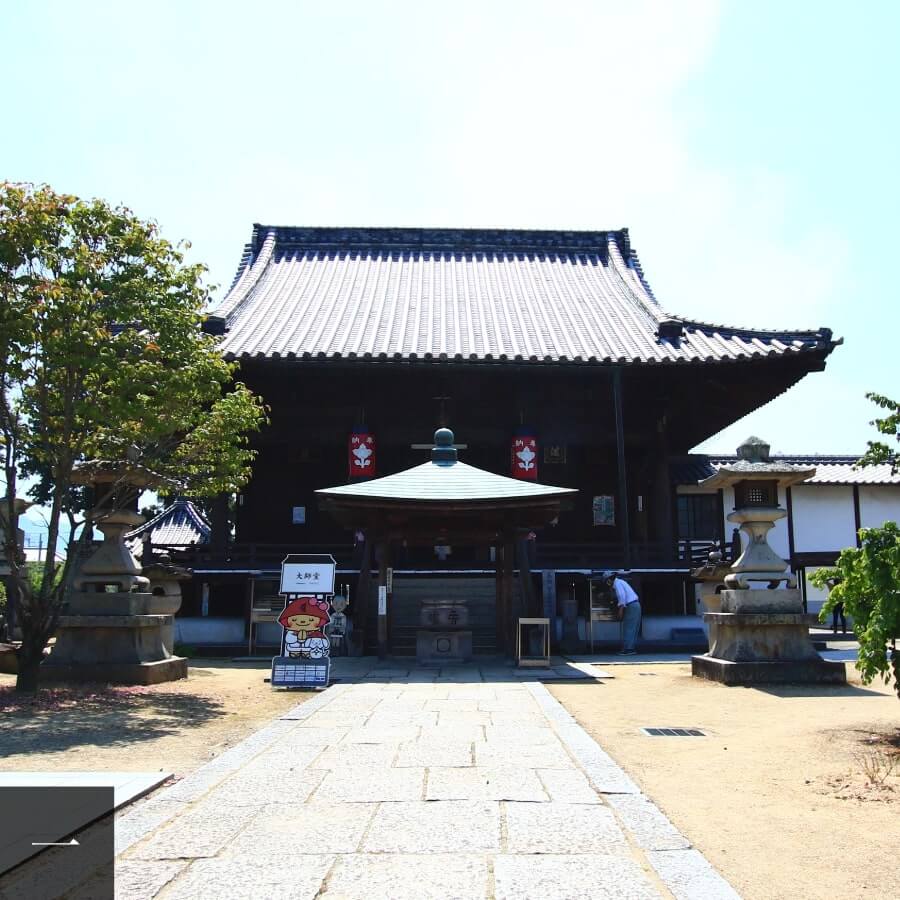 Enshrine statues of Chishou and Kobo Daishi. Both have earned the title of “Daishi” and are counted as “The 5 Great Daishi of Sanuki”. * Image 1 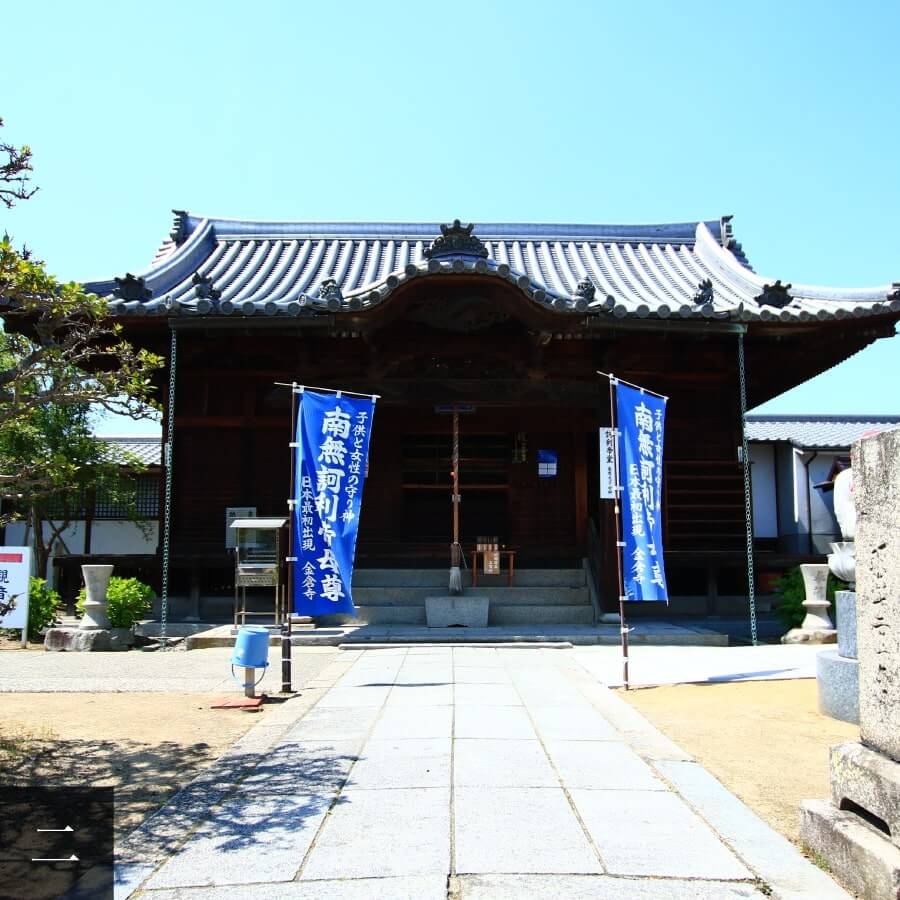 Left of the main hall. The statue of Kariteimo (Hariti) is worshiped at Kari Teido. * Image 2

History and origin of Konzoji

Konzoji is the birthplace of Kobo Daishi’s nephew, the founder of the Tendaiji-mon sect, Chisho Daishi.. According to Engi, Kobo Daishi was born in the 5th year of the Hōki era, just as Chisho’s grandfather, “Wakedouzen” was founded and Dōzen was named “Jizaiōdō”. It became Dozenji after taking the name of the foundation when it became a government temple in November of the first year of the Ninju era. Afterwards, Chishiro Daishi, who returned from Tang Dynasty, built a temple modelled after Seiryuji Temple in the Tang Dynasty, and carved the Yakushi Nyorai to become the principal deity. It became “Konzoji” in 928, on the order of the Emperor Daigo, and the name of the temple was named after the place of Kanakura-go.

Chisho Daishi was called “Nichidomaru” when he was a child and was reputed to have been very smart. When he was 2 years old, people nearby are said to have seen a shining light from around him when he was playing alone. And it was said, “Surely the Buddha was has been reborn. In the future, he will surely be a great person,” and the people rejoiced. At the age of five, a celestial maiden appeared in front of him. According to the legend, he was told that “You are one of Sankoten, the emperor’s morning star, and the manifestation of Kokuzo Bosatsu (Akasagarbha). If you follow the Buddhist path in the future, I will protect you always”. The legend that he was told this heavenly maiden is said to have become a Buddha after Buddha took the youngest child for the sin of eating another child. It is said that she became a Buddha after being taught the suffering of his mother who lost a child. She is called “Kariteimo”, known by another name as “Kishimojin”. It is said that Chisho Daishi, who grew up protected by this “Kariteimo”, was able to practice diligently and spread Buddhism.

Daishido / Kariteido / Nogi Nosuke
Relics exhibition room (Samurai Nogi’s favorite military cap, portrait, and letter from his wife, who lived in this temple for about 3 years from the 31st year of the Meiji era.)