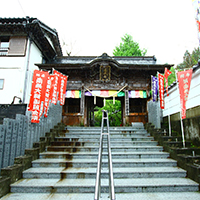 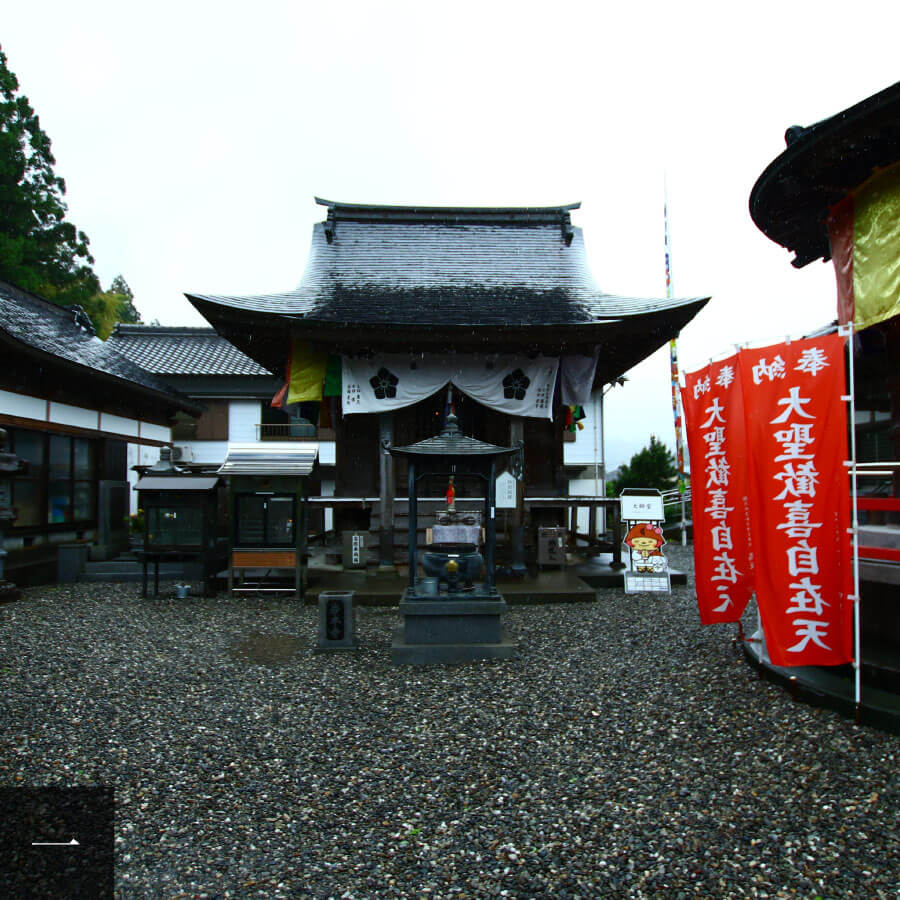 The building is about 200 years old and is the oldest on the grounds. * Image 1

The main ceiling pictures of the main hall 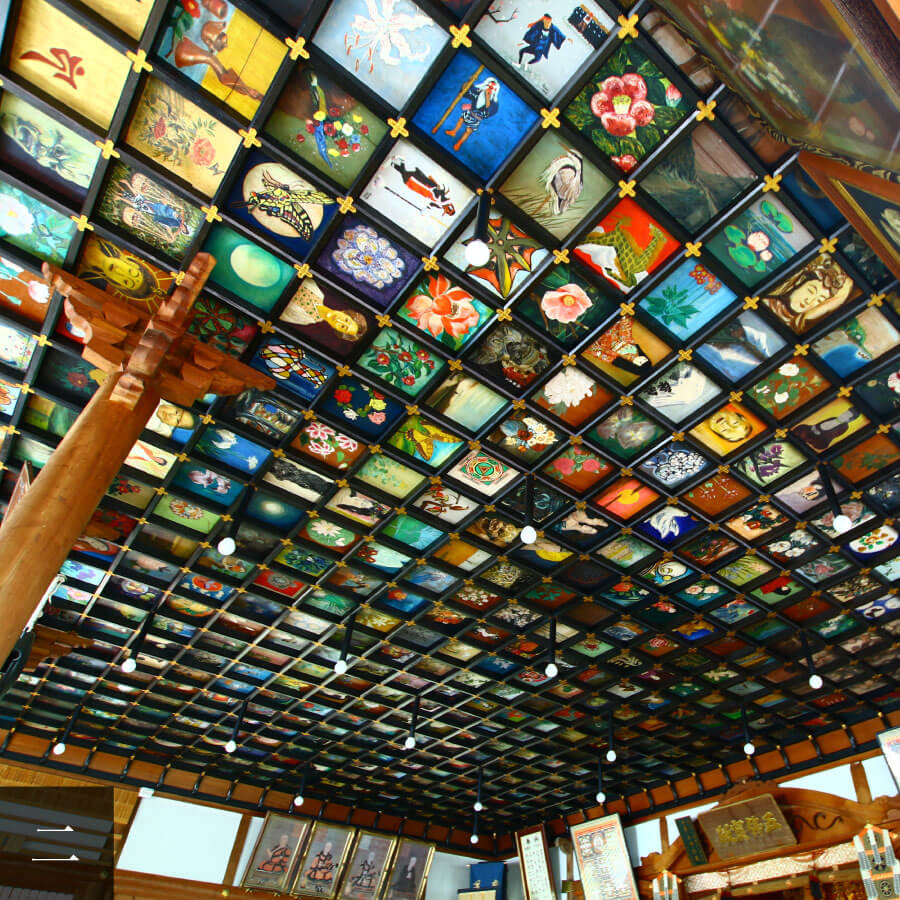 At the time of the new construction in 1978, 575 paintings from the public were offered. Images of flowers and birds to the human mandala decorate the ceiling. * Image 2

History and origin of Iwamotoji

The Iwamoto-ji Temple is built in Shimanto-cho, where the clear stream Shimanto River flows and the Konan Plateau with an altitude of about 300m spreads. History goes back to the Tenpyo era. According to Buddhist legend, Gyoki Bodhisattva, who served as the vassal of Emperor Shouma, he erected the temple near Niida Myojin, about 3 km northwest of the present location, praying for the eradication of the seven great difficulties and for the seven great fortunes of life. Fukutomanji Temple, which has the Sueji Shichigaji Temple, is the predecessor. It was also called Niida-ji because it was Nitta Myojin’s branch temple (Betsutoji). Kobo Daishi visited this temple during the Kōnin era. Daishi divided the gods of Niida Myojin, who had been enshrined as one, into five deities, and in the one, Fudou Myo statue, Kannon statue, Amida Nyorai statue, Yakushi Nyorai statue, and Jizo statue were enshrined as the main deities. . Daishi also built Sueji Gokanji. For this reason, Fukutomanji and other temples were called Twelve Fukuji Temple together with Shichika-ji, and Niida Myojin was called Niida Gosha.

During the Tensho period, both temples and shrines declined temporarily due to fire. At the time of reconstruction, the temple’s teachings and other duties were transferred to Iwamotoji Temple (then Iwamotobo), which was under the control of all the shrines in the area. During the Sengoku / Edo period, the temple received donations by warlords, lords, etc., and was proud of its prosperity as a place for temples and shrines. In the Meiji era, it was separated from Niida Gosha by the policy of separation of Shinto and Buddhism, and the main Buddha and Fudasho of Goson were unified in Iwamotoji. The road of hardship continued well into reconstruction, but the temples have been improved little by little until the present day.

Great ceiling painting of the main hall and main hall

From Route 36, take Route 56 towards Shimanto City. Go through Kubokawa tunnel and turn right at Furuichicho intersection. Go straight and turn left at the second traffic light. Turn right at the end. It is about 120m on the left side.
⇒ Google map