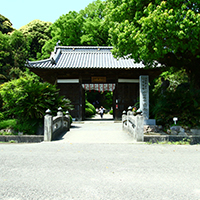 【Pilgrim’s Song】
Oh! look at plants of Komatsuoji
Wind blows to the teaching of Buddhist Law 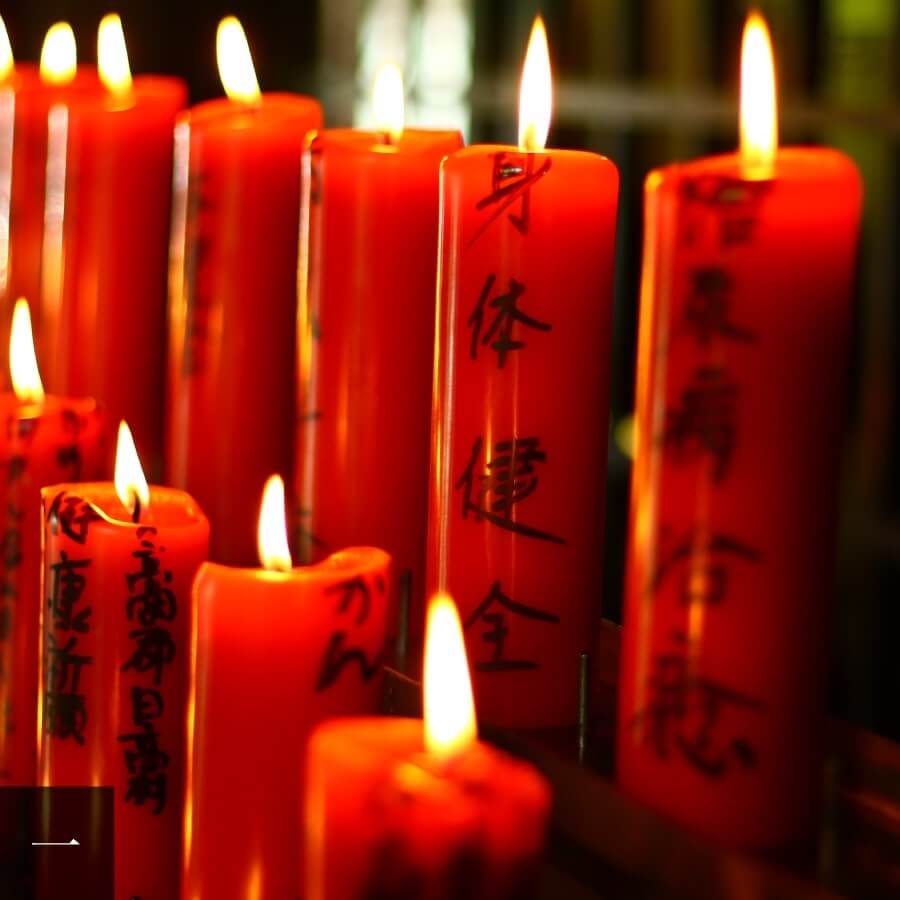 A red candle is lit in the main hall for 7 days for prayers. There are benefits such as healing of illness, safe delivery of children, and goodwill with others. * Image 1 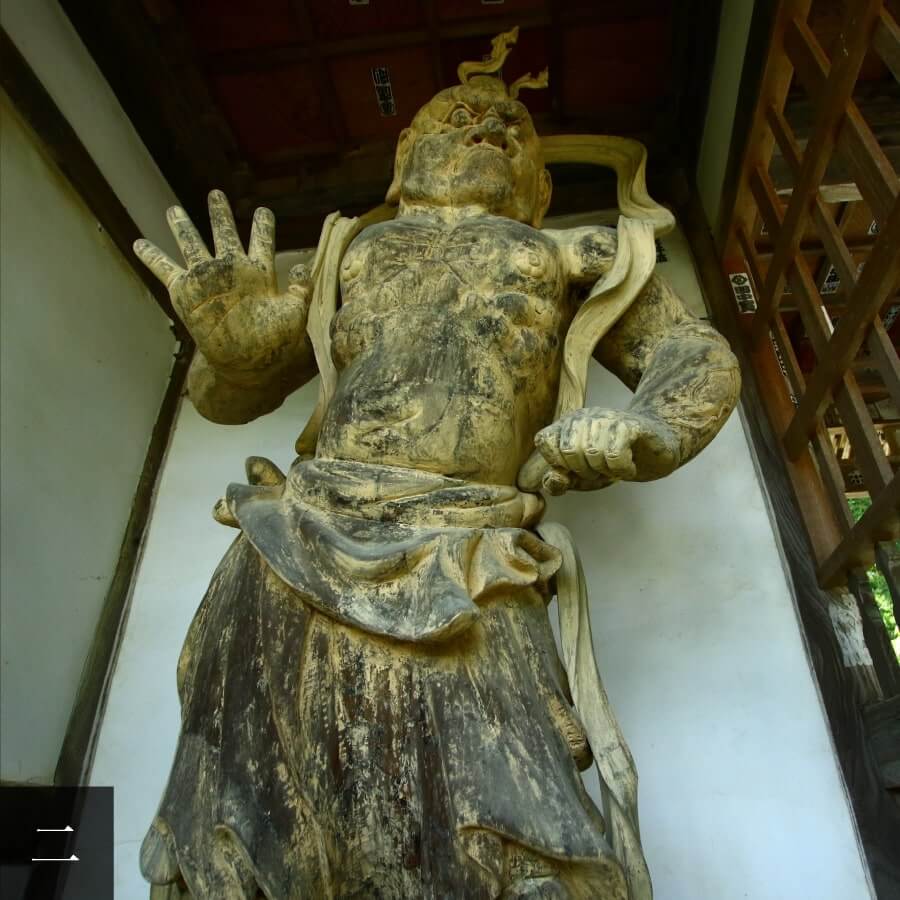 The majestic statues of the Deva Kings of the gate are said to be bring the great favour of Buddha. * Image 2

History and origin of Daikoji

Locally, the name of this temple is “Komatsuoji”, which is named after the mountain, rather than Daikoji, and is popular, and a nearby village is called “Komatsuo”.
According to Engi, it was built about 1 km northwest of the Todaiji Sue-ji Temple for the protection of the kami of the three main shrines of Kumano in 742, the 11th year of the Enryaku era, (792). In the 13th year of the Kōnin era, (823) it was reported to have been rebuilt by the imperial decree of the most virtuous Emperor of Saga. However, at the end of the Sengoku period, everything was destroyed by the fires of Motochika Sosokabe. The temple was rebuilt again in the Keichō era (1596-1615), but again burned down, and the main hall was once more erected in 1741, the first year of the Kanpō era..

The present Daikoji temple is a Shingon Buddhism temple, but it has a rare history that Shingon Tendai two Buddhist sects were enshrined in the same temple grounds. For that reason, the influence of Tendai Sect is so great that the Kobo Daishido is on the left side of the main hall. And on the right side, there is a remnant of the Tendai Daishido, which is dedicated to Tendai Buddhism. In addition, the flanking deities are Fudou Myou and Bishamonten, but Fudou Myou is in the Tendai style.
The following five items are designated as cultural assets in Kagawa Prefecture. One is a statue of a seated Yakushi Nyorai, which is 84 centimeters in height, of the late Heian period, made of hinoki cypress, lacquered, by the legendary Kobo Daishi. The Tendai Daishi seated statue, dating to the second half of the Kamakura period (1276), is painted with Japanese cypress wood and is 77.4 cm high. There are very few statues of the Tendai Daishi. Recent studies revealed that the Kobo Daishi sitting statue was the same as the Tendai Daishi sitting statue in the second year of the Kenji era. Designated as a cultural property. It is the oldest statue of Kobo Daishi in Shikoku. Two majestic statues of the Deva Kings at the Niomon are said to have been created by Unkei, a famous Buddhist priest, and have a height of 314 cm. They are early works of the Kamakura era, and the largest of all 88 Sacred Sites of the Shikoku Pilgrimage. “Daikoji”, marked on a plaque with the 4th year of the Bun’ei era (1267)