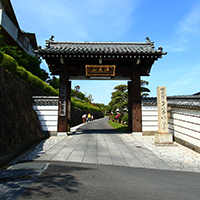 Underground town of phantoms
Ten thousand Kannon figures
About 10,000 mini Kannon statues are enshrined around the Honzon Shōkanzeon. (We are committed to fulfilling the wishes of our members.) * Image 1 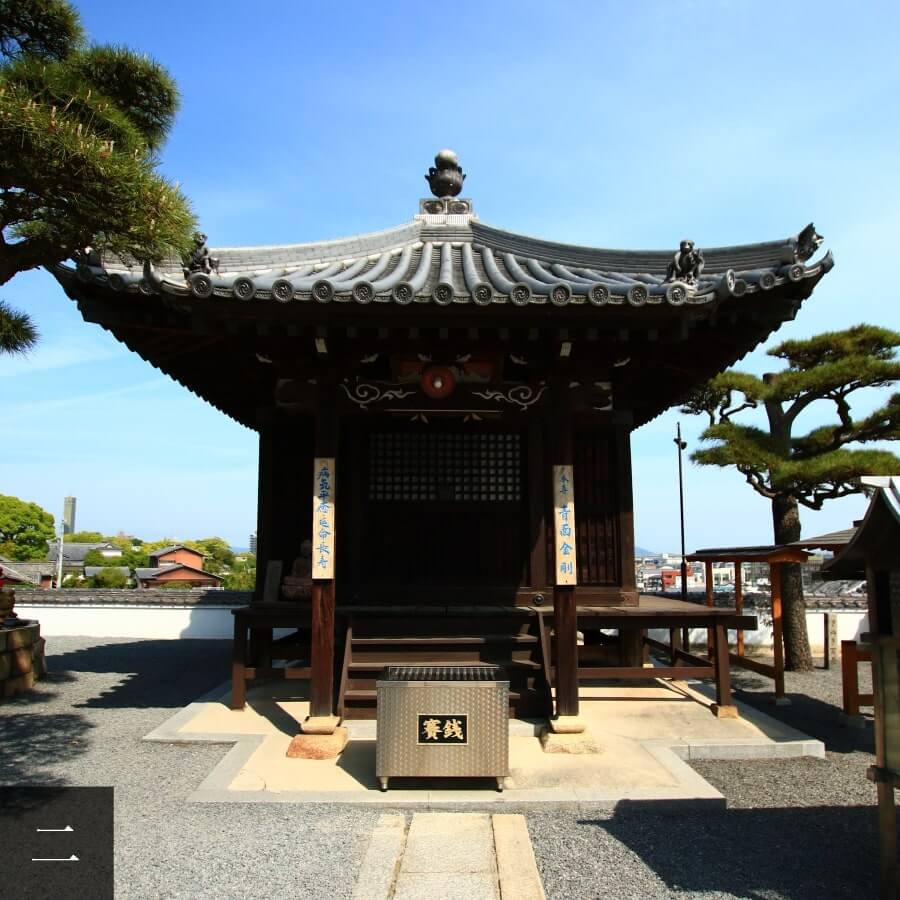 A temple that conveys “Kōshin”, (a folk faith in Japan with Chinese Taoist origins, influenced by Buddhism, Shintō, and other local folklore). It is said that there is a ritual with a blue-faced Kongo with six hands, and members have a spiritual experience that wards off sickness. * Image 2

History and origin of Goshoji

From the grounds, the view of the Seto Bridge over the Seto Inland Sea is stunning. It has prospered as a port town from the past, and it can be said to be the “front door of Shikoku”, so it is a sacred place with a deep relationship with high monks and famous monks. Locally known as “Yakuyoke Utazu Daishi”, (Warding off of evil Daishi) it is also the only Shikoku sacred place of “Jishuu” (sect of Buddhism). According to Engi, Goshoji was founded by Gyoki Bosatsu in the second year of the Jinki era. Gyoki sculpted a statue of Amida Nyorai about 55 cm in size, and enshrined it as the main deity, and was called “Bukkōzan / Dōjōji”. It is a remnant that the “Dōjōji” is enshrined in the “Goeika” (the pilgrim’s hymn in praise of Buddha). Afterwards, Kobo Daishi visited second year of the Daidō era (807) and felt that it was a land related to Buddhist law. He carved a statue of the Daishi himself and made a vow to ward off evil. This wooden statue of the Daishi is still widely worshiped as the “Yakuyoke Utazu Daishi”.

It is said that Rigen Daishi (Seihō 832-909), known as the founder of the Daigoji Temple in Kyoto, trained and practiced at this temple during the Ninju era (851-54), and also laid the theoretical foundation for Jōdo religion. It is said that the Buddhist monk city (Genshin, 942-1017) dedicated a picture of Shaka Nyorai, and built the Shakado in the Kanwa period (985-87). In addition, in 1243, when the author of “Nankai Ruroki” and the founder of the Chuin-ryu, Koyasan’s “Dohan’s dark pear”, became a temporary parable of this temple. The founder of the”Jishu sect”, Ippen Shonin (1239-89), stayed here in the first year of the Shōō era (1288) and spread the teachings of Shingon sect and Jishu sect. It became a unique sacred place among the 88 sacred sites, and the teachings of Shingon Sanmitsu along with the teachings of Pure Land Buddhism are still being transmitted today.

View of the Seto Ohashi Bridge from the adornment garden