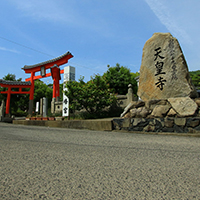 【Pilgrim’s Song】
In the floating world of Ten Eternal Pleasures
Even the emperor wanders. 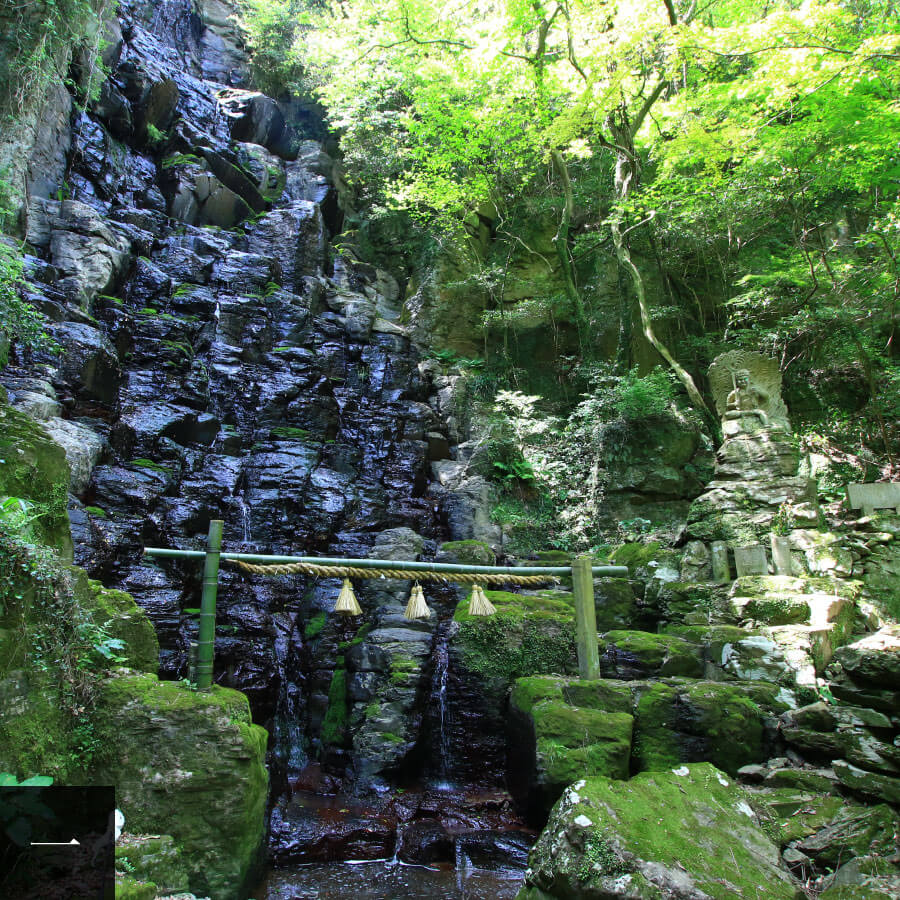 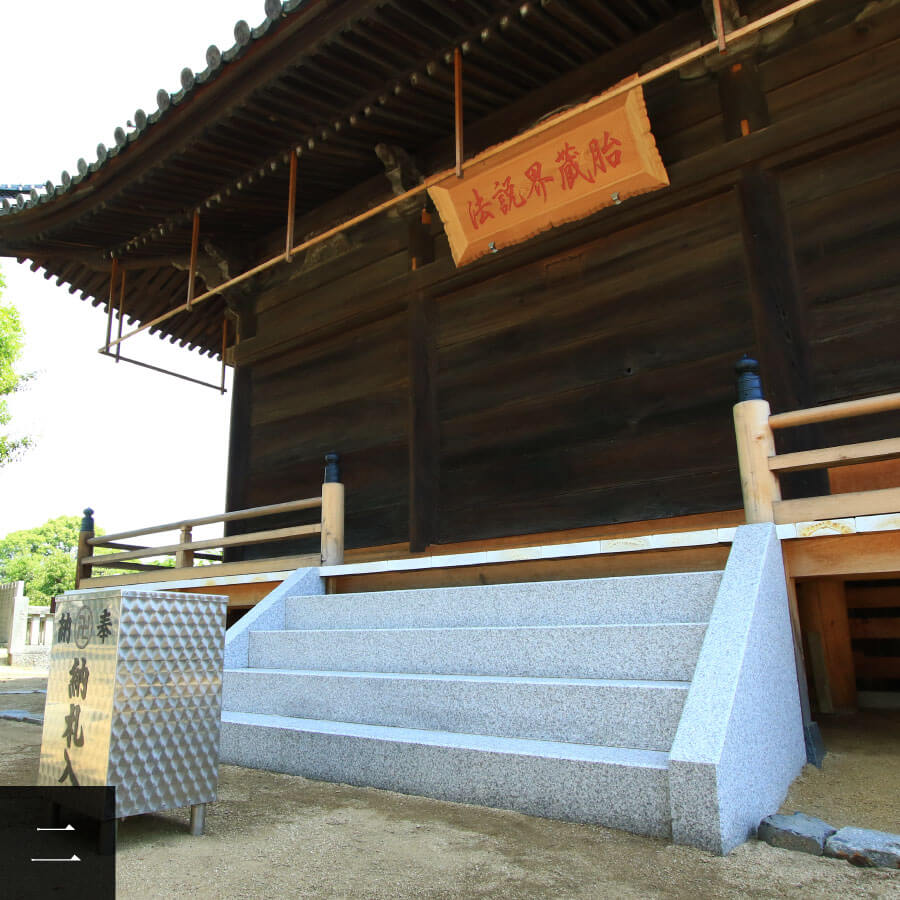 The history and origin of Tennoji

Gyoki, who visited the area for the Shikoku pilgrimage during the Tenpyō era, named this mountain where a lot of ore is produced as the mountain “Kanayabime” and “Kanayamahiko”. In the middle of Kanayama, Kanayama Maju-in temple was built with Yakushi Nyorai as the principle deity, showing that this area was the land of both Shinto and Buddhist practice.

Kukai visited later in the Kōnin era and moved the decayed Kanayama Mayaju-in to the location of the current No. 79 fudasho where it became restored as “Kinkasan Myoujoujuuji, Majuin”. It was with the thoughts of preservation that Kukai moved the temple. It was here where Kukai also encountered the Kanayama Gongen (manifestation of the Buddha as a Shinto kami), who protects the god mountain Kanayama. And it was also here where he caused the sacred water to come gushing from the heart of Kanayama. Kukai, who is convinced that all sorts of restoration is possible, placed the eleven-faced Kannon Bodhisattva, the Amida Nyorai, and Aizen Myou in this new area and enshrined them in the temple.

At the time when Emperor Sutoku who was later banished to Sanuki due to the rebellion in Hōgen era, and when Kukai met and carved the image of Amida Nyorai, Kukai also performed the restoration of “Kinkasan Myoujoujuuji, Majuin”which led to further directions of Emperor Sutoku. After the demise of Emperor Sotoku, the temple was built on the temple grounds, Emperor Saga gave the edict of another permanent work to be created. And that was to create the memorial temple for Emperor Sutoku, and it was called, “Sutoku-Tennoji”. Due to the abolition of Buddhism during the Meiji era this was changed. But thanks to the efforts of the chief temples of Kikazan Buddhist Temple Koushouin, it was decided to create the “Kinkazan Koushoin Tennoji”

The highlights of Tennoji

The vermilion torii towering over the precincts of the Emperor Temple is a Miwa Torii that is similar to the Oara Shrine in Nara Prefecture.

On the left side of the torii gate is a lower stone from Minamoto no Yoritomo, and in front of Tennoji Temple is the Sotoku Emperor Shrine (currently Shiramine Palace).

The Kanji mountain Buddhist temple Kosho-in Gohonson Yakushi-san’s character is dedicated to the front of the temple.

Location
Nishinoshocho Tennno 1713-2, Sakaide, Kagawa 762-0021
Tel
0877-46-3508
Parking
Yes * Only ordinary cars are available in the precincts. For microbuses and large buses, use Route 33.
Shukubo
(TempleLodging)
None
Website
None

From the Sakaide Kita interchange, head east on Route 33. After passing JR Yasoba Station, turn right at the sign at Nishishocho intersection and go to the approach.
⇒ Google map