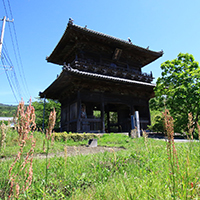 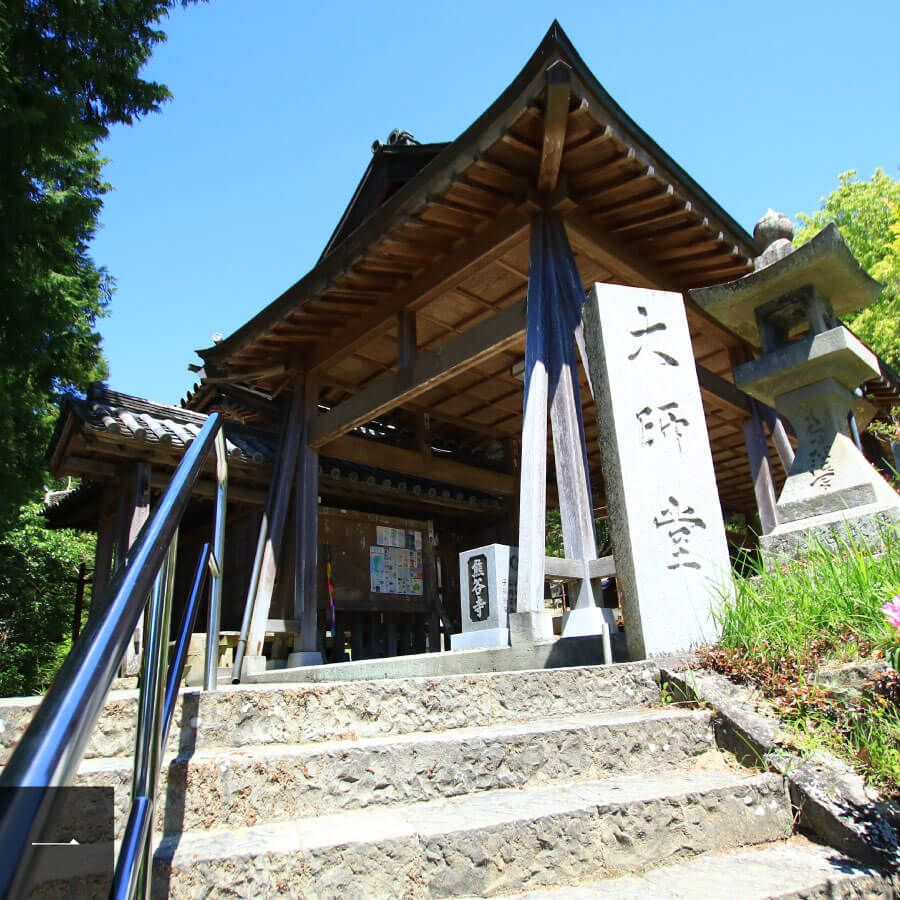 At the top of 36 steps on the left side of the main hall. A prefecture-designated cultural property built in 1707. 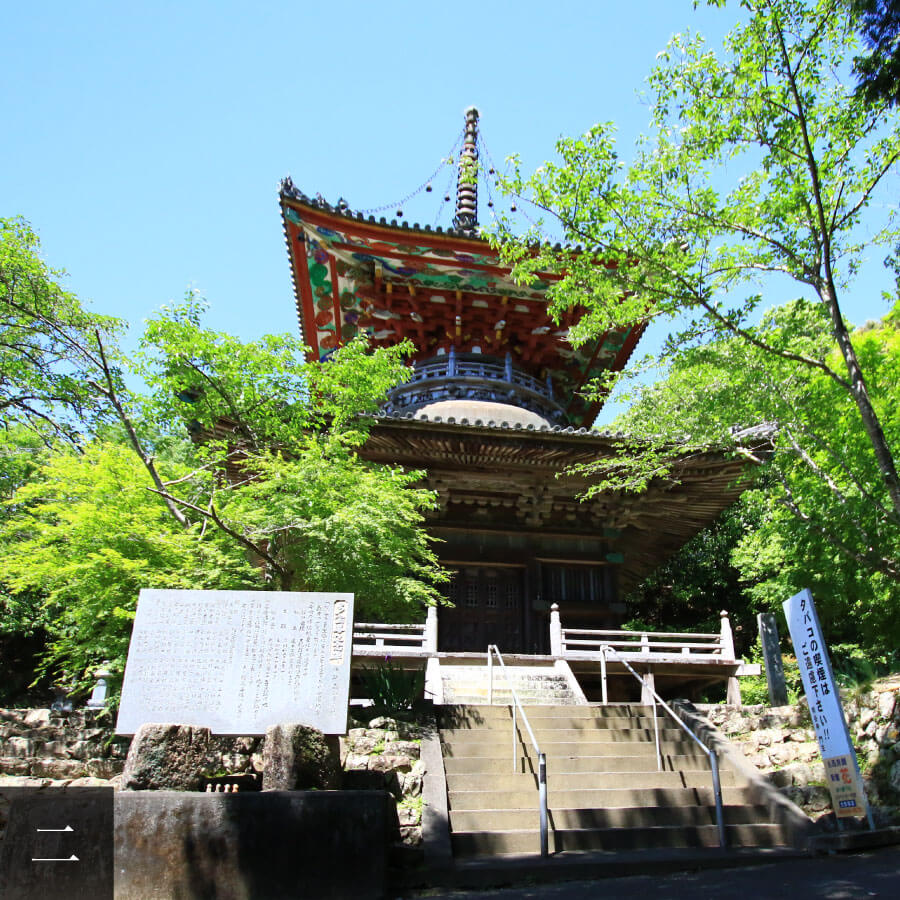 Established in 1774.Inside the center is the statue of Dainichi Nyorai The statue is enshrined in all directions.

The history and origin of Kumataniji Temple

It has the largest Niomon Gate in the Shikoku Sacred Sites. According to Engi, Kōbō Daishi was trained in the area of Kyogaya in the 6th year of Kōnin. At that time, the kami from Kumano of Kishu appeared and said, “Redemption will come to those on the last days.” He was given a gold statue of about 5.5 centimeters of gold and then left far away in the sky. It is reported that Daishi built a temple on the spot, carved a life-size Senju Kannon statue in the sacred tree himself, carved a statue of gold in its womb, and made it the principal deity. There is a guardhouse in the precincts, and the Kumano kami is enshrined. According to the book “Shikoku Jouki” in 1689, the second year of Genroku, “The precincts are clean, the valleys are deep, the waters are cool, and the southern sea can be seen. 126 Buddhist relics can be seen in the hair of the thousand-armed Kannon”, and the state of the grounds at that time can be seen.

There is also a theory that there had been fires several times before the Genroku era (1688-1704). However, in the fire of 1927 (Showa year 2), the main hall of Kobo Daishi’s work was burnt down along with the main hall. After that, the main temple was rebuilt in 1945 by the efforts of successive priests, but the construction was suspended in WWII. The aforementioned Niomon was built in 1687 and is a designated cultural property of Tokushima Prefecture. It is an eclectic style of Japanese and Tang, with a frontage of 9 meters and a height of 12.3 meters. The ceiling and pillars on the second floor are painted with a very colorful figure of a heavenly woman. The Kobo Daishi seated statue, enshrined in the Daishido, was created in the Muromachi period and is a cultural treasure as designated by the prefecture.

The highlights of Kumadaniji Temple

Daishido, Taho Tower, Bentenjima (Praying place for safe delivery next to the Nokyojou (adminstration office), with a taiko (drum) bridge)

From Donari Interchange, follow the prefectural road 139 toward Ichiba-cho. There is a sign for the temple. You can reach it by following the sign.
⇒ Google map