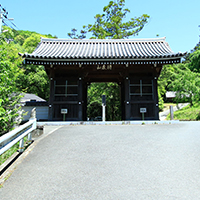 From Mountain Foot to the Main Hall 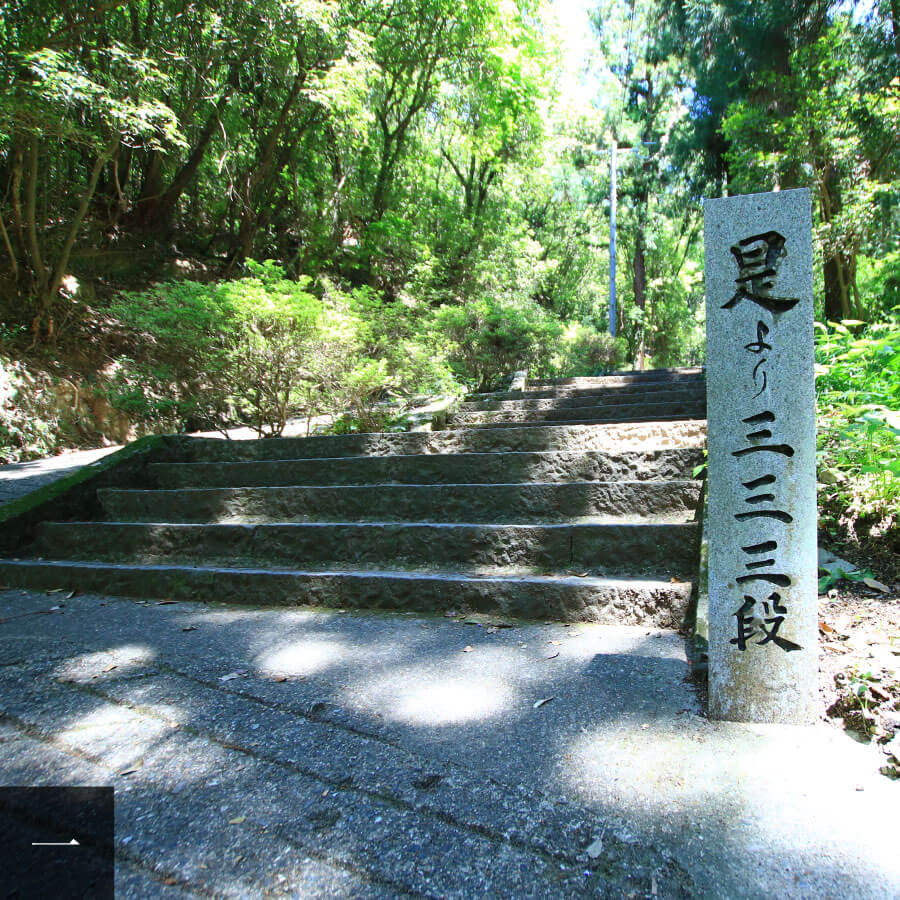 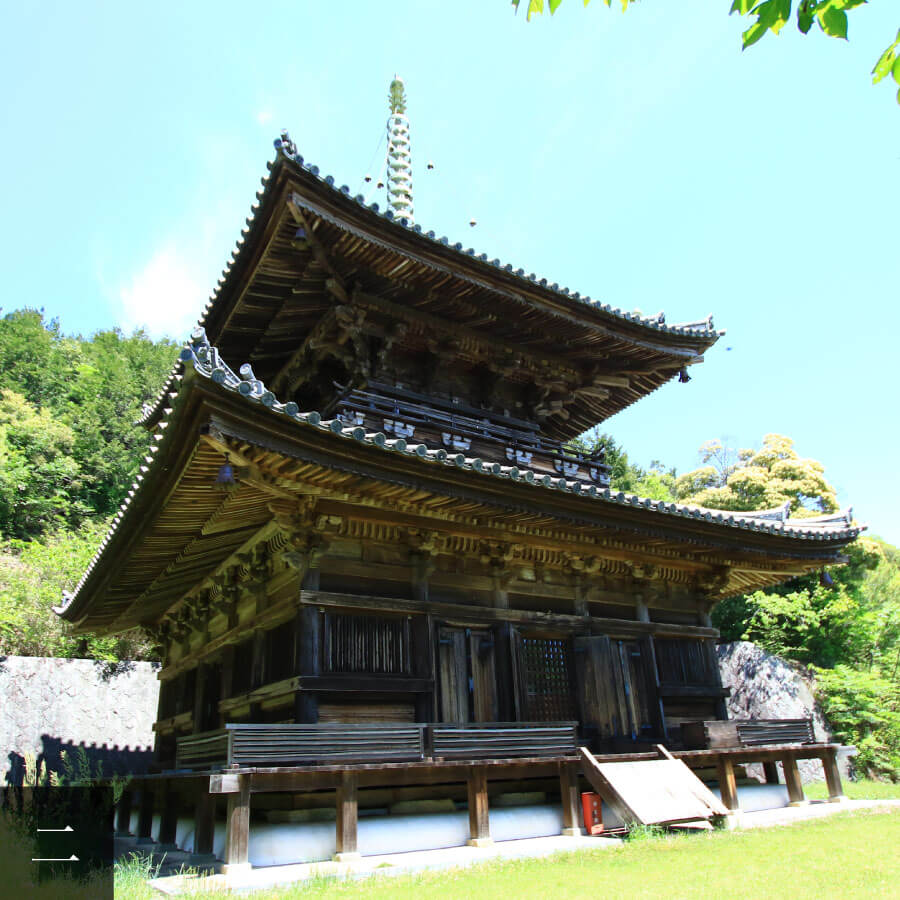 The space between Shouju and Nijuu is square, the only structural style of its kind in Japan. Toyotomi Hideyori was erected to honor Hideyoshi’s bodhi (enlightenment), and was relocated from Jinguji Temple, Sumiyoshi Taisha Shrine, located in the foothills of Osaka in the Meiji era year 6 and took 10 years to complete. * Image 2

The history and origin of Kirihatajiji

The grounds on the hillside of Kirihataji. The view from the large tower, a nationally designated important cultural property, is wonderful, with the Yoshino River flowing slowly underneath and the magnificent mountains of the Shikoku Mountains in front. In olden times, there was a maiden who weaved cloth at this foot of the mountain. Kobo Daishi, who was in need of repairing his own clothing, wanted a piece of cloth to repair his broken vestment on the seventh day of his meditation. The maiden cut out the woven cloth without hesitation and offered it. The master was so impressed with this courtesy he asked, “What are you hoping for?” The maiden said, “My father was exiled from the capital, and my mother was pregnant, but if a boy was born, that child would be in danger. I prayed to Kannon to have a girl”, she said,” I wanted to become sanctified with Kannon on behalf of my deceased parents, and I would like to enter the Buddhist world and devote myself.”

The master was deeply impressed, and immediately sculpted the statue of Senju Kannon, so inspired by the maiden. The maiden immediately became a Buddha, and transformed into Senju Kannon, emitting seven colors of light from her body. The Daishi told this to the Emperor Saga, enshrined the Senju Kannon statue carved by the Emperor’s petition and carved another of himself, facing the south, and the Senju Kannon statue was immortalized in the north. It is reported that it was made the principle deity. The names of Tokudosan (entering the priesthood), Kanjou-in (baptism into buddhahood), and Kirihata Temple are also based on these reasons. Sakai is a town in the town of Monzen where pilgrimage equipment stores are lined up. Known as “a woman’s instant Buddhist temple”, it is popular with women who desire to be good women and to radiate like this maiden in seven colors.

From the foot of the mountain to the main hall ・ Kirihata Temple Tower (National Important Cultural Property) ・ Senju Kannon (a bronze statue of a maiden who instantly became a Buddha and turned into Kannon. She has scissors in her right hand and a long cloth in the left.)