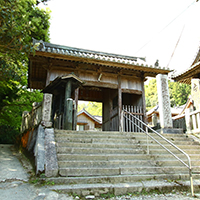 【Pilgrim’s Song】
Fujiidera Temple, a color and incense
There is no day without the waves of Shinyo 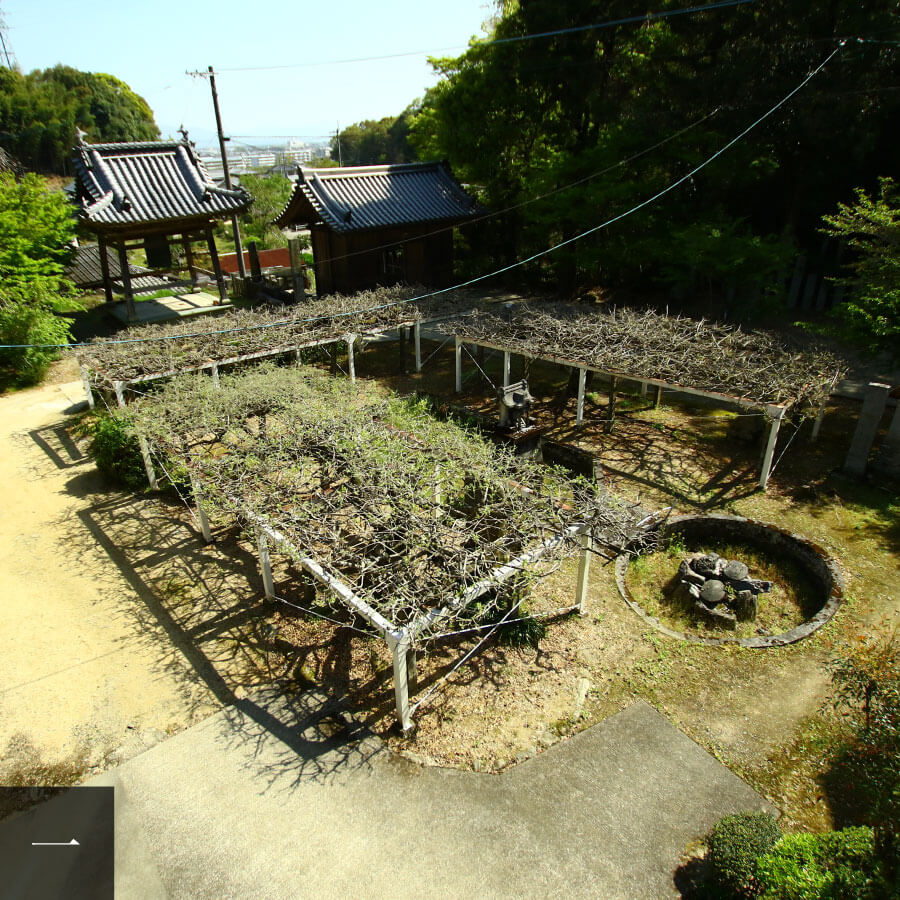 After the Daishi prays for dispelling the plague
It is said that the wisteria was hand-planted, from late April
Five colors of wisteria bloom in early May.
(At the beginning of April photo season) * Image 1 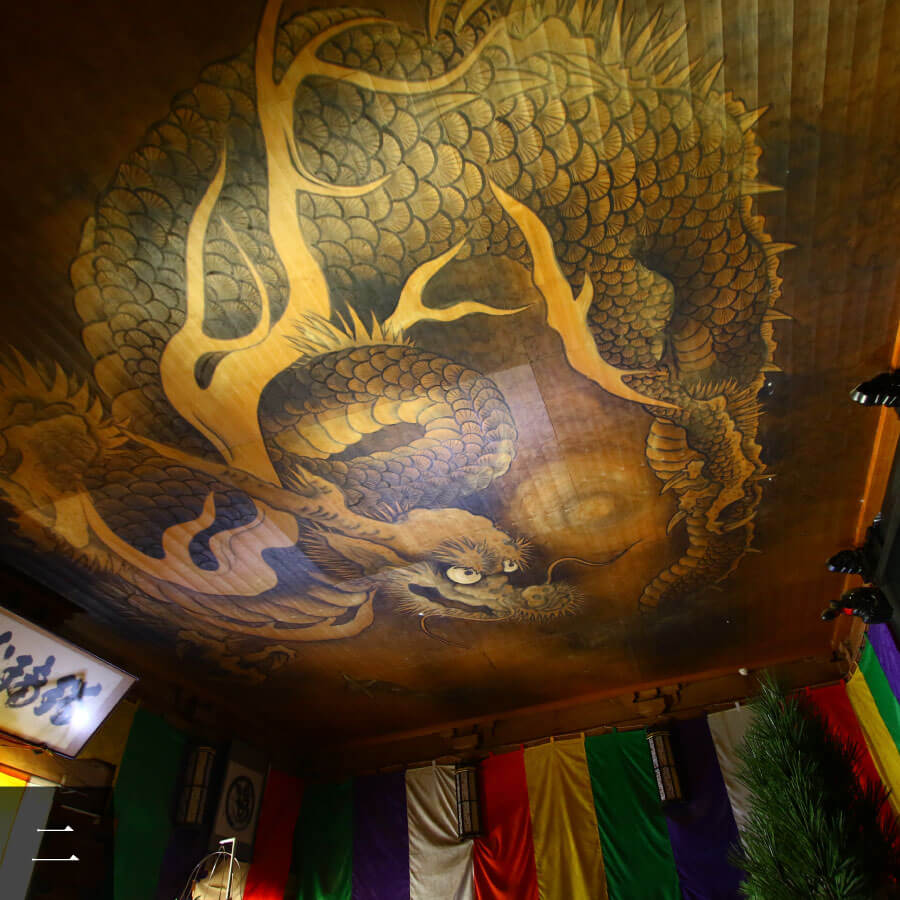 History and origin of Fujiidera

Shikoku’s largest, Yoshino River, 236 km long, flows through the northern part of Awa. Cross the Awa Chuo Bridge to the south, and you will see the gate of the 10th Sacred Site at the foot of about 3 kilometers. It is said that Koho Daishi, who was surrounded by mountains on three sides was attracted by the clean mountainousness of the mountain stream, and was able to learn the Goma ritual in this area in the 6th year of Kojin. Daishi was 42 years old. He sought remedy to his own troubles and sculpted a statue of Yakushi Nyorai in hopes of bringing well-being to the people. On the 8 tatami sized rocks, about 200 meters above the ground, a solid guardian tower, which is called the indestructible vajra, was built and the master subjected himself to 17 days of training. From the history of planting five colors of wisteria in front of hall, it was called the Indestructible Vajra Fujiidera Temple.

The temple flourished as a dojo of Shingon Buddhism and developed into a grand temple of a seven structure temple grounds. However, all the mountains were ravaged by the fires during the Tensho period (1573-92), and they fell into decline until the early Edo period. Later, the Nanzan Kokushi of the Rinzai sect, who had been devoted to the Awa lord in the Enpō era year 2, (1674), entered the mountain area and revived the temple, and the temple was changed to the Rinzai sect. In 1832, fire broke out again, and all the temples other than the main shrine were turned to ash. The current temple was rebuilt in 1860. The main deity is known as a “Protection from Evil Medicine Buddha” and is designated as an important cultural property of the country. From Fujii-ji Temple to the next, 12th temple, Shozanji,, there is a “Henro-do” that keeps the appearance of ancient times. This is a valuable path where the ruins, stone buddhas and stones that Kobo Daishi rested on during training are preserved.

Ancient wisteria, ceiling paintings of the Cloud Dragon, and pilgrimage path (up to the next 12th fudasho is about 13 km on a narrow mountain path. It is a difficult place of pilgrimage that is said to take 8 hours for men and 9 hours for women.)

From Donari Interchange, turn left on Route 318 to Kamojima, cross Awa Chuo Bridge and turn left at the end of Route 192. Turn right at the traffic light in front of Kamoshima Post Office and you will reach the road.
⇒ Google map