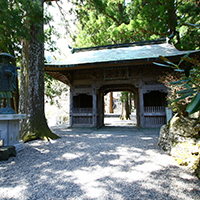 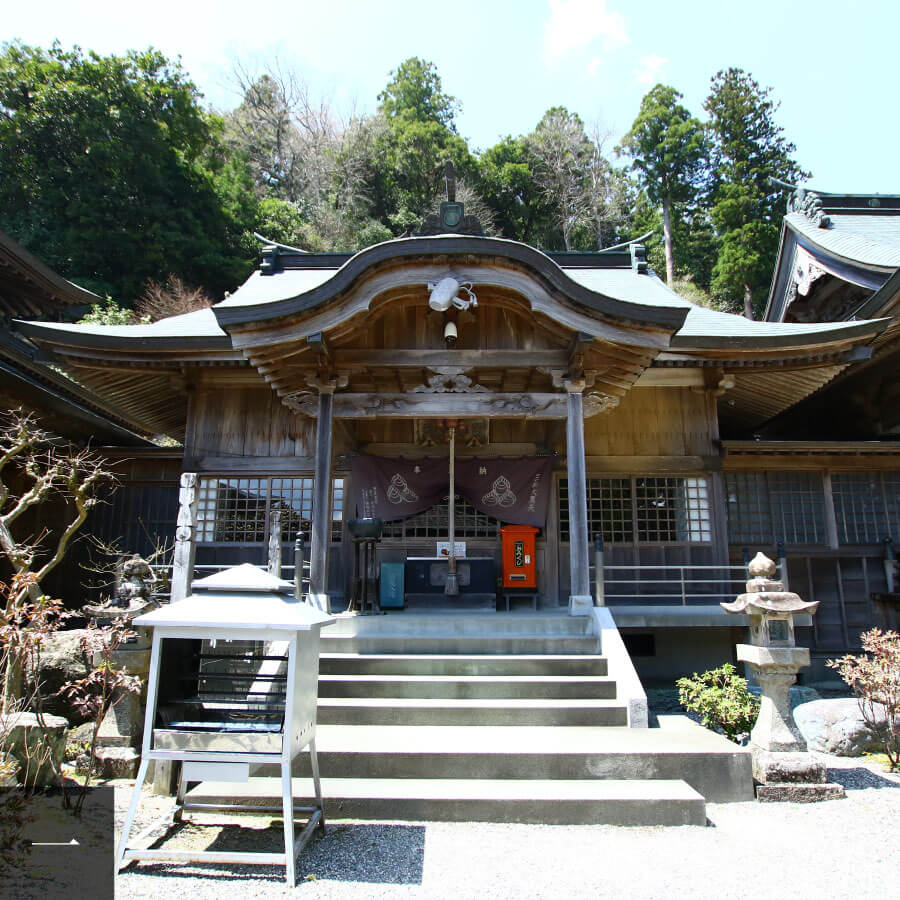 The center is Daikokuten (god of wealth), the right side is Bishamonten (guardian of Buddhism), and the left side is Benzaiten (goddess of music, wealth, and water). Located in the hall on the left side of the main hall. * Image 1 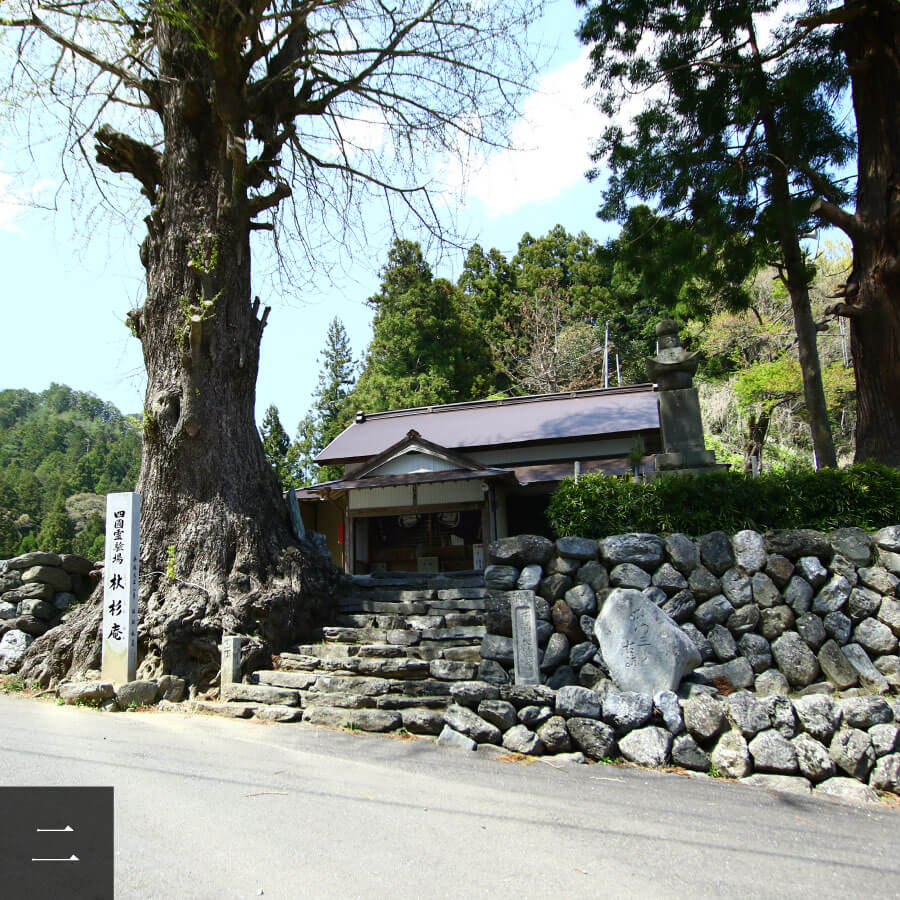 A temple built on the ground where Saburo Emon, a founder in the Shikoku Henro, is said to have met his end. An extraordinary sacred place about 1.6 km down the road from the grounds. * Image 2

History and origin of Shozanji

Located near the 8th station of Shozanji (938 meters above sea level), it is the second highest mountain temple of the Shikoku Sacred Sites. The view of the mountains of Shikoku Mountains, such as Kenzan and the Shikoku Pilgrimage has several fudasho called “Henro Falling”, which means that the path is dangerous and easy to fall down from. One of which is Shozanji Temple. There is a road now to the top of the mountain. According to Engi, the beginning of the temple is that priests opened up the mountains during the Asuka era and enshrined Zao Gongen. However, there was a magical serpent on this mountain, often spitting fire and attacking crops and villagers. Around the 6th year of the Kōnin era, when Kobo Daishi visited this area, he had a dream where Amitabha, a place where he rested in Ipponsugi, appeared. When he woke up, there was a sea of fire in front of him. Then, when he went up the mountain and after purifying myself in the Ketori River, the large snake blocked the whole mountain as a sea of fire. Daishi made a sign of “Wheel of Water”, and proceeded while chanting, but the snake retreated to a cave near the summit.

The Daishi prayed with all his heart and sealed it in a cave under the protection of the Akasagarbha bodhisattva. He prayed for the continued of the local homes, for the homes that were damaged, and for the harvest of five grains, he also enshrined the three-faced Daikokuten which he carved by himself. The mountain has become a “yake-yama”, which means “burnt” so the master named it “Shozanji”, which uses the same characters. The mountain name of “Maya” and the temple name of “Shozanji” are derived from such incredible legends, and in the latter part of the Kamakura period, they became the cradle power for Emperor Gojo (reign 138-39). The grounds are lined with hundreds of giant ancient cedar trees (prefectural natural monuments) and welcomes pilgrims.

It is convenient to use prefectural road No. 20 via Ishii-cho via Route 192 from No. 11 Fujiidera.
⇒ Google map