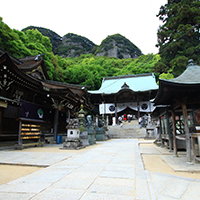 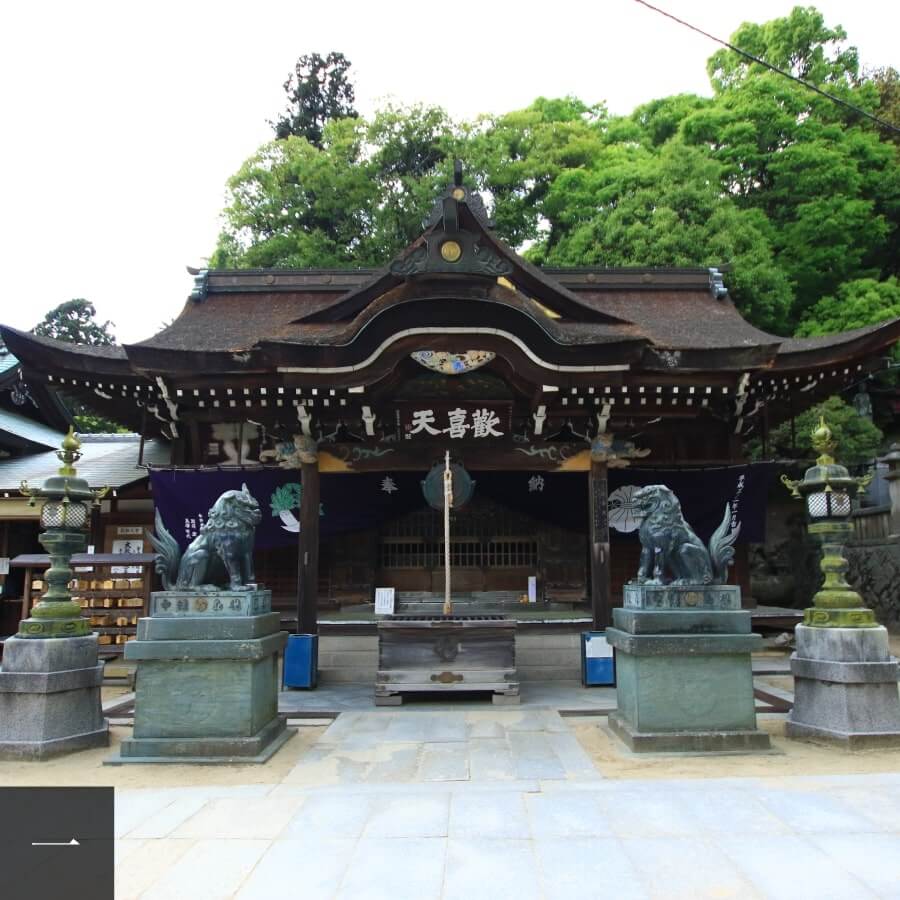 Shoutendo is located next to the main hall, and is enshrined by Mokujiki Shounin the heavenly gifts from Former Emperor, Emperor Go-Mizu-no-O and the Empress Gomizu no O-Tennou O-Hitou Fukumon-in. It is said that praying here will bring benefits in prosperous business, academic achievement, and marriage, and is lovingly called “Yakuri no Shouten-san”. * Image 1 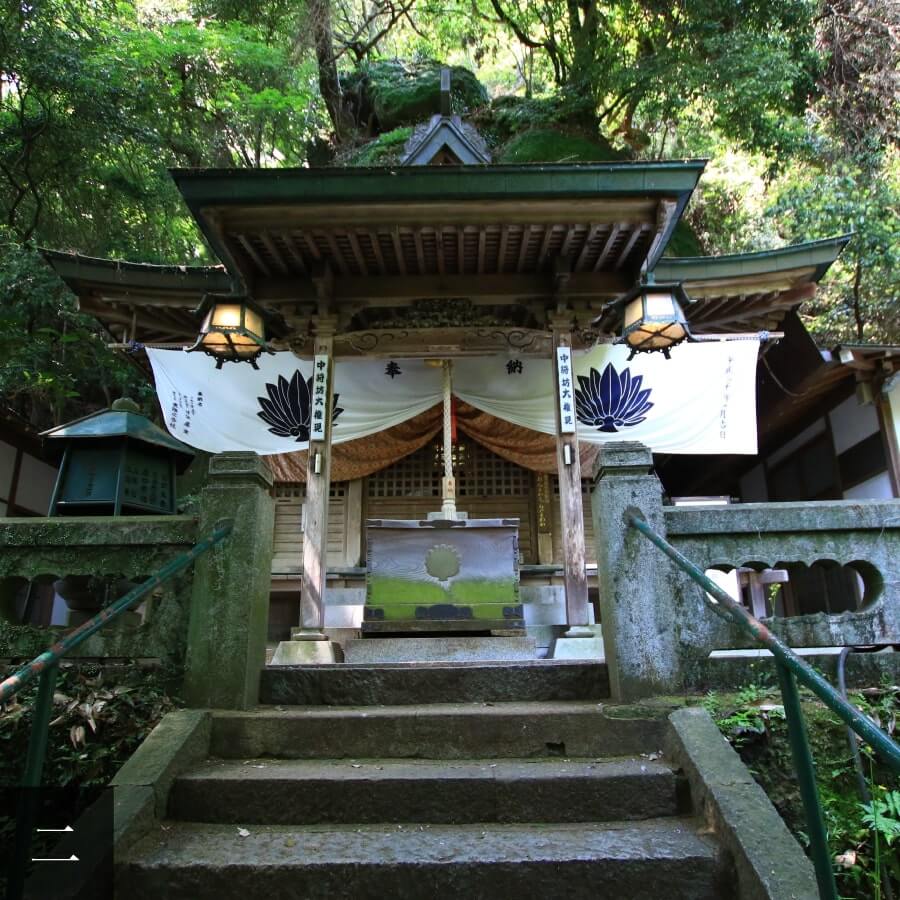 Nakashobo is enshrined in the Chushobo temple that is built behind the main hall. A tengu who comes down from the mountain at night and does good for the people and goes home in the morning. There are clogs that are dedicated to the side of the Nakashoboudo, and if the clogs are dirty the next day, it was a sign that Nakashobo worked the night before. * Image 2

The history and origin of Yakuriji

On the east side of Yashima, there is Five Peak Mountain range with an altitude of 375m across the old battlefield of Genpei. A mysterious mountain like a sword pushed up from the ground. Yakuriji is at the 8th station, and many pilgrims ascend by cable car. In the 6th year of the Tenchō era, when Daishi climbed this mountain and mastered the Gomonjihō method, five swords came out and the mountain guardian Zao Gongen appeared. And he said to Daishi, “This mountain is a sacred place that is suitable for Buddhism”, so Daishi buried those swords in the mountains to protect them and carved a statue of Dainichi Nyorai and named this place Gokkenyama (The Mountain of Five Swords).

It was originally named Hokukokuji Temple, as from the top of Mt. Gokken, you could overlook the four sides of Shikoku, including Iki, Awa, and Bizen,. Throughout the calendar years, the teacher climbed the mountain again before studying in Tang. Eight roasted chestnuts were planted by Daishi to determine the success or failure of the Nitto Law. When he returned home safely and visited again, the baked chestnuts that would not sprout had sprouted. This is why the name was changed from Hokukokuji to Yakuriji. This temple was also burnt down by Chōsokabe’s solders. However, during the Edo era, Muhen Shounin rebuilt the main hall (Mima Shimen), and the Takamatsu feudal lord, Matsudaira Yorishige revived the current main hall, and enshrined Kobo Daishi’s sacred Bodhisattva as the principle deity, and came to call it Kanjiin. Gokenzan suffered a big earthquake in the 3rd year of the Hōei era, (1706), and one of the eastern ridges collapsed from the middle creating the present shape we see today.

Seitendo, Nakashobodo, Taoshido beside Taho Tower and Belfry Hall (established in 1791 in Kansei 3) There is an art lantern with the name: “For Watanabe, there is a place for hikers”