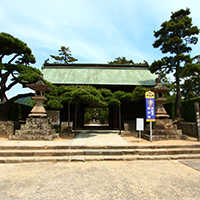 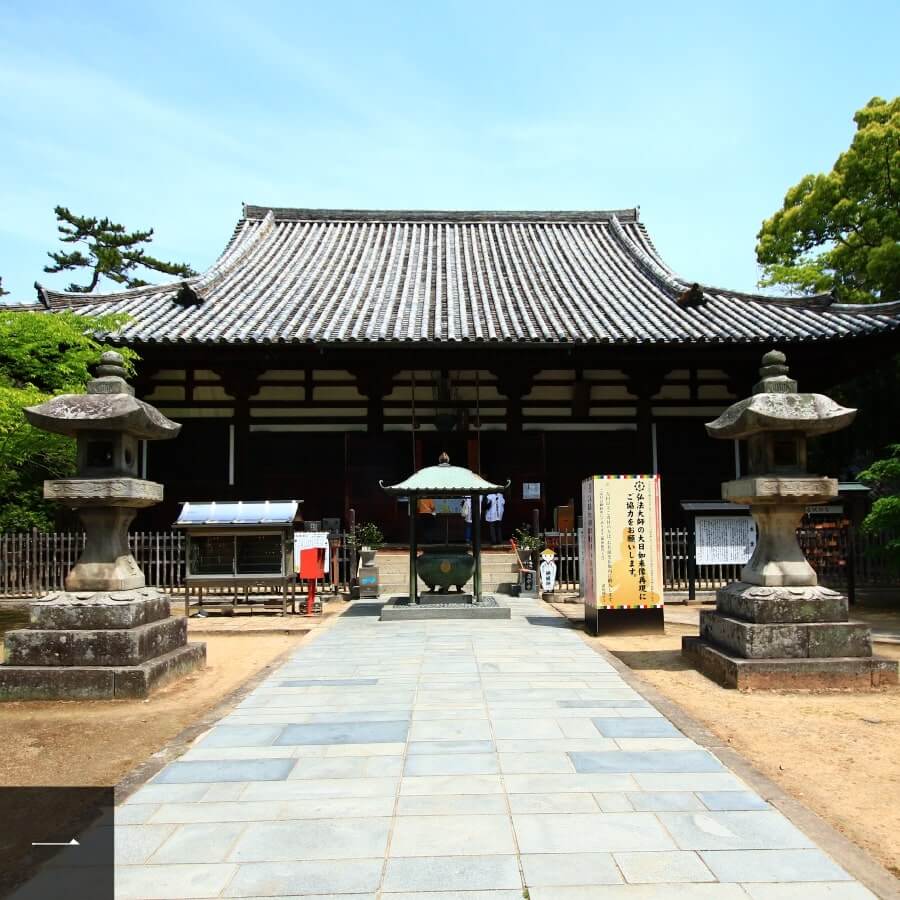 An important cultural property of the country that was rebuilt on the former location during the Kamakura period. There is a secret buddhist sculpture made of zelkova. (Opened once every 60 years, next time is scheduled for 2040) * Image 1 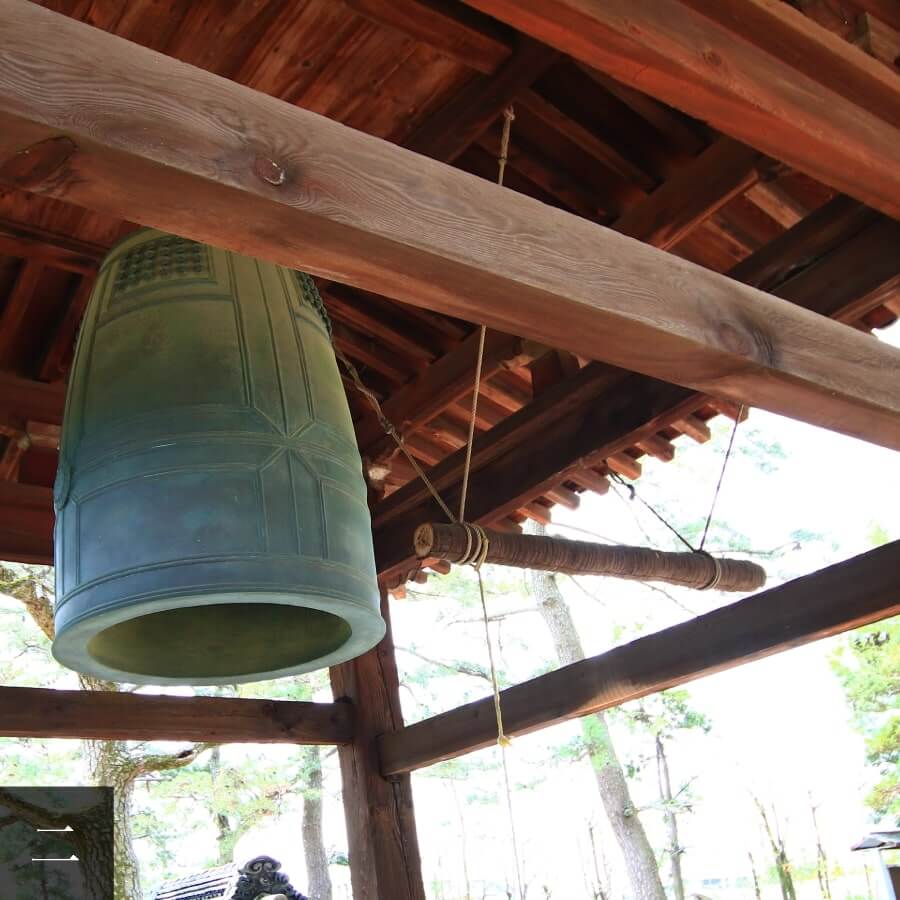 The oldest bell left in Shikoku since its founding. Famous for many interesting legends. * Image 2

A temple that well preserved the ruins of the Nara period at the time of its foundation, and the entire area within the former precincts is the only national special historic site in Shikoku. The main hall was reconstructed in the middle of the Kamakura era with panelled wooded doors on the front and back. In the center of the grounds, 33 cornerstones of the main hall at the time of its construction were arranged, and the scale is comparable to that of the main hall of Toshodaiji Temple. In addition, the cornerstone of the seven-storied pagoda remains on the right hand side after entering the gate, and if it had survived, it is presumed that it was a large pagoda exceeding the size of the five-storied pagoda in Toji, Kyoto. The temple was built during the Emperor’s time. This is the Kokubunji of Sanuki country, which was founded by Gyoki Bosatsu who received the mandate. Later, during the Kōnin era (810-823), Kobo Daishi repaired the statue of Senju Honzon and set it as a sacred place. Most of the pagoda was destroyed by the Tensho War. In the Kamakura period, there was a record that it was the last temple of the Saidaiji. The current main hall was built, and after that, remained under the protection of Takamatsu feudal lords Ikoma and Matsudaira. And from that day until now stands as it was.

In addition, there is the following true story along with the legend that this temple is famous for the Shikoku’s oldest bell (bonshou). The early Edo lord, Kazumasa Ikoma, bought this bell in exchange for a “taichi-cho” (9900 square meters of rice fields) to use it as a bell for Takamatsu Castle. However, he needed a lot of people and horses to move it, much more than expected, and to bring it to the castle. Moreover, as soon as they arrived, a strange sickness befell the people there. Then the bell appeared every night at the bedside of Kazumasa who fell ill and it cried, “I want to go home”. So eventually, the bell was returned to Kokubunji. Unlike when it was transported to the castle, there was a second legend that this time, that even if a small number of people were able to carry it lightly. The bad illness was cured as soon as the bell returned to Kokubunji, and its beautiful tone was heard again.

Training for the Mizuko General School
Date: From 14:00 on the first Sunday of June