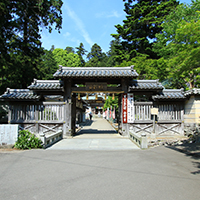 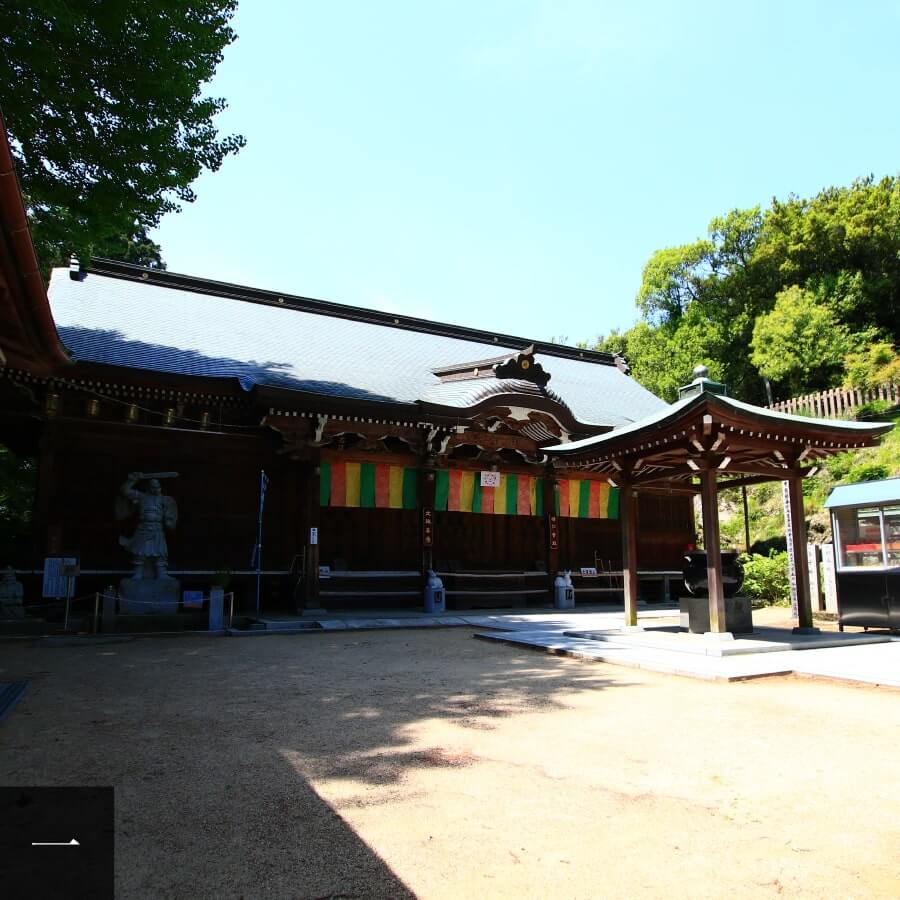 The royal gate and Tonsho-ji temple built by the Takamatsu feudal priest Matsudaira are very elaborate in both decoration and structure. It is a precious building, and the style of worshiping the Emperor, God, and Buddha in one hall is unparalleled in all Japan. * Image 1 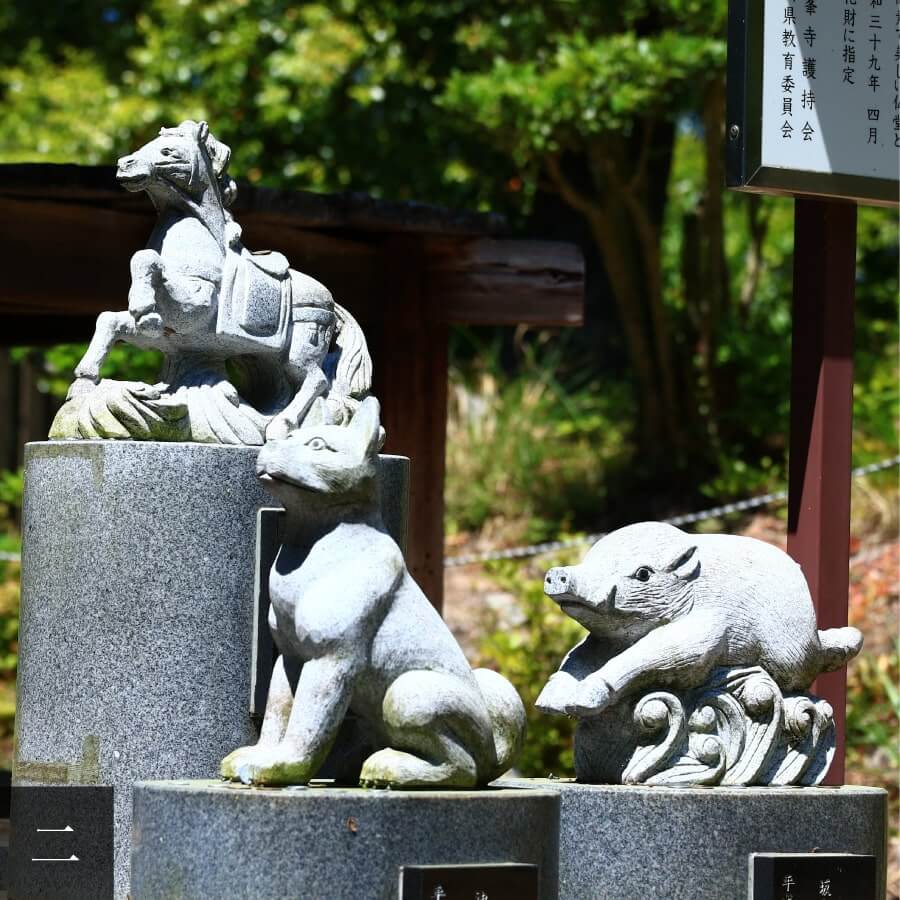 History and origin of Shiromineji

Shiromineji is located in the middle of Kagawa Prefecture, where the five peaks of the sacred peaks of Aomine (Blue Peak), Kyomine (Yellow Peak), Akamine (Red Peak), Shiromine (White Peak), and Kurohine (Black Peak) are located, and Shiromine Moutain is the furthest west. A quiet old temple with a magnificent view of the Seto Inland Sea from the approach to the temple, where Kobo Daishi and Chisho Daishi, the child of Daishi’s sister, first founded it. In the 6th year of the Kōnin era, Kobo Daishi dug a water well using his “Nyoi” sceptre (used by monks when chanting sutras) with a Cintamani stone (a wish fulfilling jewel) at the summit of Mt. Shiromine. He prayed for the alleviation of suffering for all living things. Later, Chishiro Daishi was led by Jinushigami (a Shinto folk deity) and climbed Mt. Shiromine to receive the oracle of the white-haired old woman, the god of the mountain, and carved a thousand-handed Kannon statue with a spiritual tree that was fragrant and shimmered in the Seto Inland Sea. It is reported that the temple was built with this as the principle deity.

This temple, which has a mellow sound called Shiromine, has two famous stories.

Emperor Sotoku, who was destroyed by the revolt of the Hōgen era, and by Imperial decree diverted to Sanuki, died lonely and desolate, unable to return to the capital, and is entombed in a mausoleum. However, because there were a series of incidents in the city, generations emperors, lords, and warlords also worshiped the Bodhisattva, and development of urban locales, became further devoted to music, poetry, and various spiritual treasures. In particular, after the 100th generation, Emperor Komatsu, dedicated the royal treasure of “Toshonji”, and devoted himself to the Hokke-do where the spirit of the Emperor is enshrined and expressed his reverence. In the first year of the Nin’an era, the story of Saikou Daishi who had a friendship with the Emperor, who sang and exchanged songs with the Emperor’s spirit when visiting the shrine for memorial service, is also famous in the legend of Akinari Ueda’s “Ametsuki Monogatari”. In addition, there is also a (Tamazusaki) “Tree of Precious Letters” that tells the tragic story of the Emperor in the grounds.

In addition, it is said that Mt. Shirakaba lives in a tempura called Monk Sagami, a kind heart of Japan. Suddenly, there was a sudden unexpected visitor, a high priest of Pure Land Buddhism, so the monk went out to buy tofu and suddenly someone pushed on his back and he had a sense of flying in the sky. At at the next moment, he received some fine silk tofu, the kind you would never find in the countryside, and suddenly found himself standing at the place he was before. The story is still handed down that Monk Sagami Tengu helped a youngster who suddenly went shopping.

At the time of residence within the grounds, the number of towers was at 21 and it was very prosperous, but due to times of thunderstorms and soldiers burning the temples, the only way it was able to survive is due to the reconstruction efforts of Lord Ikoma’s family and the Matsudaira family.

In the precincts is the Shirakaba Mausoleum, the only emperor’s graveyard in Shikoku, and the guardian deity of all zodiac signs is enshrined in each hall. Many flowers can be enjoyed throughout the year, including big fir trees designated as protected trees in Kagawa Prefecture, especially cherry blossoms in spring, hydrangea in summer, and autumn leaves in autumn.

The approach to the shrine has the largest drop in the prefecture, and there is the infantile waterfall, also called the phantom waterfall, and the Shiramine observatory where you can see the Seto Inland Sea.

Also, since ancient times, Honzon Senju Kanzeon-an has been revered as a substitute for Kannon, the sanctuary of Shirakaba Daigongen (Sagamibo) as a god of good luck, prosperity of business, and battle, and Emperor Sotoku has been worshiped as a god of mischief, entertainment, and academics.