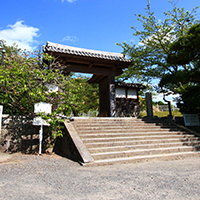 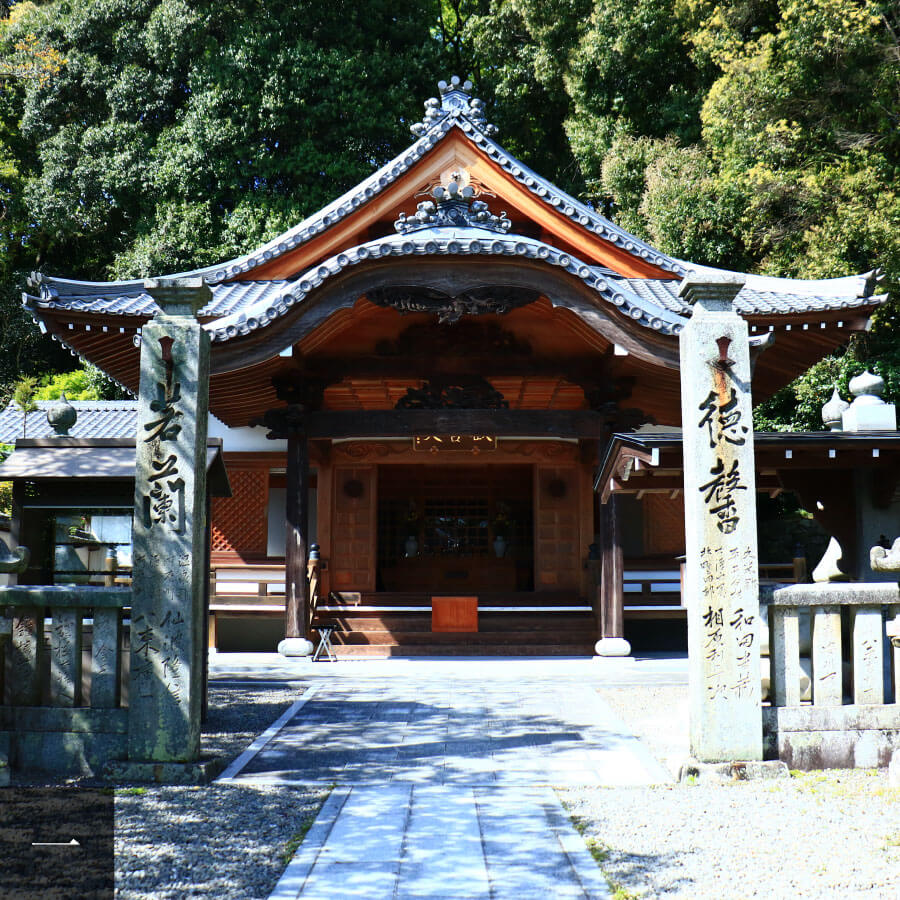 It is enshrined on the left side of the main hall. It is said that if you pray, you will be rewarded with richness, good luck, marital harmony, and prosperous business. * Image 1 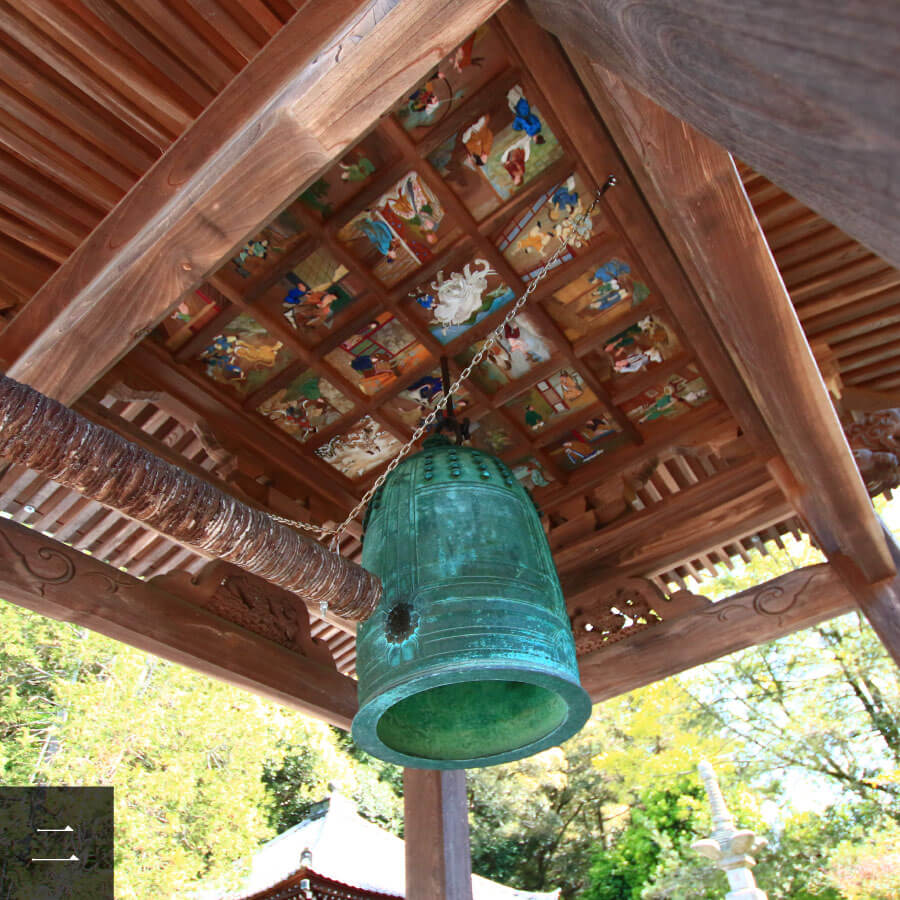 Important Note: (TEXT IS SAME AS ABOVE) * Image 2

The history and origin of Hantaji

The temple is located on a hill with a panoramic view of Matsuyama Castle, the city of Matsuyama, and the Seto Inland Sea.
According to Engi, the Imperial Court of Emperor Koken (reign 749-58) Gyoki Bodhisattva carved a statue of Yakushi Nyorai and placed it there during the Tenpyō-Shōhō era. There is a theory that this became the temple name because its was given as a gift. During the Kōnin era (810 ~ 24), Kobo Daishi traveled to the area and was settled in this temple.
After that, the temple declined, but it was revived with the help of the provincial governor, Minamoto Yoriyoshi, and the monk, Takaren. In the second year of the Kōan era (1279) under the edict of Emperor Gouda (reign from 1274 to 87), the monk prayed at this temple to repel the Mongolian army. In addition, when the founder of Tokisune, Ippen Shōnin (1239-89) returned to Iyo from Dazaifu in his youth, he attended an associated temple and trained. Shōnin dedicated the temple in the late 1st year of the Shōō era (1288), the “Jodo Sanbukyou” (Three major sutras of Pure Land Buddhism) , which was held by his late father and Buddha.

Furthermore, there is a deep connection with the Emperor’s family temple in Kyoto, and Sengyo-ji Temple. in 1395, the 2nd year of the Ōei era, Emperor Gokomatsu (reign 1382 to 1412) sent Sengakuji 26th and Kaohao Kazuo into prominent positions. He became the seventh priest of Hantaji. From the edge, the temple has tiles bearing coats of arms with 16 emblems. Some remain to this day.
Also, in the Edo period, following the Tokugawa family’s religion, the 4th shogun and family line enshrined the three Buddhas of Nandikesvara. The temple flourished.

The highlights of Sanji Temple

Tenjinjin, delightful celestial statue, 10,000 stone pillars (on the back side of the temple’s stone pillar in front of the mountain gate. A monument that fulfilled 10,000 pilgrimages.)