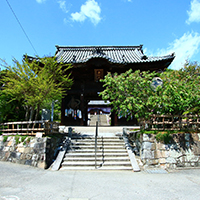 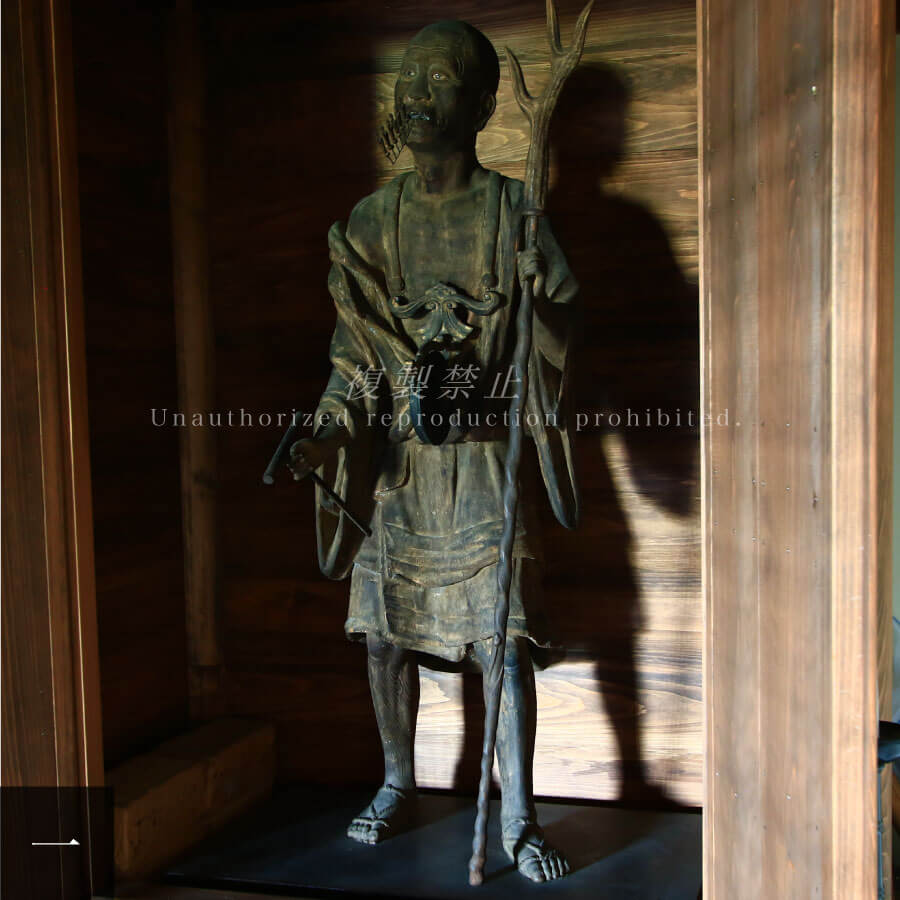 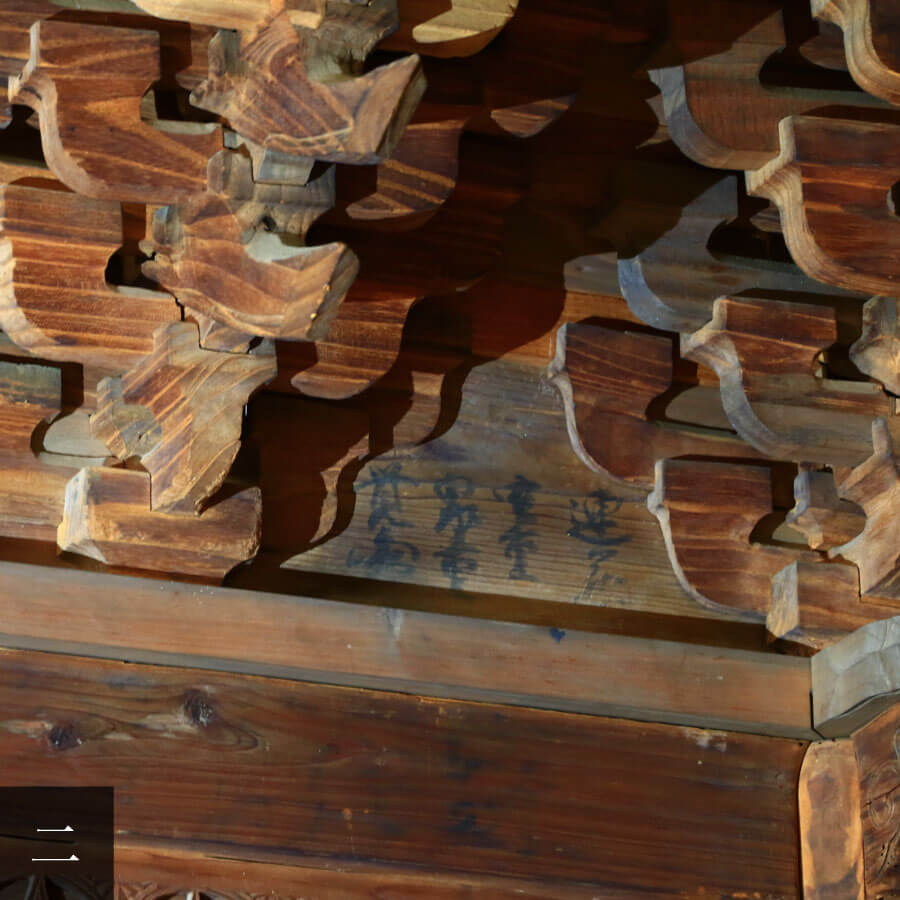 There is graffiti from the Muromachi era to the Edo era in miniature double doored shrine in the Hondo, a valuable historical historical material. * Image 2

The history and origin of Jodoji

At the entrance of the grounds is Masaoka Shiki’s phrase “Shimotsuki no Kūya wa hone ni iki ni keru” (Kūya of Shimotuski can survive on bones). (The poem suggests that even should Kūya be gone, his teachings remain with us). Jodo-ji is a temple where the figure of Kūya Shōnin (903-72) remains. Thin and with a bent back, wearing deer skin, striking a gong with his staff, the words “Namu Amida Buddha” that he speaks appears as small Buddhas that come out of his mouth. It is the incarnation of Buddha who repaired the road, built the bridge, dug the well and saved the people, cremated the abandoned dead in Hirono, he is the monk that chanted for Amida Buddha.
Jodo-ji Temple, which enshrines this statue of Kūya Shōnin in the main hall, According to Engi, Empress of Tenpyo Shoho years this is the imperial temple for the emperor Koken Emperor (represented 749-58) Buddha statue carved by Gyoki Bosatsu (668-749) It was a pioneering work and it was a temple of the Hoso sect. Later, Kobo Daishi visited this temple, revived the ruined cathedral, and converted it to Shingon sect. At that time, the temple luck prospered, and the area of the temple spread eight cho in all directions, with about 66 Buddhist temples.

Kūya Shōnin traveled around Shikoku and stayed at Jodo-ji Temple in the middle of the Heian period. During the three years of the Tentoku era period (957-61), he worked to educate villagers and became familiar with them. In the 3rd year of construction in the Kamakura period (1192), Yoritomo Minamoto prayed for the prosperity of the family and restored the temple tower. However, it was burned down in the 23rd year of the Ōei era (1416), and was rebuilt by the lord, Kounou Dousen in the Bunmei era (1469-87).
The main hall and the inner sanctum were built at the time, and they were dismantled and repaired in 1965, but the simple and majestic building that is a mixture of Japanese and Tang is designated as an important cultural property of the country.

Statue of Sayaya, Graffiti, Sanzoin (The founder of the Jodo Buddhism, Hojin Senjo, I, Seiko Kyojin, II, Ryotada Shojin) It is burnt down at the temple where it is opened and closed.)