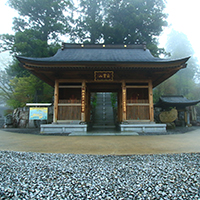 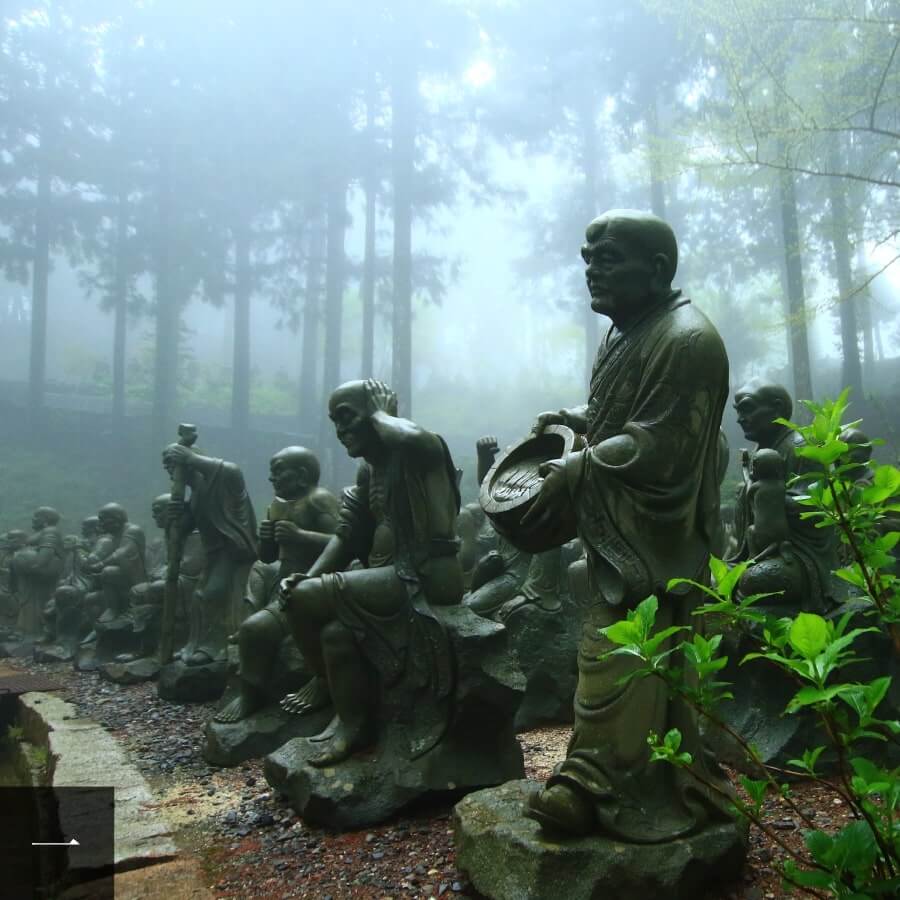 The life-size 500 Arhat statue, Buddha’s apprentices, are enshrined throughout the grounds, watching over those who visit. * Image 1 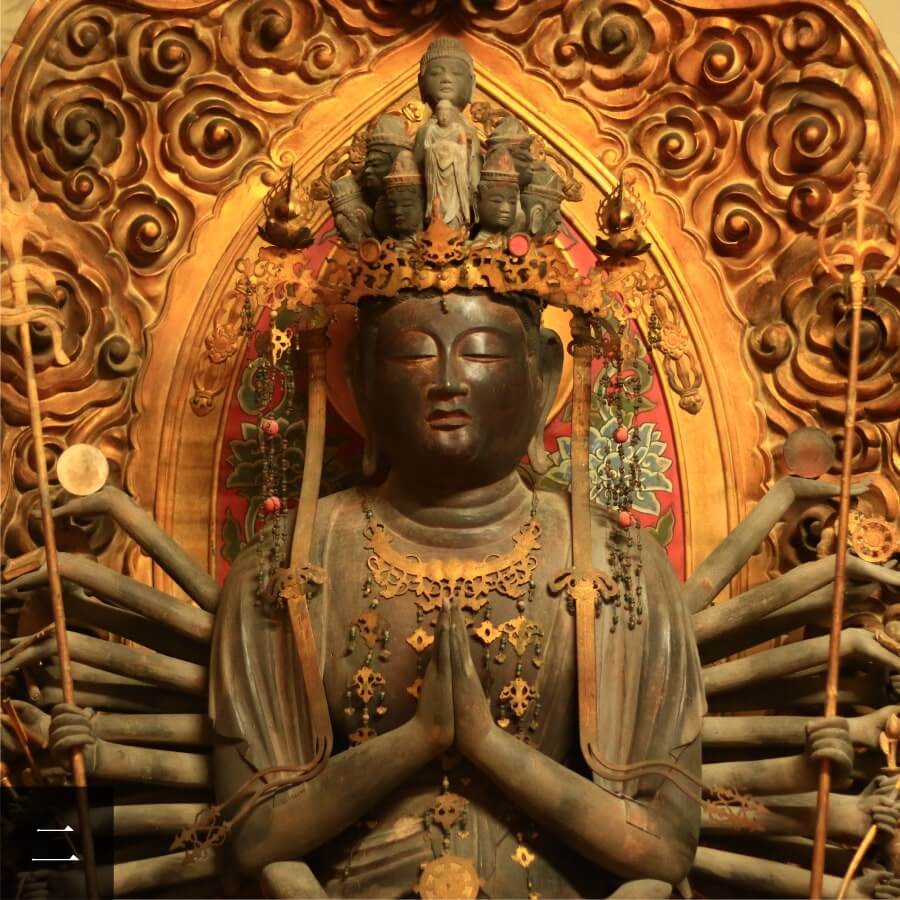 History and origin of Unpenji

The highest altitude of 911 meters in the Shikoku Sacred Site, near the summit of the Shikoku Mountains. Currently, it is possible to climb from the foot to the summit station or travel by ropeway. The address of the grounds is in Tokushima Prefecture, but as a sacred place, Sekijo-ji it is the beginning of Sanuki. According to Engi, Kobo Daishi climbed Unpenji three times. The first was in the 8th year of the Enryaku era, when Daishi was 16 years old, looking for building materials for Zentsuji Temple (No. 75). This is the founding of Unpenji. The second time, when he was 34 years old in the second year of the Daidō era (807), he had a treasure from China and received a secret training “Himitsu Kanjou”. In addition, in the ninth year of the Daidō era (818, Daishi 45 years old), he ascended at the behest of Emperor Saga (reigned 809-23), carved the main deity, and delivered the bones of the Buddha and the teachings of Vairocana (Buddhist stone), and in the mountain a memorial service for the seven Buddhas was performed it was set as a sacred place

The Sacred Grounds are commonly called “Shikokubo” and became a dojo for the study and training of monks who came from various countries to Shikoku and prospered as “Shikoku Takano”. In the first year of the Jōgan era (859-77), it became the temple built at the imperial order of of Emperor Seiwa (reigned 858-76). During the Kamakura period, the seven structured temple was also maintained, and it was said that it was the gateway to Awa, Iyo, and Iki as an old temple with 12 monks and 8 branch temples in the grounds. In the Tensho period (1573-92), Tosa’s great family, Motochika Sosoube camped at the white castle of this area and worships at Unpenji, looked down from the mountain, and planned for the domination of all Shikoku. At that time he was admonished by the high priest. Although the history of Unpenji has its fate, since the Edo period, it has received generous protection from the Awa feudal lord, Hachisuka. Surrounded by thousand of old cedars, they protect the light of Buddhism while surrounded by clouds.