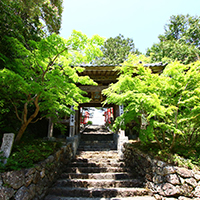 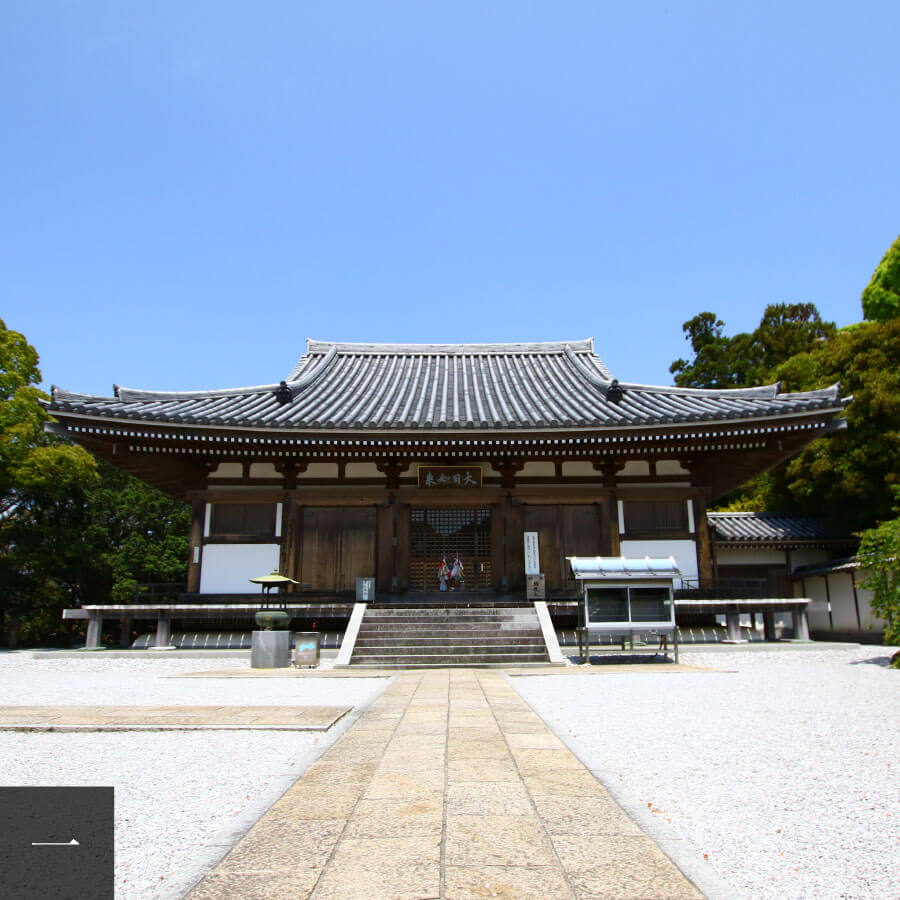 It was reconstructed in 1997 using cypress and pine, and was made only of wood without using nails. * Image 1 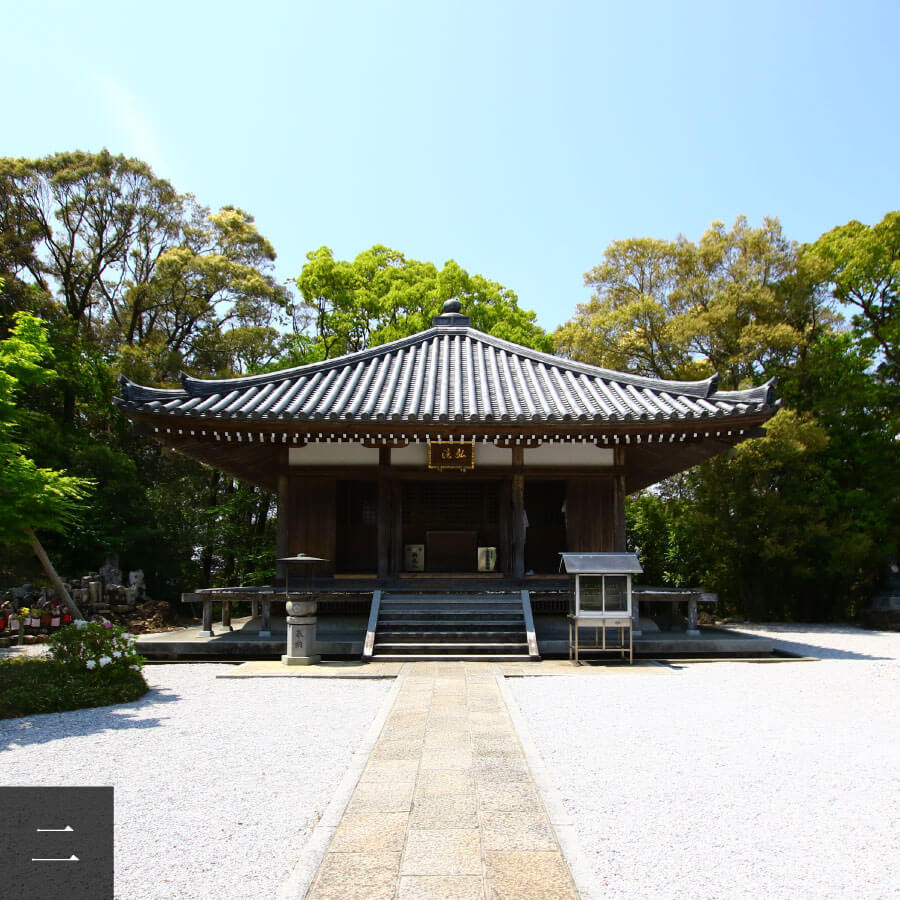 Refurbished in 1983. The statue of Daishi was donated by Tadayoshi Yamauchi, the second lord of Tosa. * Image 2

History and origin of Dainichiji

Seasonal flowers bloom on the temple grounds and delight the eyes of pilgrims. In early spring, the flowers of Sanshuyu, the weeping cherry blossoms around March, the Kobushi flowers in front of the main residence, the cherry blossoms in October and the cherry blossoms are in full bloom.
According to Engi, by the request of Emperor Shoumu (reigned 724-49), Gyoki Bosatsu sculpted and enshrined a statue of Nichidai Dainichi and enshrined it within. Later, the temple was devastated, but in 815, when Kobo Daishi was on pilgrimage in Shikoku, he prayed for the safety of the people of the afterlife, and carved a statue of Yakushi Nyorai with a nail on a large oak, and revived this place.
Since then, it has been proud of its prosperity, and has been established with a complete seven-structured temple compound, a branch temple, and various equipment, and since the beginning of the 17th century, it became a prayer temple for the Tosa clan, and the pagoda was also improved. The temple was once abandoned by the Meiji new government’s separation order, but the main shrine was saved in the main hall, which was renamed “Dainichido”, and re-established in the 17th year of the Meiji era.

The sitting statue of Kongokai Dainichi Nyorai, believed to have been made by Gyoki Bodhisattva, is about 146 square meters high and is one of the largest in Shikoku. Also, the standing statue of the sacred Kanzeon Bodhisattva at the side Buddha is said to have been made by Chisho Daishi, and it is also large, about 172 square meters, and both are designated as important national cultural properties. Also, the spirit tree of Kusunoki, who is related to Daishi, is called “Nail Carving Yakushi”, and is considered to be an “okuin”. Kusunoki collapsed in a strong wind in the early part of the Meiji era, but he built a separate place to enshrine it. The spirit tree is said to have been able to relieve by diseases above the neck, such as the head, eyes, nose, ears, and face. On the side of Yakushi-do, there is a Daishi spring where 40 spring wells bring forth water.

From the Nankoku Interchange, take National Route 32 / Prefectural Route 45 to the southern region. Turn left at Gomencho intersection and head toward prefectural road 364 toward Noichimachi. Turn left at the intersection according to the direction toward Ryuga-dong. Turn right in front of the bus stop Daihinji and climb the mountain road.
⇒ Google map