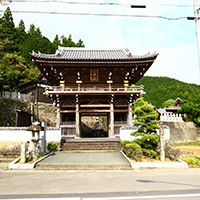 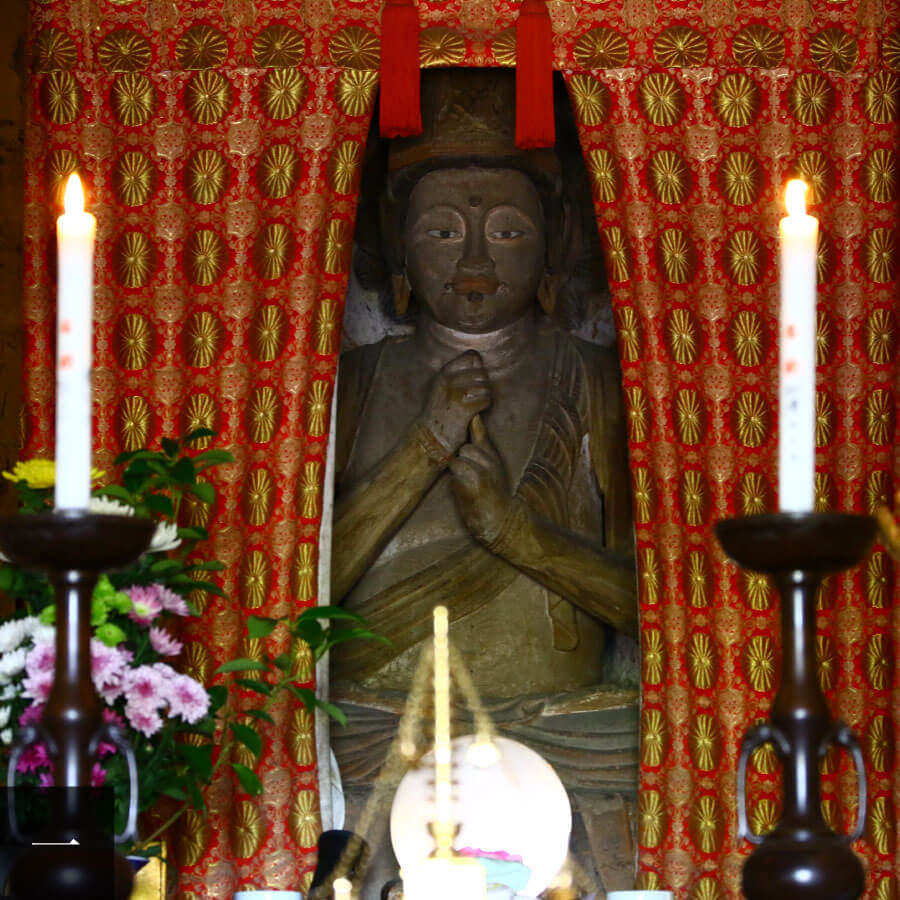 There is a name written in ink of the Kamakura period. Prefecture designated cultural property. On the back, there is an ink notation that a small statue of the Daishi is stored in the honzon.. 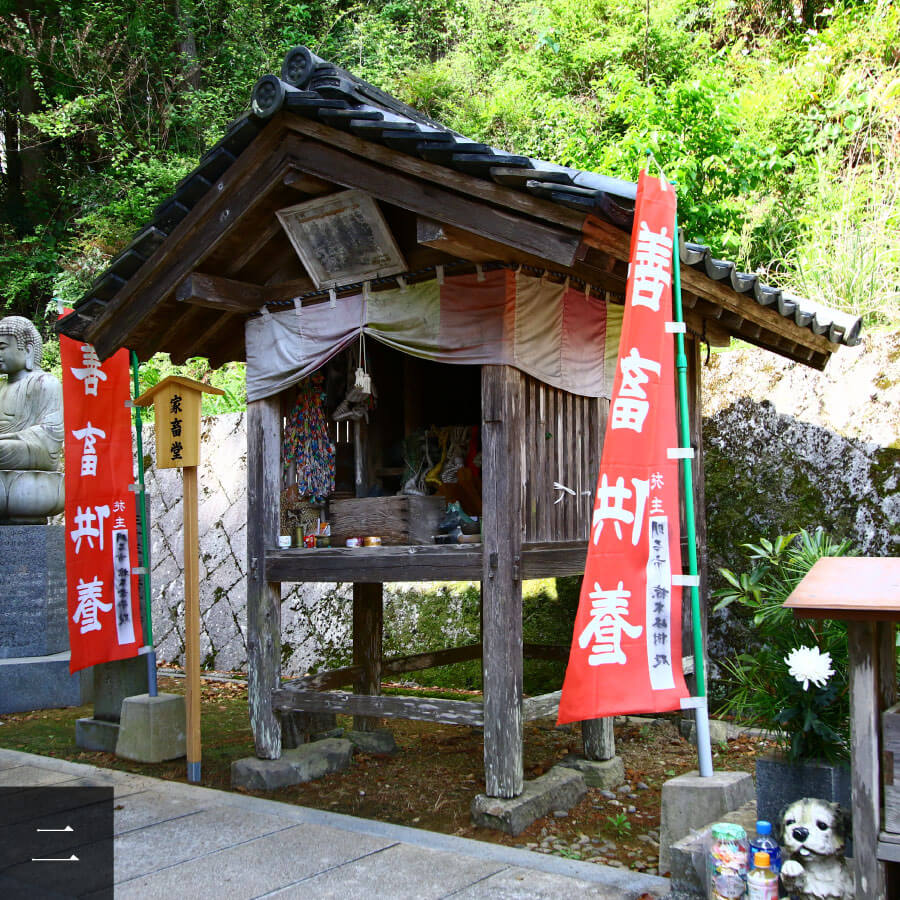 Every year, on the Midsummer Day of the Ox, we pray for “sealing” (a gourd is wrapped in paper as an offering) and pray for the fulfillment of human and animal spiritual wishes.

History and origin of Butsumokuji

Butsumokuji, where the legend of Kobo Daishi rode on the back of the cow is handed down, has a small hall called a “livestock hall” on the grounds. Miniature cattle and horse grass, as well as ceramic cattle and horses and plains are dedicated. A nearby farmer went to worship at the end of rice planting, went home after receiving a cow talisman card, and stuck it on the pillar of the barn. In the past, he prayed for the safety of livestock, but recently, he has been making offerings for the spirits of animals in general, including pets, and is also spreading religion to bullfight breeders.
In the second year of the Daidō era, Kobo Daishi met an old man who pulled cows here. When he rode on the back of the cow after being invited to do so, he saw a jewel on the treetop of a large hōshu (mani jewel) and light shining from it. When he looked closely, he realized this was a jewel that he had thrown toward the east together with the trident vajra (mystical weapon used in Hinduism and Buddhism, and symbol of the indestructible truth) so that when Daishi came home from Tang, he knew that this was the chosen land. Daishi realized that this place was a spiritual place, and decided to build the temple. The Daishi himself carved a statue of Dainichi Nyorai of camphorwood with a spear and buried the jewel in his forehead to make it a “byakugou” (a whorl of white hair on the forehead of the Buddha). This is enshrined as the main treasure, named “Ikkazan Buddhist Temple”, and it is said that he has dedicated the first volume of “The Heart Sutra” and “Avatamsaka Sutra” (The Flower Garland Sutra), written in cursive form.

Afterwards, the temple became a Buddha of Ushima Safety, and gathered faith as Daisama. In the Kamakura period, it became a prayer for the Uwajima lord and the Saionji family, and the Bodanji Temple. During the Sengoku period, it was forced to go through hardships, such as being struck by war, but it was revived by rebuilding its face and is now full of vitality.
Later, the temple grew and people gathered to worship the guardian Buddha and Dainichi, the guardians of livestock safety, and during the Kamakura period, became a place of prayer for the Saionji family of the Uwajima clan, and became a prosperous temple. During the Sengoku period, it struggled with difficulties, such as being afflicted by the war, but later worked hard to become rebuilt and form a renewed disposition.