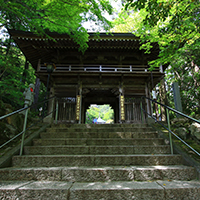 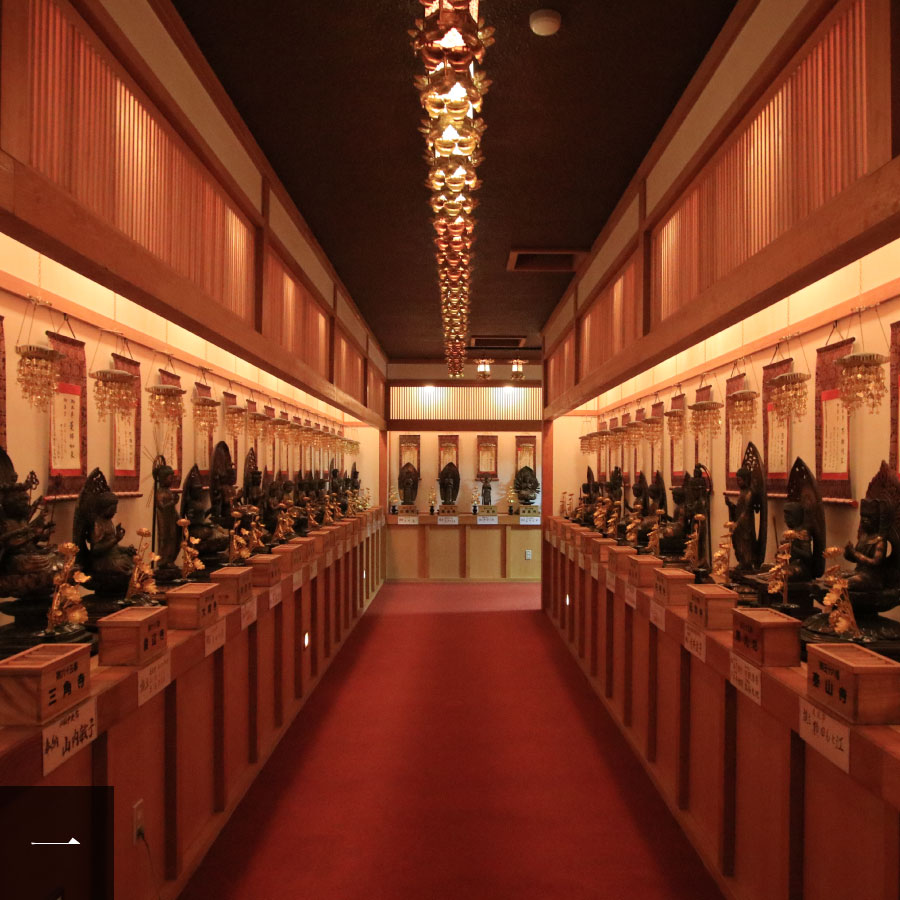 This underpass is where you can see 88 male pilgrims. Even those with weak legs or those who do not have time can visit the Shikoku Pilgrimage. You can worship at Daishido upstairs.* Image 1 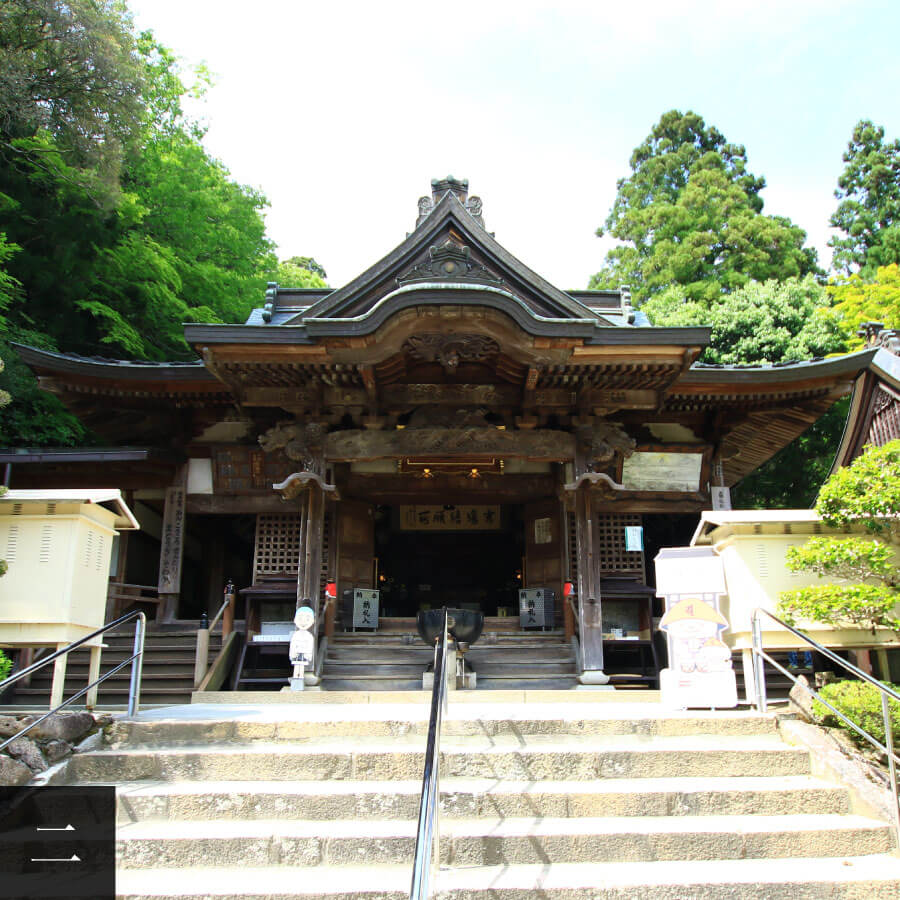 There is a main hall, a middle hall, and a back hall of the two story pagoda. The main hall, Yakushi Nyorai and Mikuni priest staffs are enshrined in this back hall. * Image 2

The history and origin of Okuboji

Okuboji Temple, a sacred site of eighty-eight places, and the fulfillment of pilgrim vows (kechigan). Located on the east side of Mt. Yahazu (altitude 788m) near the border of Tokushima Prefecture. According to Engi, when Gyoki Bodhisattva visited this land in the first year of the Yōrō era, he sensed a vision and built the hermitage where he trained. Koho Daishi, who returned from Tang Dynasty in the 6th year of the Kōnin era, established the temple in a rock cavern in the present Okunoin, trained in the Gumonjihō, and established the temple. A life-size seated Yakushi Nyorai sculpture was sculpted and made the principal deity. In addition, the name of Okuboji Temple was decided upon as a place of enshrining the priest staffs from the Three Kingdoms (Indonesia, Tang (China), Japan) which were received from the High Monk, Huiguo . On the west side of the main hall, there is the Okunoin at Mt. Nyotai. It is said that a spring came forth when the Daishi took a tokko (single-pronged vajra) to devote water to the principal deity. Many people benefit from drinking the water with medicine.

Women who entered the mountain were recognized from early age and prospered as female “Takano”. At one time, it boasted of having more than 100 temple buildings. However, the hardships of suffering were repeated on the temple’s vigorous activities due to Tensho attacks and arson, and the great fire of the 33rd year of the Meiji era. However, it was redeveloped by the protection of the lord Takamatsu and the efforts of successive resident priests. We continue to protect the holy light of Buddha of the sacred grounds. “Dougyou ni nin” (Two Walking Together: Daishi is always with me) The “kongo” pilgrim’s staff, etc. Oblations and offerings to the Hojodo next to the Daishido. These are offered every year at “Saitou Gomaku” in spring and summer.

Honzon, Hondo, Daishido (located at the top of the stone steps. Inside there is a dojo where you can step on the sand. Eighty-eight small shrines are enshrined and it is said that you can get the same benefits as worship if you go around all of Shikoku)