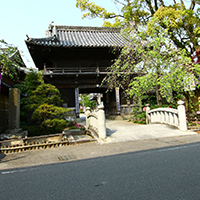 【Pilgrim’s Song】
Someday, our house in the West of Tatsue.
If we ride the boat of Buddha’s great vows

The bell of captured black hair

A small shrine to the right of Daishido. A temple that tells a legend in which a woman named Kyoto, who did wrong, when she worshipped at this temple and confessed, her hair stood up on end and was caught up around the bell * Image 1 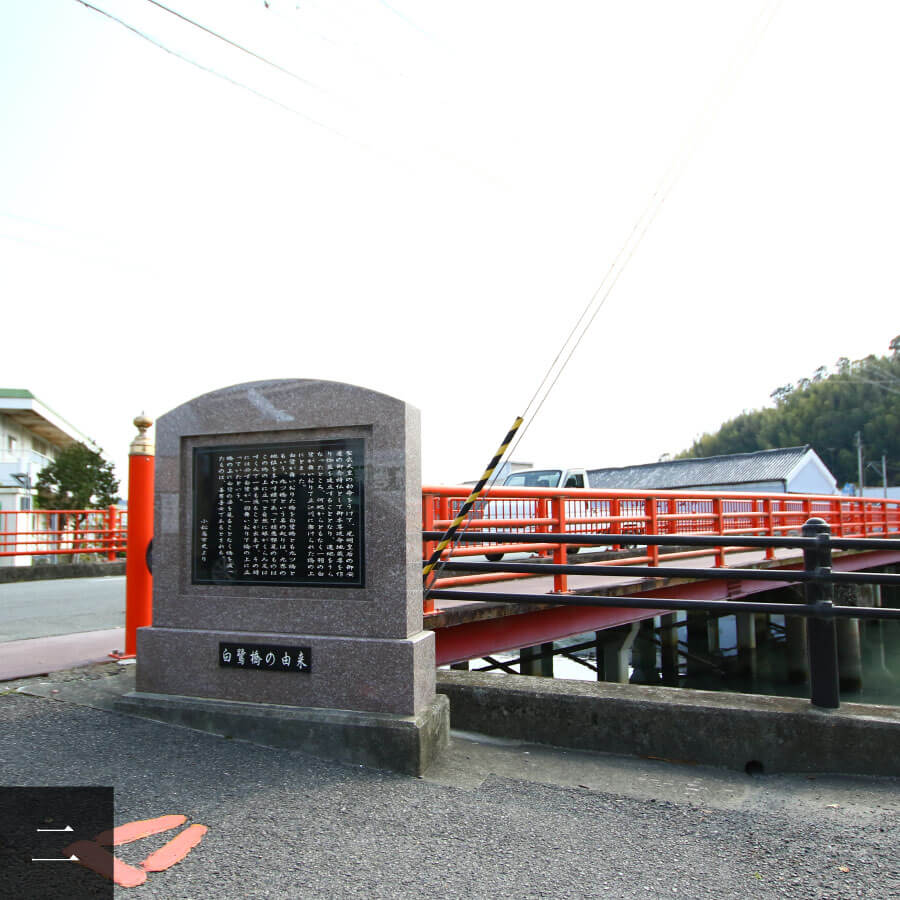 In front of the temple. A bridge that is said to have been inspired by a heron. * Image 2

The history and origin of Tatsueji

Koyasan Shingon sect’s special foundation mountain. It is said to be the “Shikoku checkpoint” as the standard temple of 88 sacred places in Shikoku, and is also known as “Awa checkpoint”. According to Engi, it was founded by Gyoki Bodhisattva at the imperial request of Emperor Shoumu (reign 724-49). In order to pray for the safe birth of Empress Gwangmyeong, Gyoki Bodhisattva sculpted a small golden “Koyasu no Jizo” about 5.5 centimeters long as a precious Buddha. It is said that this temple was named “Enmei Jizou” and was built as a temple in the 6th year of the Kōnin era (815),

Kobo Daishi visited this temple and worshiped this monument. The deity was so small, and it was feared that it would be lost in later generations, so in the reverent fashion of bowing three times for each carving stroke, the master sculpted a new life-size Jizo statue with a height of 1.9 meters. The smaller deity was placed within. At that time, the name of the temple was called “Tatsue-ji”. Also at that time, it was said that it was a giant monastery with a seven building structure temple in this scenic area about 400 meters west of the present location.

The “Tensho War” (1575-85) raged on and so, Tatsueji could not escape, and this was a devastating blow. However, only the deity miraculously escapes destruction. Later, due to the deep devotion of Awa’s first lord, Kasei Hachisuka, it was moved to its current location and was rebuilt. In addition, the deity was also rescued from the disaster in 1974, in the 49th year of the Showa era. The main ceiling painting (286 tiles) of the main hall was reconstructed in 1977, Showa era year 52, in the drawn by professors at the Tokyo University of the Arts, and is a cultural asset representing the Japanese paintings of Showa along with the Kannon painting on the ceiling. It is highly appreciated and valued. The temple’s Gautama Buddha’s drawing of the Buddha triad; an image of a Buddha attended by two Bodhisattvas is a nationally designated important cultural property. On one side of Sekisho-ji Temple judging the evil heart, is the image known as “Koyasu Jizo-son” and “Tatsue Jizo-san”

The bell of captured black hair, the main hall, and the Kannon-do

Proceed west from JR Minami-Komatsushima and turn left at the Hikainocho intersection. Go south on Route 55. Follow the signs and turn right and follow the directions.
⇒ Google map