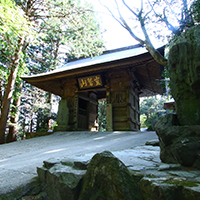 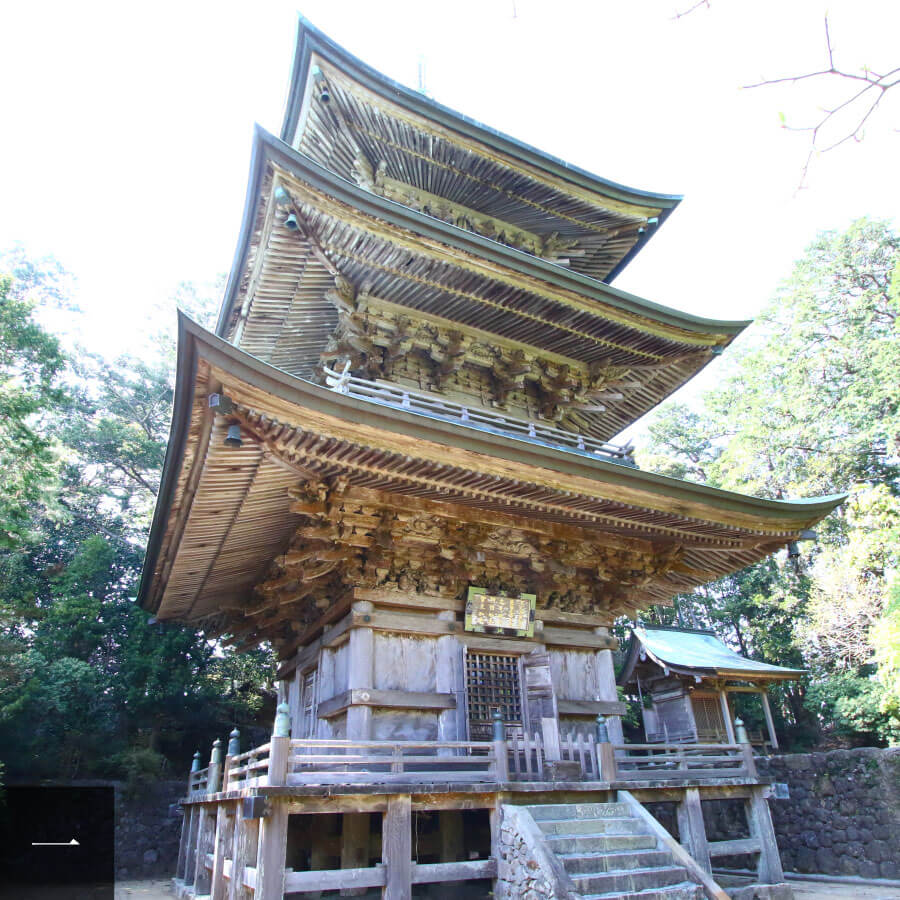 The temple is located in three stages on the mountain range 470m above sea level. On the east side of the central stage, the tip of the three story pagoda extends to the sky, surrounded by old trees.
The late Edo period, construction started in 1817, and the upper building in the Bunsei era year 10 (1827). The characteristic of the main tower is in the slope. First stage is “Ornamental Railing Top”, the second “Feather” third is “Inverted Sacred Lotus”. A grand ceremony in a garden ritual with a mandala was held at the ritual ceremony in this pagoda, and the original ceremony tools were fully developed and the design drawings still exist. This has become an important cultural property designated by the prefecture in 1971 as the only three story pagoda within Tokushima Prefecture. * Image 1 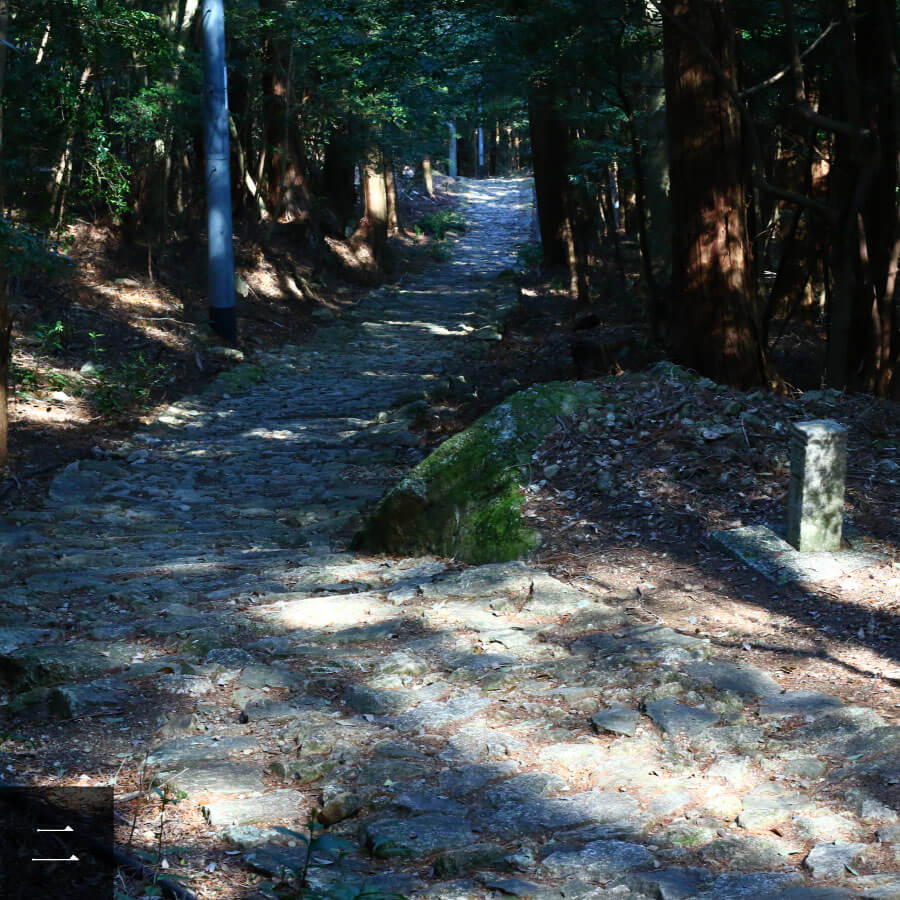 If you climb about 4km and 1 hour and a half on a steep hillway from the foot of the mountain, you will reach the gate. There are 21 stone pillars on this pilgrimage road, which is an indicator of pilgrims’ difficulty in the ascent. This headstone pillar is called “Choishi”, and the main hall of this temple is the granite pillar from the 1st stone to the 11th stone. The era of Meitoku is engraved here. While walking along the paving stone path, one is invited to the thoughts of Daishi believers of the Muromachi period.
For the preservation of this approach, 20 years of parishioner volunteer activities have been accumulated and the area designated as a National Historic Site in 1998. * Image 2

The history and origin of Kakurinji

At 470 meters above sea level, from the foot of the trail is to the summit of the mountain, and there are scenic sacred mountains, like the Awaji mountains, overlooking the Pacific Ocean in the distance. The old cedar trees that are more than a thousand years old, the giant pine trees cover the approach. According to temple biography, it was founded by Kobo Daishi in the 17th year of Enryaku at the request of Emperor Kanmu (reign 781-806). When the Daishi was training on this mountain, two male and female white cranes spread their wings and flew down to the old cedar trees, protecting a small golden Jizo. The master, who was delighted to see this scene, carved a statue of about 90 centimeters high in a nearby sacred tree, placed the golden jizo of about 5.5 centimeters in its womb and made it a treasure. It is said to have been made into Hayashi Temple.

In addition, the mountain is named “Ryōjusen” because the mountain of the region resembles Ryōjusen, which is said to have been where Buddha preached in India. Since then, Emperor Heijo, Emperor Tsuji, Emperor Isawa and successive Emperors have been deeply devoted, and also deeply respected by military commanders such as Minamoto Yoromo, Yoshitsune, Miyoshi Choharu, and Hachisuka Kasei. The luck of the temple increased greatly. The “Tensho (1573/92) fire” that many temples in the Awa area experienced did not come here. This temple escaped calamity because it is in a difficult place on top of the mountain. The temple is known as “Otsuru” and “Otsuru-san”, and is a wild nature temple where wild birds dance.

11 checkpoint stones engraved with the years of the Muromachi period of Kshitigarbha (Jizo of children and the underworld), Jizo-san, and 11 temples remain along the pilgrimage road from the main hall. One is about 109 meters. The oldest cobblestone in Tokushima Prefecture. Three story pagoda (prefecture designated important cultural property)

From JR Tokushima Station, take Route 55 south. Turn right at the Edacho intersection and follow Route 16 along the Katsuura River. When you see the big ginkgo tree, follow the signs and turn left.
⇒ Google map