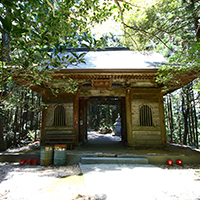 About 15 minutes on foot from the precincts. A bronze statue “The Master in Meditative Training” sits eastward on the rock. The enshrined heart is “the mind that stays” and allows you to feel the spirit of the Daishi. * Image 1 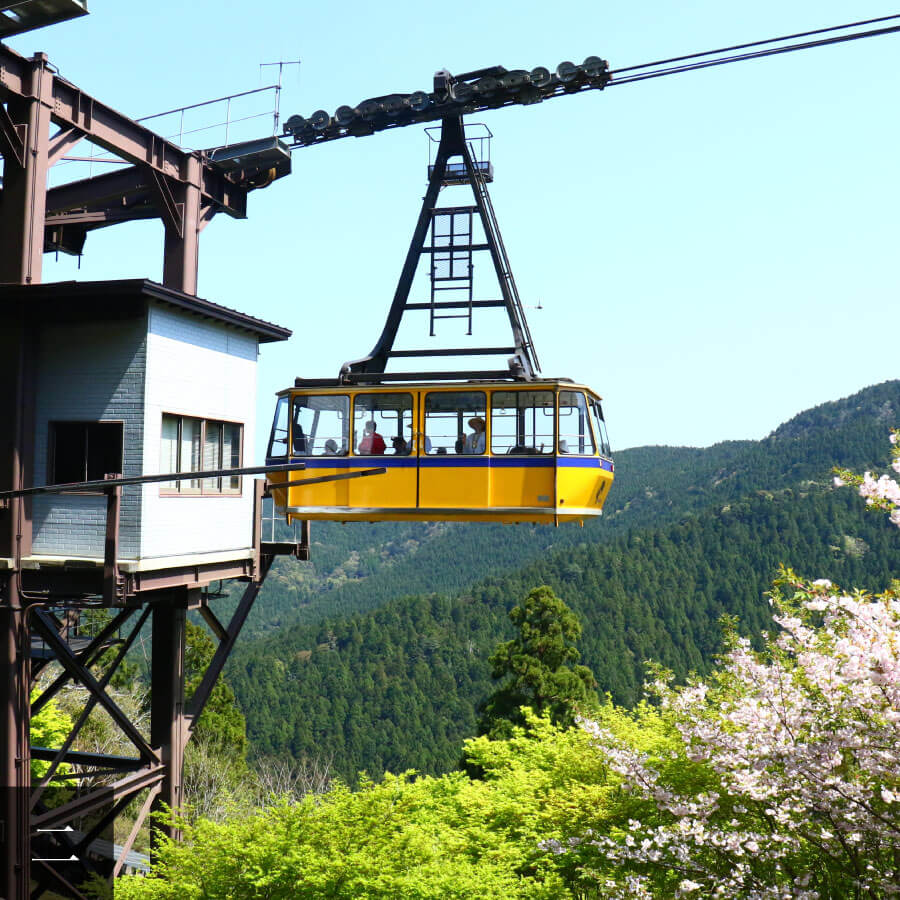 The ropeway is 2,775 meters long, making it the longest in western Japan. It can carry 101 people and takes about 10 minutes to the summit. * Image 2

History and origin of Tairyuji

Also called “Western Takano”. It is located on the southeastern tip of the Shikoku Mountains, near the summit of Tairyuji Temple at an altitude of 618 meters. A row of old cedar trees hundreds of years old rises in the sky, and the spirit of an ancient temple floats on the grounds. It is said that when Kobo Daishi was 19 years old, he trained for 100 days on the rock called “Shashindake”, about 600 meters southwest of this deep grounds, when he was 24 years old. Well-known in his book, “Sankyo Shiki”. The Gumonjihō (reciting the Mantra of Kokūzō one million times), has had a great influence on the formation of thoughts of Daishi as a youth. According to Engi, a temple tower was erected in the 12th year of Enryaku through the support of Emperor Kanmu (reign 781-86). The Yamago is named after the shrine in the training area, and the temple name is named after the great dragon (Ryujin) who guarded the master while he was in training.

The imperial family and the samurai were revered and prospered and built 12 temples in the late Heian period. However, they could not escape from the “Tensho (1573-92) Fire”. Even during the Edo period, the city suffered severe damage and was close to devastation. The Niomon was built in the Kamakura period, and other temples have been reconstructed since the Edo period. It was in 1992 that the ropeway was opened to this mountain temple, which is one of the most difficult places for Shikoku pilgrims. On foot, it takes 30 minutes to climb the slope from the middle parking lot. An ancient burial mound that has the power and personality to venerate the master’s training has been here for 1,200 years.

Shashingo, Ropeway, Cingishi (from the North and North Dynasty. Of the 18 remaining, 11 are designated as Tokushima Cultural Properties)

From JR Kuwano Station, take Route 195 west. Look at the coffee shop (Country Road) on your right and turn right at the next traffic light to reach the Taryuuji Ropeway platform.
⇒ Google map