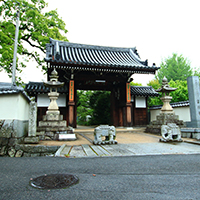 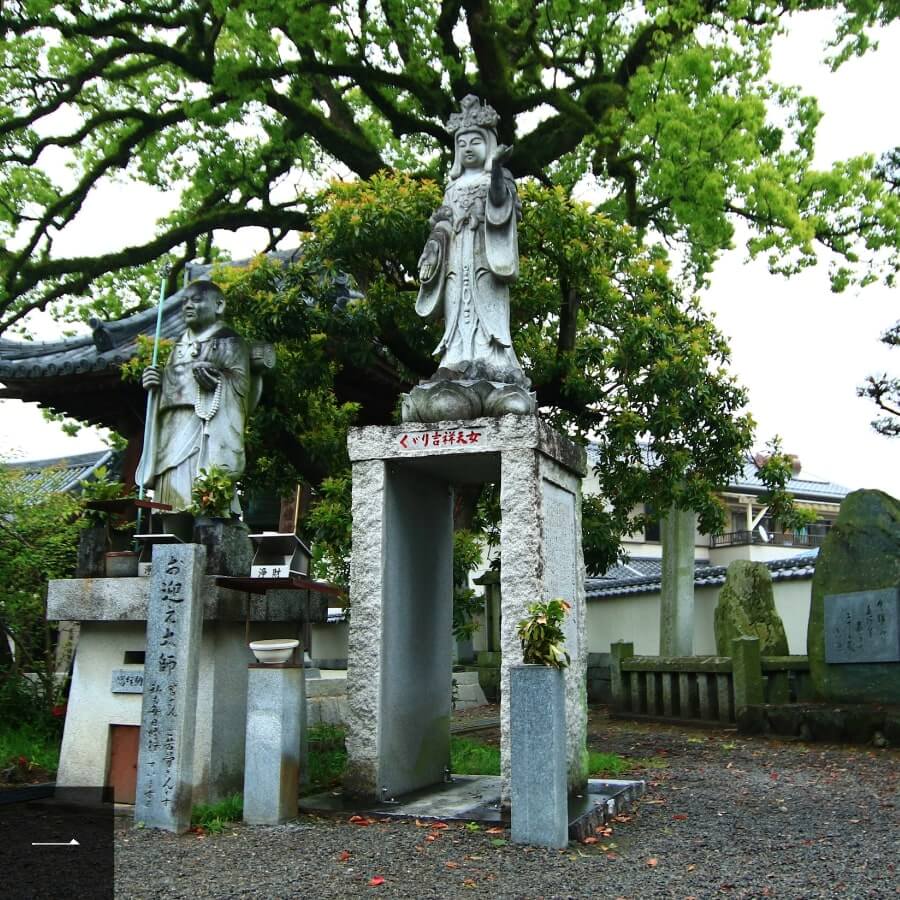 To the right of the welcoming Daishi is the statue of Kisshō Tennyo, the princess and principle deity Bishamonten. This is the name of the temple. As a Buddha of Heaven who removes all poverty and brings great wealth, she has gathered great devotion. It is said that there is are benefits if you pass under this statue “Kuguri Tennyo”, and she is popular with many people under the name of “Kichijou Tennyo” (as “kichi” can mean “luck”). This elegant standing figure is impressive. * Image 1 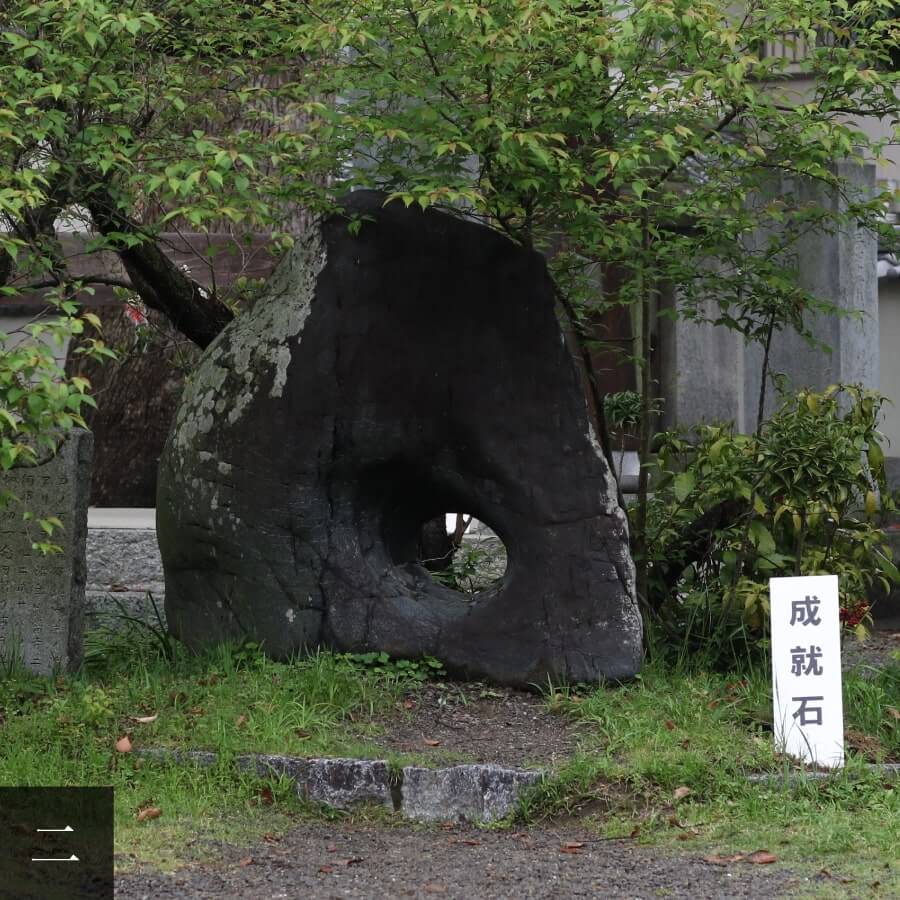 It is a stone about 1m in height to the right of the hand basin. There is a hole with a diameter of 30-40cm below the center. * Image 2

History and origin of Kichijoji

In the Shikoku Pilgrimage, Kichijoji is the only place where the principle deity is Bishamonten.
Kobo Daishi visited this region during the first year of the Kōnin era, and at that time, Daishi found a cypress that radiated light, and felt that the whole area was full of spirit. Daishi sculpted the statue of Bishamonten, for the main sanctuary, with this sacred tree, and also engraved and enshrined the Kichijōten statue and the Zennishidōji statues as flanking deities, and built temple to pray for relief from poverty.
The temple at that time was in Mt. Sakamoto, southeast of the present location, and had about 21 sub-temples in this large temple area. However, all was burned down in 1585, the 13th year of the Tenshō era, due to the attack by Hideyoshi Toyotomi. Later, in 1659, the 2nd year of the Manji era, during the Edo period, it was reported that it was merged with Sugi-ji Temple, and moved to its current location, and rebuilt.

There is “Maria Kannon Statue” (secret) as a temple treasure. It is a beautiful white sculpture with a height of about 30cm. It comes from the captain of a Spanish ship which was wrecked off of Tosa was given to Motochika Chōsokabe. He did not know it was the image of Maria, or the strict prohibitions against Christianity, but handed it down as a beautiful Kannon statue like Kichijoten for generations. Having escaped damage throughout the ages, the temple also preserves the “Twelve Devas” folding screen from the Kamakura period (1185-1333) and the “Amitabha Triad of Yamakoshi Statue” (colored on paper) from the Muromachi period (1333-1573).

The highlights of Kichijoji

From Iyo-Komatsu Interchange, take National Route 11 towards Saijo City, on the left just after the Himi-Komae intersection.
⇒ Google map