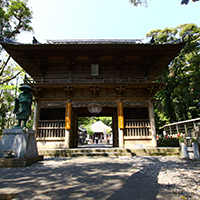 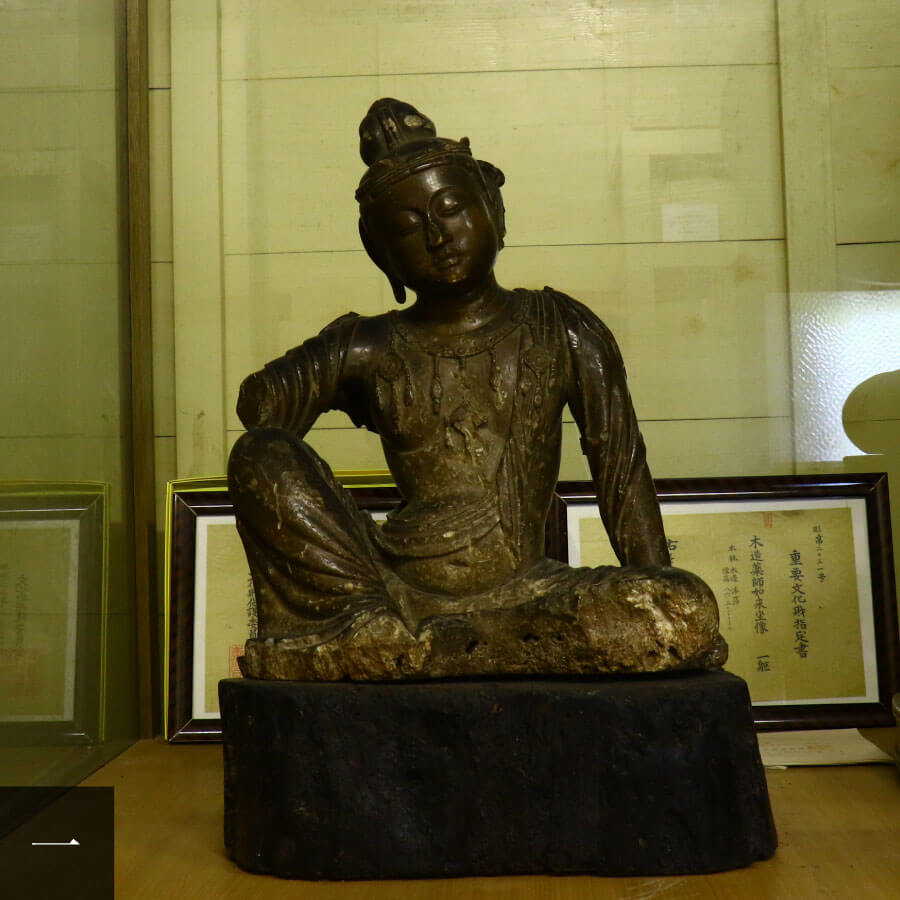 Famous for the statue of the stone-made Nyoirin Kannon (image 1). In addition, a seated wooden Yakushi Nyorai, a wooden moonlight “Gakkou Bosatsu”, a tripod “lacquerware dish”. All are treasures. * Image 1 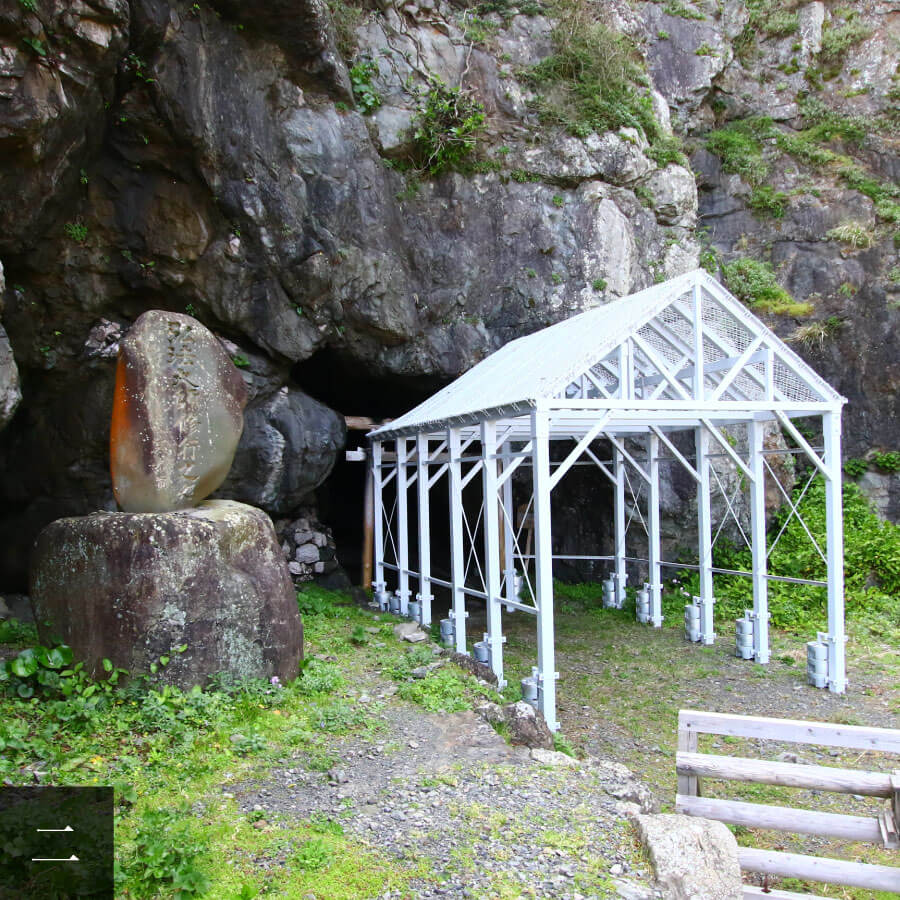 The cave reported where the Daishi, through penance, met Akasagarbha, one of the great bodhisattvas . * Image 2

The history and origin of Hotsumisakiji

Tosa’s first sacred place, which is said to be a “ascetic training dojo”. It is located at the tip of Cape Muroto, where the white surf of the Pacific Ocean stands. A black reef that appeared sharply in the Kuroshio Currents. There was a young man, Kukai, who struggled with his fate within the cave that was battered by sky and sea as they combined with tremendous sound. It is said that Kobo Daishi was 19 years old in 792, the 11th year of the Enraku era. The details are described in the statement found in “Sankyo Taiki” when the master was 24 years old.

“… Working hard on Tsuchi-shū Murotosaki, without sparing the sounds of the valley, the morning star figure arrived. Felt it in the heart and it entered the mouth, Akasagarbha illuminated and shone, revealing the power of Buddha and the uniqueness of the Buddha …”
In the second year of Daido, the next year after returning from Tang, Daishi visited Muroto Cape again as though by fate. In this place, which fulfilled in the gumonjihō method, the main hall was built and the statue of Kokuzou sculpted as the main deity. The Emperor Tsuji and other successive emperors were strong, and during the Ashikaga shogunate period, this place became a Tokoku Ankokuji temple, and during the Sengoku / Edo period, the temple fortunes flourished thanks to the donations of warlords and lords.
At that time, it was a temple where women were forbidden to enter as this was a temple for Shingon Buddhism. In the past, it was said that the female pilgrimage was worshiped from the tip of Cape Muroto or Maki, but this ban was lifted in 1905. At Muroto Misaki, the 26th temple that faces the east and west is called “Saiji”, and the furthest out on the cape temple is also called “Toji” has been located to the center of Muroto Anan Quasi-National Park where you can explore a tropical environmnet, and the place where Daishi became enlightened.

Nationally designated important cultural property, Mikurodo cave (Mikurodo), Akeboshi stone (Legendary stone that radiated like a star and prevented the poisonous dragon’s hindrance during training by Daishi. Gabbro (an igneous rock formed from the slow cooling of magnesium-rich and iron-rich magma) can be seen from the coast.

From the Nankoku Interchange, drive along National Highway 32 and National Highway 55 in the direction of Muroto and turn left onto Muroto Skyline. If you run 9km as it is, there is a parking lot in front.
⇒ Google map