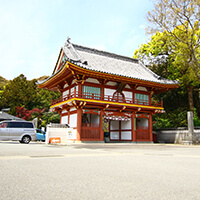 【Pilgrim’s Song】
If you want to go to the pure land of Sukhavati
You must say, “Namu Amida Butsu” (Hail Amitabha Buddha) 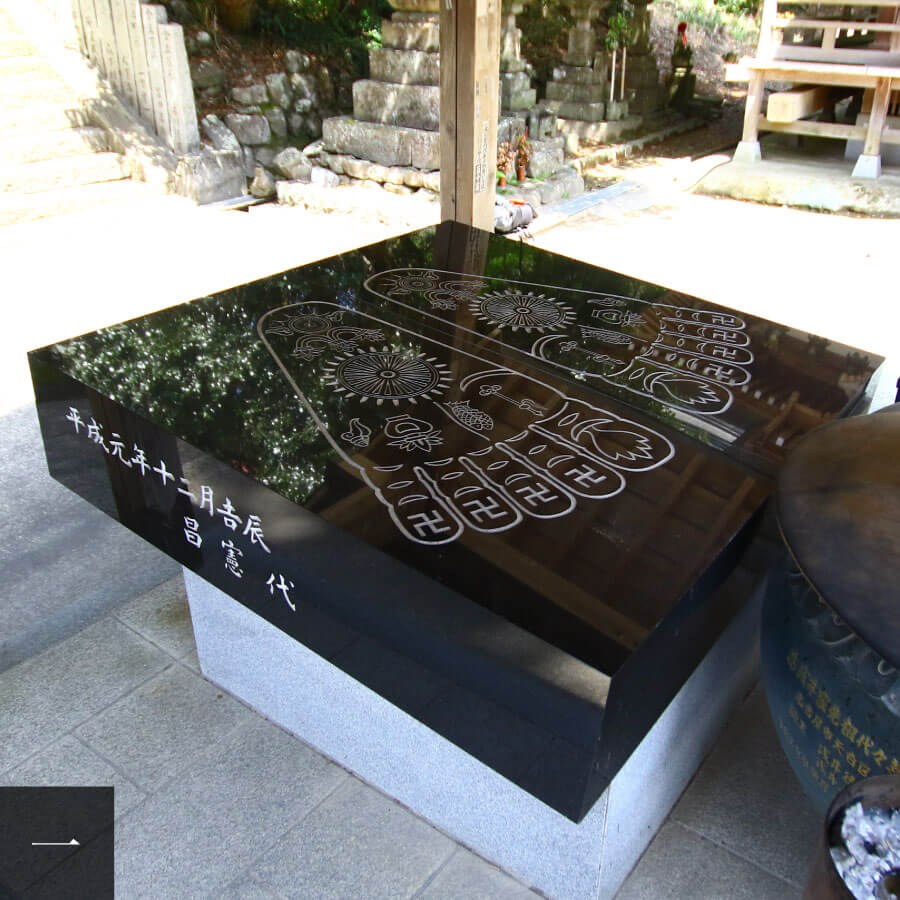 When Buddha preached on the stone, it is said that his footprint remains imbedded and is at the entrance of the main hall staircase. * Image 1 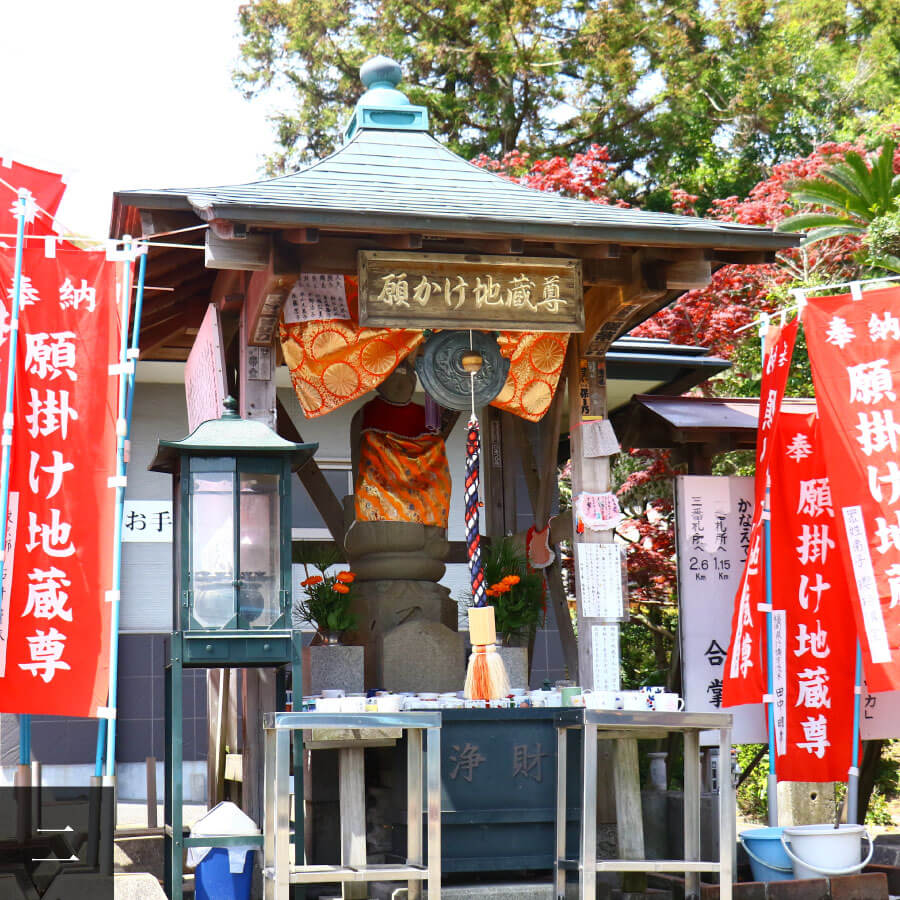 Located on the left hand side through Niomon Gate,
It is said that there will be a miraculous benefit if you chant Jizo’s mantra with devotion. * Image 2

The history and origin of Gokurakuji

It is said that Gyoki was the founder of the temple, (Kounin Era, year 6) but in 815, the 6th year of the Kōnin era, 42-year-old Kobo Daishi chanted “Amitabha Sutra” for 37 days and was trained. On the day of completion, Amida Nyorai appeared, and the Daishi sculpted the figure and made it the honzon (principle object of worship). The statue of Amida Nyorai is deeply revered, and it is said that the light emitted as far off as Nagahara in Naruto. The fishermen constructed a small hill in front of the main hall, called “Mt. Rizhao” to block the light because the brightness of the deity hindered fishing. After that, the temple was burned down by Chōsokabe Motochika during the Tensho period (1573-92), but in 1659, the main hall was rebuilt with the help of Mitsutaka Hachisuka.

In a quiet precinct surrounded by mountains on three sides, you can pass through the vermilion Niomon Gate and you will see a garden that resembles the paradise of The Pure Land. The main hall is in front with 44 stone steps. At the back to the right is Daishido, and this statue is also called “Ansan Daishi”. The priest prays for a women plague with miscarriages, and are instantly blessed with a treasure. An ancient cedar, which is considered to be hand-planted by Kobo Daishi himself, is a sacred tree that is about 1,200 years old, stands about 31 meters in height, and is about 6 meters in circumference. It is said that if you touch it, you will receive not only safety in your home but also relief from sickness as well as longevity. It is designated as a natural monument in Naruto City. It is marvellous to touch the giant cedar that has withstood the wind and snow since ancient times.