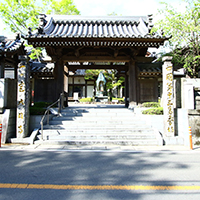 【Pilgrim’s Song】
What is this Awa no Kuni Ichinomiya?
Ask the world of this world 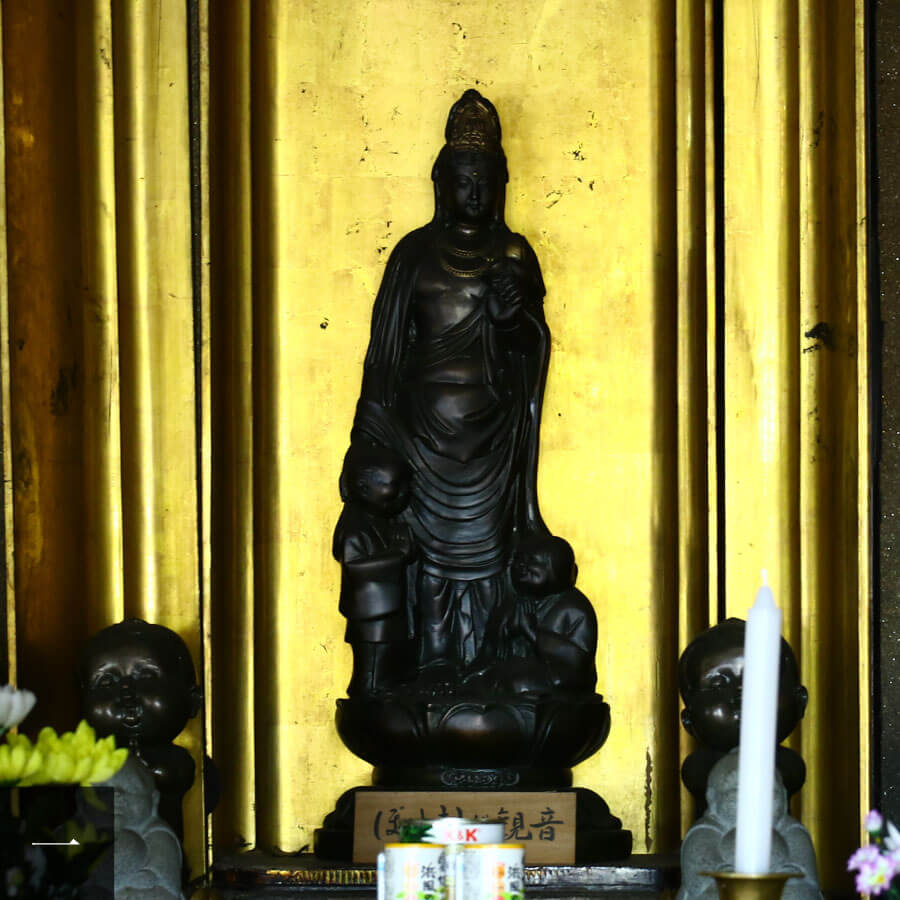 Shinokuin, Kokuchu-ji, about 0.7 km to the east, is known for prayers to the elderly. 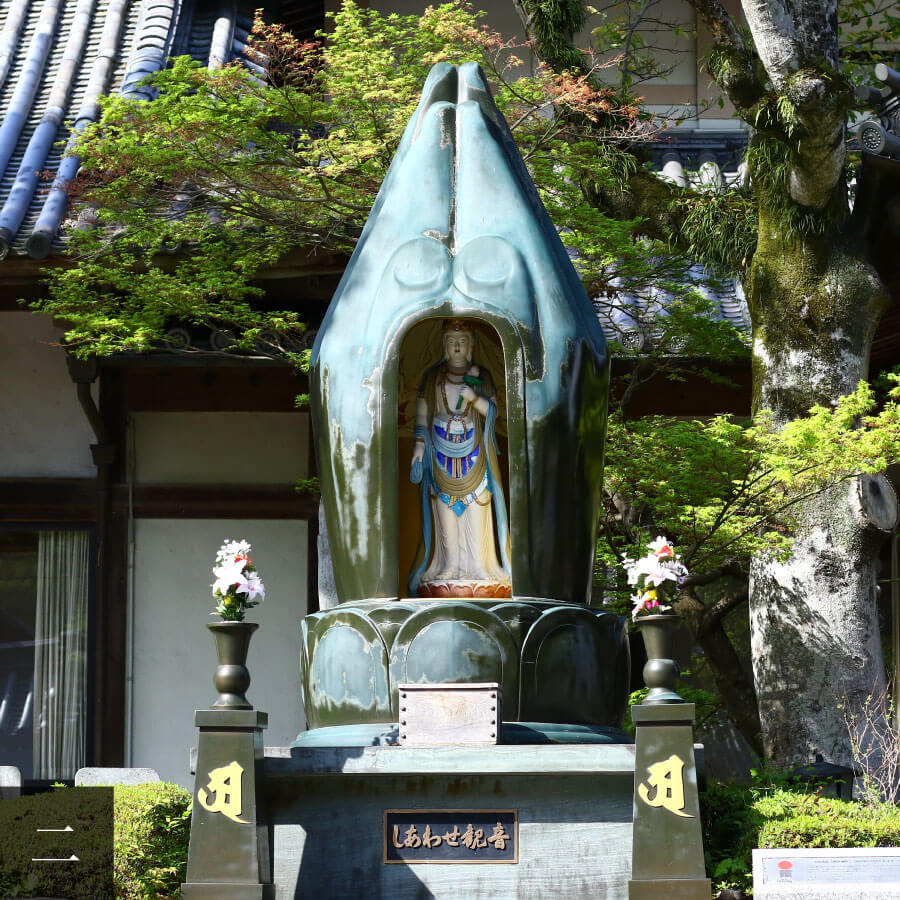 Two stone pillars stand in front of the gate. As you climb several stone steps, the main hall on your left and the Daishido on the right are facing each other. The “Watered Jizou” and Kannon statue watch over the worshipers who come and go between the main hall and Daishido.
In the center of the ground, there is a “spirit” tree. The image of “Kannon of Joy” is very eye-catching. She is holding a lotus and smiles in her hands. * Image 2

History and origin of Dainichi-ji

There are five sacred places in Tokushima City. Located on the plains west across the Ayukuro River in the westernmost part, the other side of the prefectural road where the traffic is intense is Ichinomiya Shrine, which was once the great Shinto guardian of Awa was found. According to Engi, the foundation was made possible through Kobo Daishi, and during the day when the priest practiced the ritual practices in this land it was called “Daishi ga Mori,” Dainichi Nyorai flew with purple clouds in the air, saying, “This land is a spiritual one ” The Daishi is said to have sculpted the statue of the Dainichi Nyorai and made it a principle deity, and built and enshrined it. The origin of the temple name is also due to this luck. The grounds are covered with old trees and have the atmosphere of a Buddhist temple, but during the Sengoku period, all the towers were damaged by the “Tensho Wars”. Later, in the first half of the Edo period, when the main hall was rebuilt by Awa’s third-generation lord, Mitsutaka Hachisuka, and the nation’s great Shinto guardian Ichinomiya was erected in the same location, it was in the same grounds as the Betsuto-ji and was also managed together.

However, the main Buddha of Ichinomiya is considered to be the eleven-faced Kannon image of Gyoki Bodhisattva, and because it was in the same grounds, it came to be that the Ichinomiya Shrine was a fudasho and worshiped as such in the Edo period. This is also described in the true book Shikoku Kushiro Doinan (Sadayoshi 4th year, 1687). Later, the shrine became independent during the Meiji era due to the Buddhist separation order, and Ichinomiya Temple changed its name to that of Dainichiji, but the statue of Dainichi Nyorai originally in this temple became that of Buddha, and the eleven-faced Kannon statue was enshrined as the main deity within. ”Buddha and the god of Shinto” are united in the Japanese mind. Pilgrims on the pilgrimage keep walking in the heart of the master.

Protection from Dementia Kannon, Okunoin, Kenji-ji, Kannon of Joy (a 100-year-old tree on the side of a giant tree, a small, colorful Kannon image with a palm.