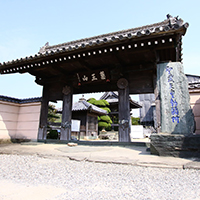 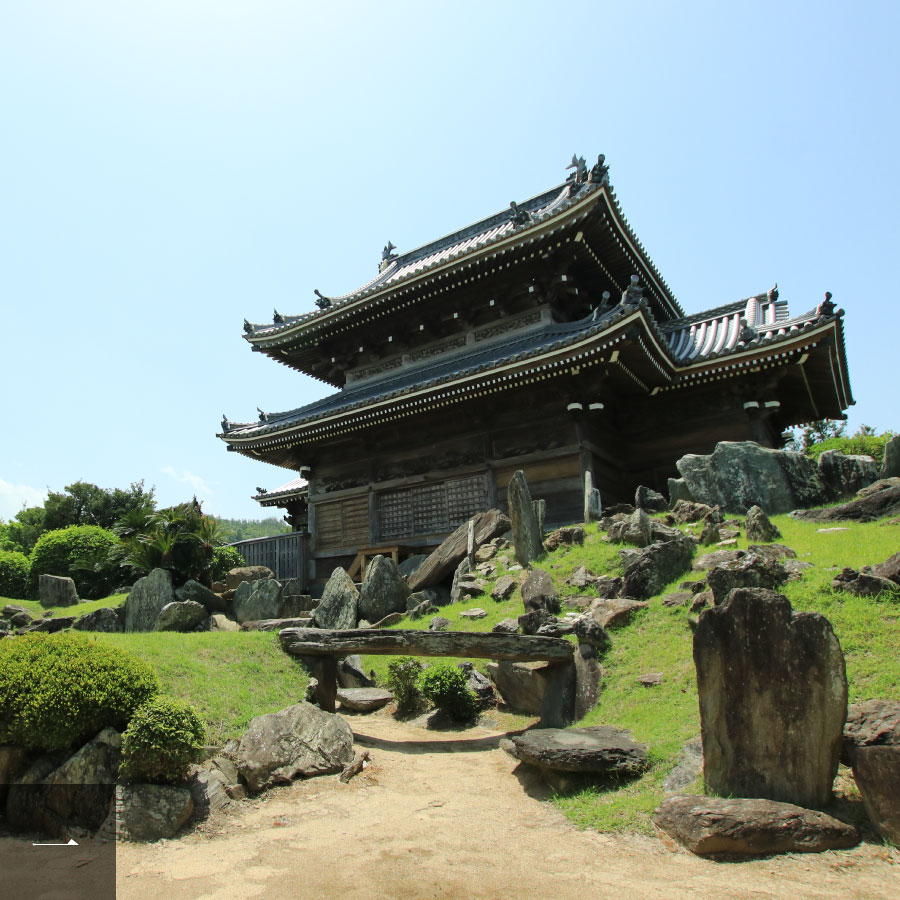 The nationally designated (2000) scenic garden is composed of a dry pond garden on the east side of the main hall and a built-up style dry mountain water garden with stones on the four sides. It is one of the best gardens in Japan with a dramatic stone structure that was renovated in the late Edo period. (Admission fee 300 yen) * Image 1 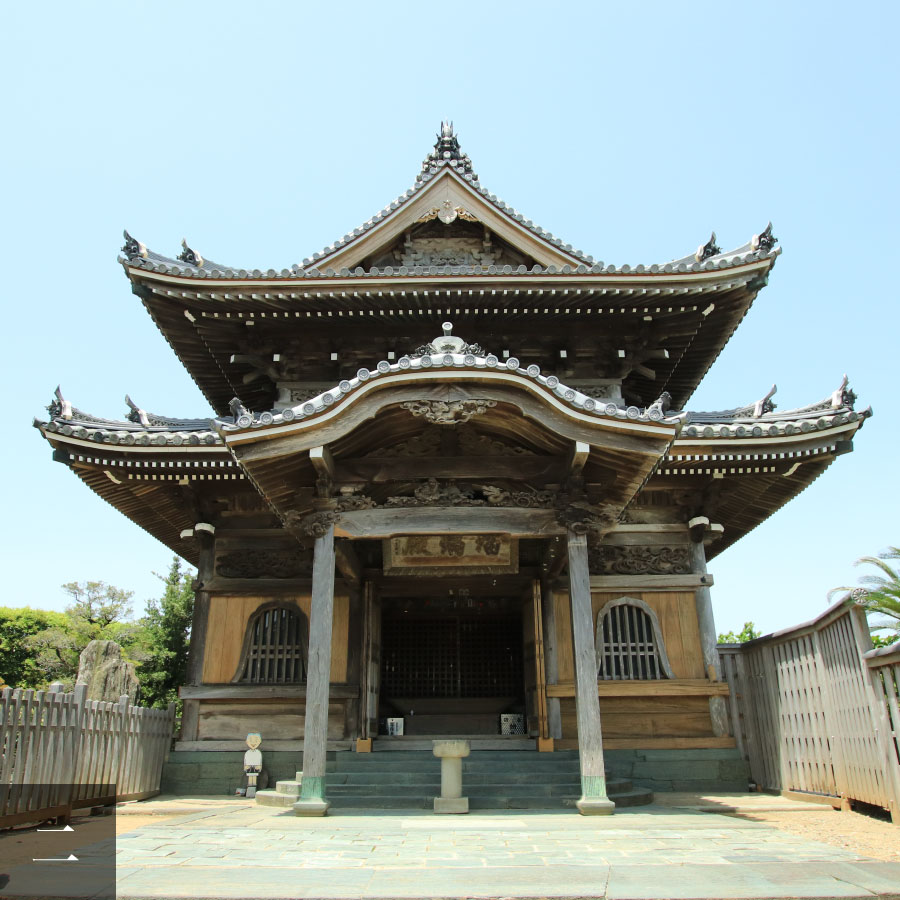 Built in a multi-layered main building, it was reconstructed during the Bunka and Bunsei years (1804-30). Emperor Shoumu and Empress Kōmyō are enshrined. * Image 2

There are Kokubunji temples in Shikoku in each of the four prefectures, and the first national temple is Awa Kokubunji. Emperor Shoumu (reigned 724 to 49), who revered Buddhism, prayed for peace in the nation, the fertility of five grains, united religion by ensuring that national temples (Kokubunji), by edict were set up in 68 places nationwide, and worked on the improvement of local culture. Nara and Todaiji Temples are also said to be Kokubunji Temples. According to Engi, it is said that Awa Kokubunji Temple received the statue of Shaka Nyorai from the Emperor Shoumu and the “Daihan Nyakyou” (The Great Perfection of Wisdom Sutra), and that the main temple was dedicated to Empress Gwangmyeong. Opened by Gyoki Bodhisattva, He himself carved the Yakushi Nyorai and regarded it as the principle deity. At the beginning, the temple was with the Hoso sect belonging to the same Nanto school as Horyu-ji, Yakushi-ji and Kofuku-ji in Nara . The foundation stone of the tower has been excavated from this temple area, and it is designated as a historic site in Tokushima Prefecture.

When Kobo Daishi was on pilgrimage during the Genroku period (810-24) he opened this Shikoku Sacred Site, and changed the sect to Shingon. Later, the temple was reduced to ashes during the Tensho War, and the sacred grounds were considerably degraded, as can be seen from Jakumoto’s Shikoku Reijoki (Genroku 2 = 1689). The temple was rebuilt in the first year of Kanpo (1741) by Gowa Hayami Kakuro, the magistrate of Awa Clan, and the temple now belongs to the Sōtō Zen sect. It is a Sōtō Zen sect temple. The former glory still extends from the archeological site.

From Aizumi Interchange, take Prefectural Road 1 to Tokushima City. When you join National Highway 192, there is a sign indicating that you are driving towards Ishiicho. Follow that road to Prefectural Road 123.
⇒ Google map