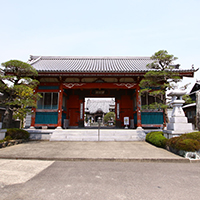 【Pilgrim’s Song】
In the water of the well look for your face
If tied, the chest grows red 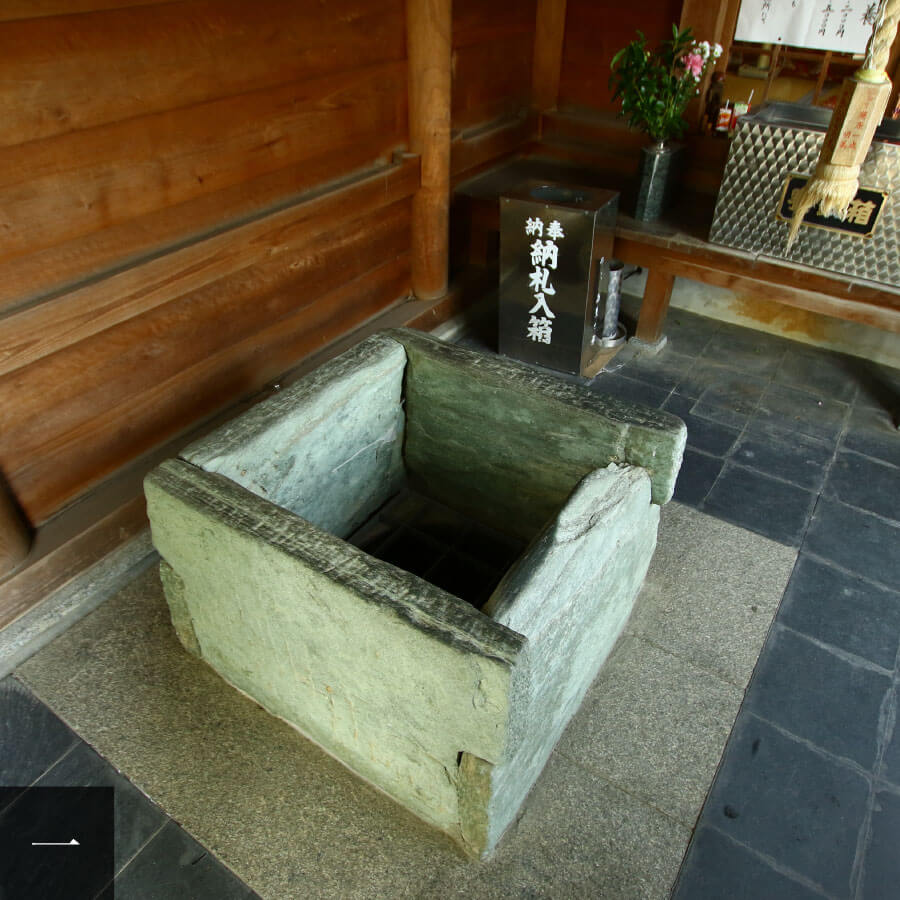 In the legendary well dug by Daishi, if you look down and look at yourself, you will be safe from illness and disease. No calamity will befall you for three years. * Image 1 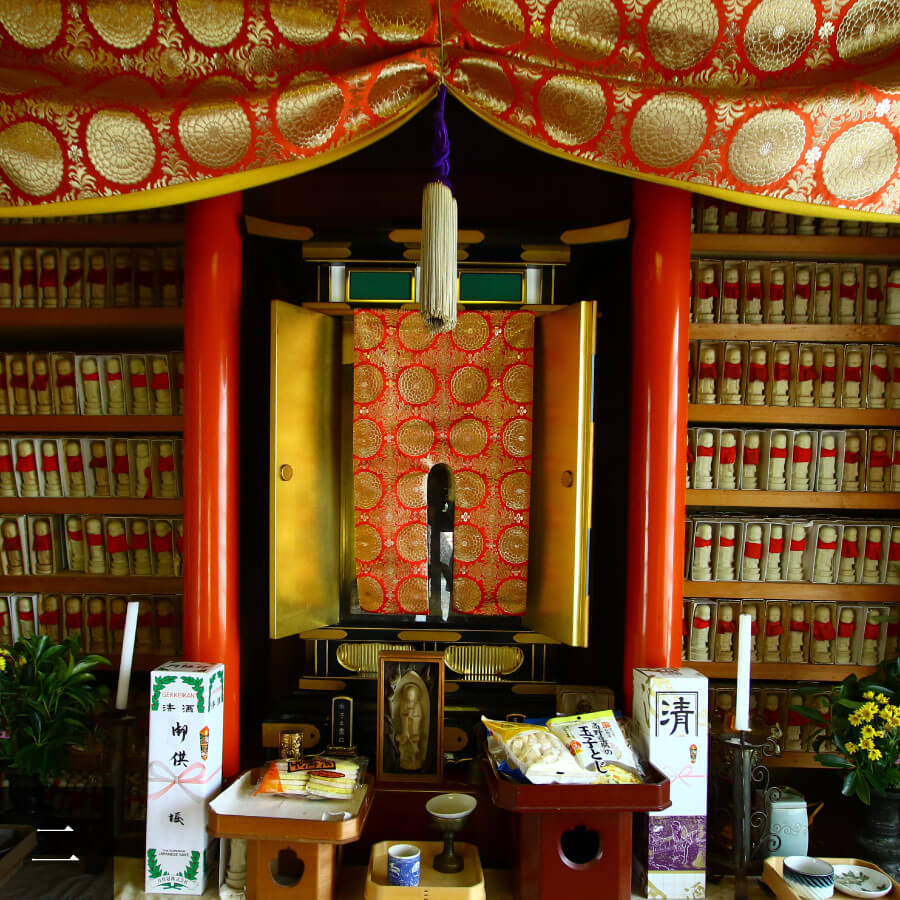 A stone statue of the master can be found, also called ”water master”. It is said that there will be benefits if you visit only 5 days to 7 days. * Image 2

History and origin of idoji

In the latter half of the 7th century, a new and fresh Japanese culture was created, statues were made, and priests were coming to Awa. Joining the priests, Emperor Tenmu (reigning 673-86) built the Imperial hall, and the named the temple “Idoji” at that time. The temple area is widely spread across Hachimachi, and there is a magnificent grounds that boasts 12 temples in addition to Shichido Temple. The main shrine is a statue of the Seven Buddhas of Yakushi Nyorai, whose main deity is the seated Yakushinyorai. Later, when Kobo Daishi visited to worship at these places in 815, the sixth year of the Kōnin era on the wall was enshrined an eleven-sided Kannon statue with a height of about 1.9 meters. This statue has a water bottle with a khakkhara (Buddhist ringed staff) cane in the right hand and a lotus flower in the left hand, and is currently designated as an important cultural property of the country. Daishi also pitied that the village was suffering from water shortages and muddy water, and when he dug a well with his Khakkhara cane, a spring came up from the earth overnight. Therefore, the neighborhood was named “Idomura” and the temple name was changed to “Idoji”.

However, the history of temples after the North and South Dynasties changed drastically. First, in the year of Sadaharu (1362), Dou was burned down by Yokoyuki Hosokawa’s war, and then in the tenth year of Tensho (1582), there was a disaster in the battle between Osamu Miyoshi and Motochika Sosobe. The main hall was rebuilt in the Edo period in 1661. The Seven Buddha Yakushi Nyorai, which is rare throughout the whole country, the Seven Great Misfortunes, the Seven Great Fortunes, and belief in good luck are all features of Idoji.

From Aizumi Interchange, take Route 1 to Kuramotocho and turn right at the intersection of NTT Tokushima Nishi Sales Office Chikaku. Turn left following the sign at about 2km ahead. There is also a route guide.
⇒ Google map