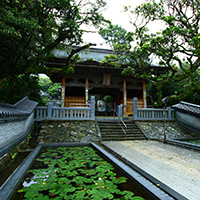 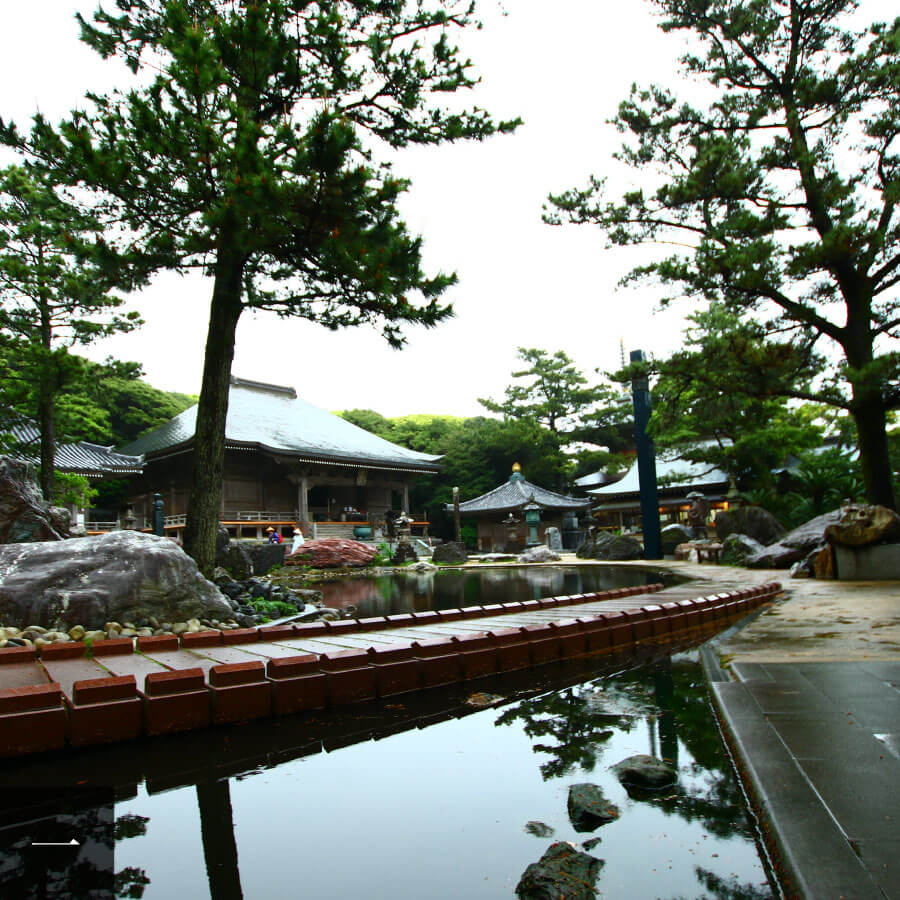 As you pass through Niomon, you will be greeted by the “East Potalaka Gate”. It is said to be closest to the connective world where Kannon lives. The grounds have a large pond and various halls. A Tosa five-coloured stone is reflected, and it is a water mirror like a mandala embraced by 108 Buddhas. * Image 1 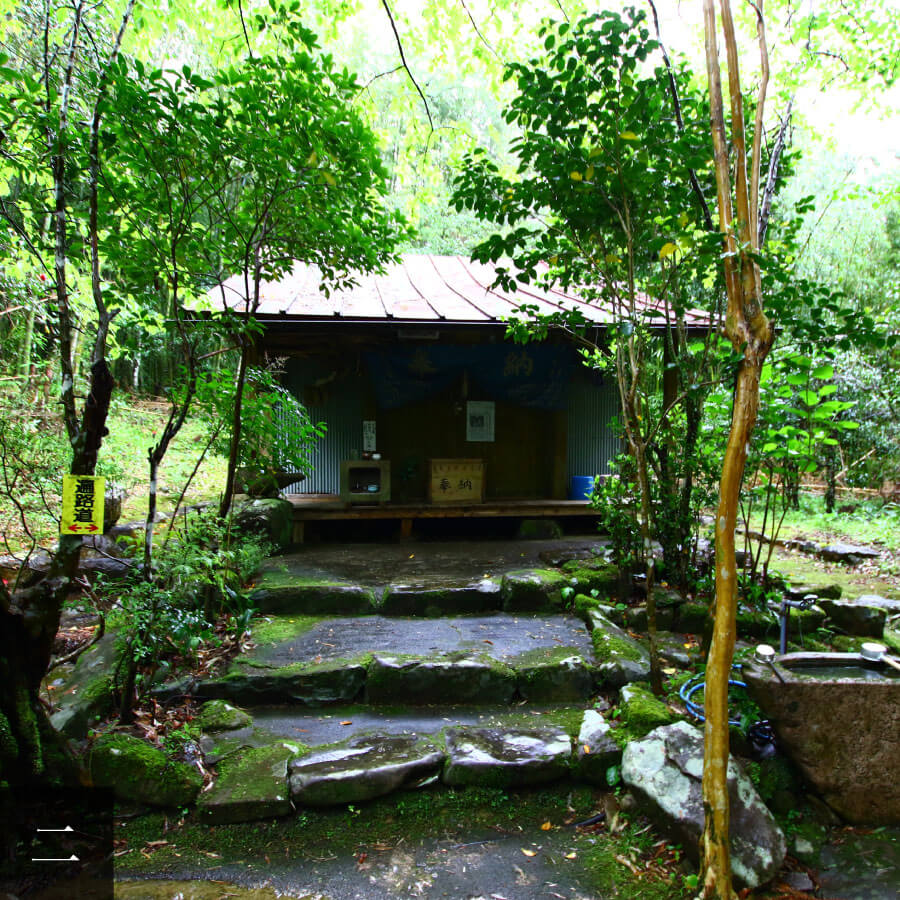 On the pilgrimage road to Kongofukuji, a pilgrimage inn left in Tosashimizu City was built during the Edo period. * Image 2

History and origin of Kongofukuji

Located on the hillside overlooking Cape Ashizuri in the national park, the southernmost tip of Shikoku, the grounds has a large temple boasting 120,000 square meters. Kobo Daishi sensed the ideal sacred place of the Kanzeon Bodhisattva, the world of Fudaraku that opens to the Pacific Ocean at the tip of the cape. It was reported that the Emperor Saga (reign 809-23) raised and founded the temple in response to an imperial request. It is said that this took place in the 13th year of the Kōnin era, when Daishi was 49 years old.。
The cape is reminiscent of the dark green sea of trees, the white lighthouse, the rippling waves of the cliffs, and the pure soil of Kanzeon. 80km from the previous 37th fudasho, now about 2 hours by car, about 30 hours on foot, 3 nights and 4 days, it is the longest distance between the Shikoku sacred site fudasho, and aptly named as the “training dojo”.

Looking at the details of Engi, Daishi sculpted and enshrined the three-faced Senju Kanzeon image when he built the temple, and named it “Kongōfukuji”. “Kongo” is said to have thrown a goblin towards Japan when Daishi came back from Tang Dynasty. “Fuku” is derived from “Fukujukai Mugen” in the “Kannon Sutra”. It became a petition of the successive emperors and was revered by military commanders. Genmitsu’s devotion is particularly strong, Genmitsu Naka built the Treasure Pagoda, and his child, Yoritsumu, contributed to the restoration of the various halls.
Since the Sengoku period, there was a prosperity of the “everlasting country beyond the sea”, and people worshiped through Pure Land Buddhism and yearned for Mount Potalaka (the Pure Land of Kannon). The ruins said to be the “Ashizuri Nanafushigi” (Foot Stomping Seven Wonders) mysteriously dotted with indentations are scattered around the tip of the cape.

From Tosa Kuroshio Railway Nakamura Station, drive on Route 56 and Route 321 in the direction of Cape Ashizuri, and turn left on Prefectural Road 27 in Tosashimizu City. Go straight to Ashizuri and Nakahama and you will find it on your left.
⇒ Google map