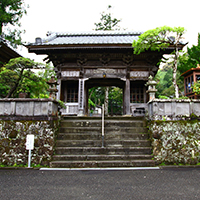 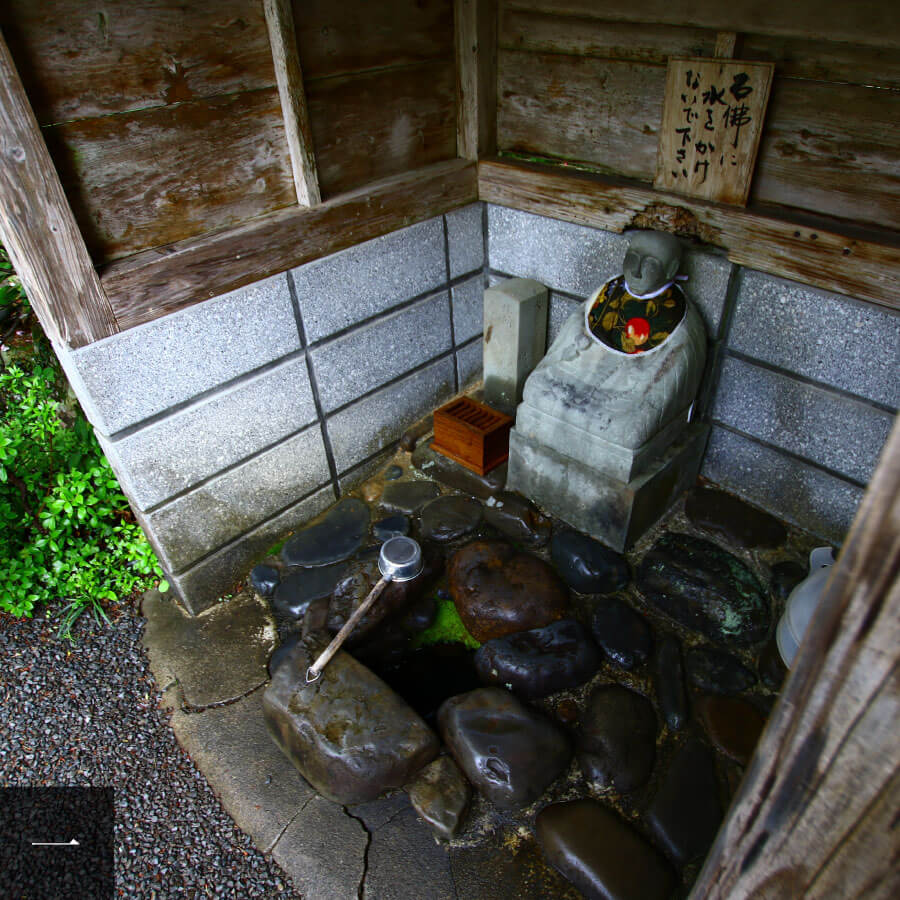 The right hand side of the main hall. Daishi is named “Treasure Medical Water” and is said to be effective for eye diseases. * Image 1

Stone statue of the Red Turtle 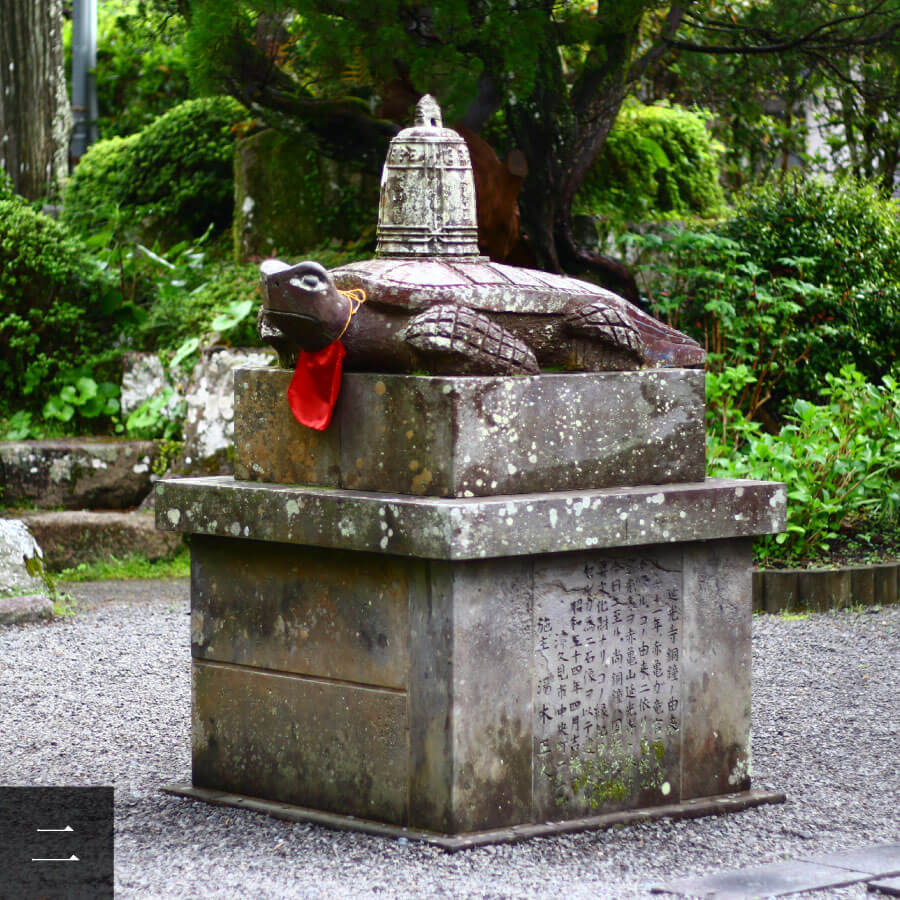 A stone statue with the motif of the legend of Akagame. The real bell is still present and stored in the temple. * Image 2

History and origin of Enkoji

It is the last sacred place of the “training dojo” at the southwest end of the Tosa temples. Let’s unravel the string of luck of Ryugu Castle, which links to the origin of the current mountain and temple names. It is said that during the Heian period, around 911, the red turtle in Ryugu was carrying a copper bell on its back. The monks immediately devoted it to the temple and changed the name and name of the mountain to “Akameyama Enkoji”. This bell was engraved with the name “New Year of Enoki 11…” and was struck by the opening and closing signals of the Kochi Prefectural Assembly at the beginning of the Meiji Era with the small bell of 33.6mm in height and 23mm in diameter. It is also said that it has been designated as a national important cultural property.

Let’s go back with Engi to the origin of the temple. In the first year of Kamikame, Gyoki Bosatsu received an edict by Emperor Shoumu (reign 724-49), prayed for safe delivery and the eradication of evil, and carved a statue of Yakushi Nyorai. It is said that it was thus founded. At that time, it was named Kamezuruyama after the name of Yakushi Nyorai’s Zuisou. The Buddhist relic was then placed within the honzon.
Kobo Daishi visited this temple during the Enryaku era (782 to 805), and revived it as a place for Emperor Kanmu (reign 781 to 806). He also enshrined the statues of the illuminating and moonlight bodhisattvas and established a seven structure temple grounds. At this time, Daish struck out of the ground with his priest cane the “eye wash well” and this spring still exists today.

Eyewash well, stone monument built in 1680, large red turtle stone statue (a symbol of the legend of Ryugu Castle, a red turtle with a bell on its back. On the right.)

From Tosa Kuroshio Railway Sukumo Station, take National Route 56 in the direction of Nakamura City and turn left at the bus stop Temple Yamaguchi. Continue straight for about 1km and it is in front.
⇒ Google map