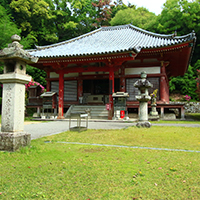 【Pilgrim’s Song】
If the Kannon’s grief is strong,
I’ll pull up my sins 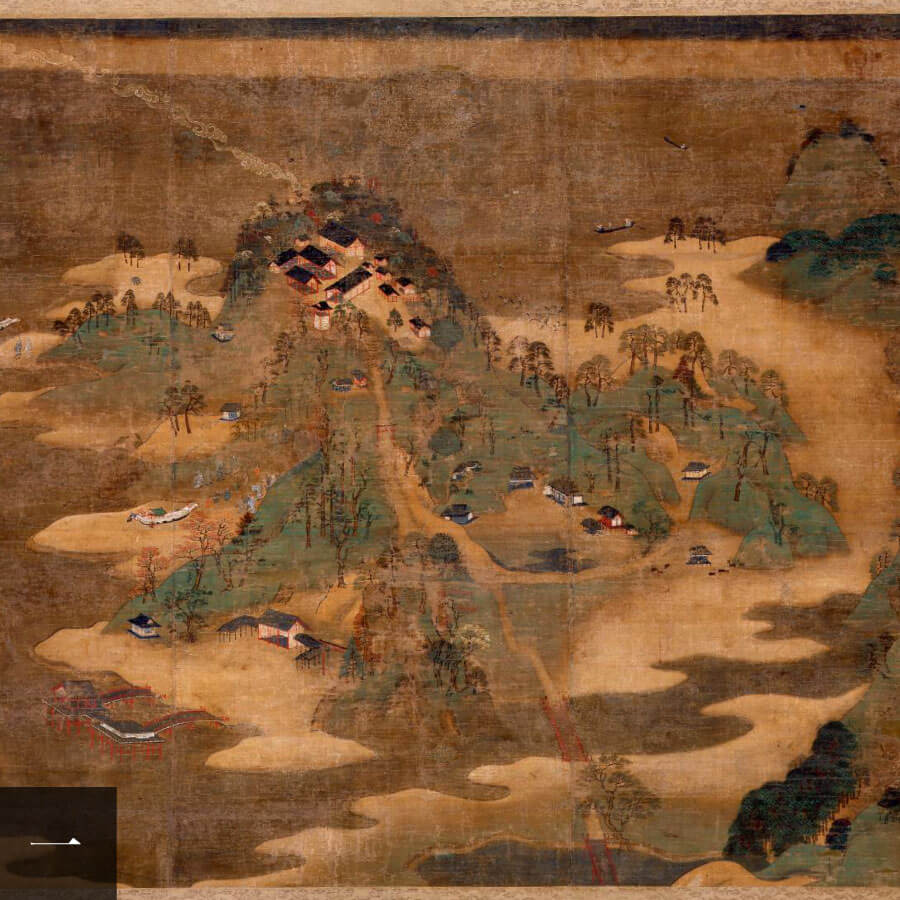 A Japanese picture depicting the origin of the Koto Hachimangu Shrine, built by Nisshō Shonin, and the state of the shrine near the summit in the center. * Image 1 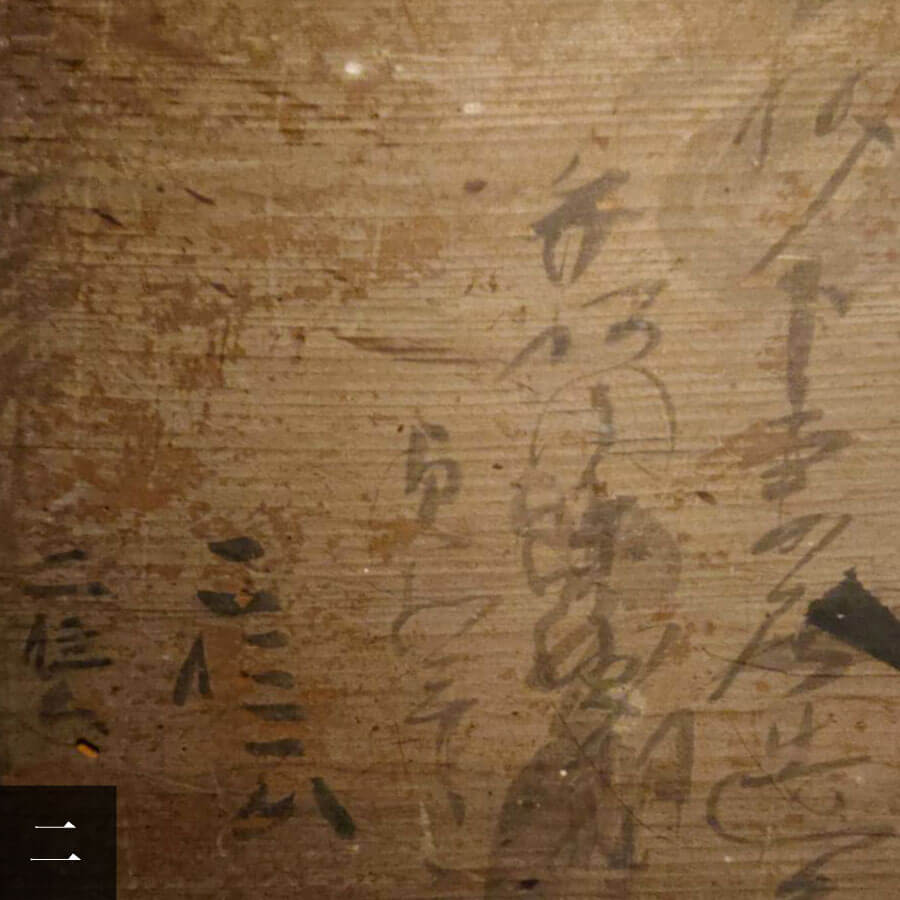 In the main hall, “Changzhou Shimozumasho … Sadaka 3rd year …” (Northern and North Korean eras) is written and is considered to be a valuable pilgrimage material. * Image 2

History and origin of Kannonji

It is mentioned in the previous section that Kannonji is located in the same precinct as the 68th and Jinnein temples, and the opening period, foundation time and origin are the same. However, the temple name when it was founded was called “Jinguji Hokkoin”. Since then, it has been traced from Engi to 100 years later. It is said that in the second year of the Daidō era (807), Kobo Daishi entered the mountain as the seventh priest of the temple when he delivered the statue of Amida Nyorai, the principle deity Buddha of Koto Hachiman. It was there that the Daishi built a seven structure temple in the style of Chukindo, Toganedo, and Saikondo, following the Kōfuku-ji Temple of Nara in the middle of the Koto Mountain. A carved statue of the sacred Kanzeon Bodhisattva, the principle deity, was enshrined in the Nakakindo. Furthermore, a pagoda was built in lapis lazuli, coral, and onyx, and others of the “seven treasures” (which are gold, pearls, silver onyx, coral, crystal, and lapis lazuli) were buried here. it is said that the temple name was changed to “Shippozan Kannonji” (Seven Treasure Mountain Kannonji) and designated as a sacred place.

Emperor Kanmu (reigned 781–806) began his rule as the third-generation Emperor, and during the Muromachi period, the son of Ashikaga Takashi, served as the chief priest for 45 years. Temple fortune grew and was prosperous. However, the main Buddha was moved by the Meiji new government’s Shinto-Buddha separation order, and it became a second sacred place within the grounds and there were now two sacred sites within one precinct. The main hall, also called the Kondo, was made with Muromachi period architecture and is an important cultural property designated by the country. The vermilion pillars are colorful. There is a treasure museum on the grounds, including the “Buddha Nirvana Statue” (inside a miniature shrise, Heian-Kamakura period), which is rare as a sculpture, and “Kindan Miyae Engi” (colored, Kamakura period), “Fudo Nijido” In addition to the statue (colored on silk, Muromachi period). In addition there are many important national cultural properties such as the Buddha statues mentioned above and are collected.

The highlights of Kannonji

From Onohara Interchange to National Highway 11 / Prefectural Road 8 toward Takamatsu City. Go straight across the JR Yosan Line crossing. If you cross the Zaida River, you will find a parking lot at the foot of Kotonayama.
⇒ Google map